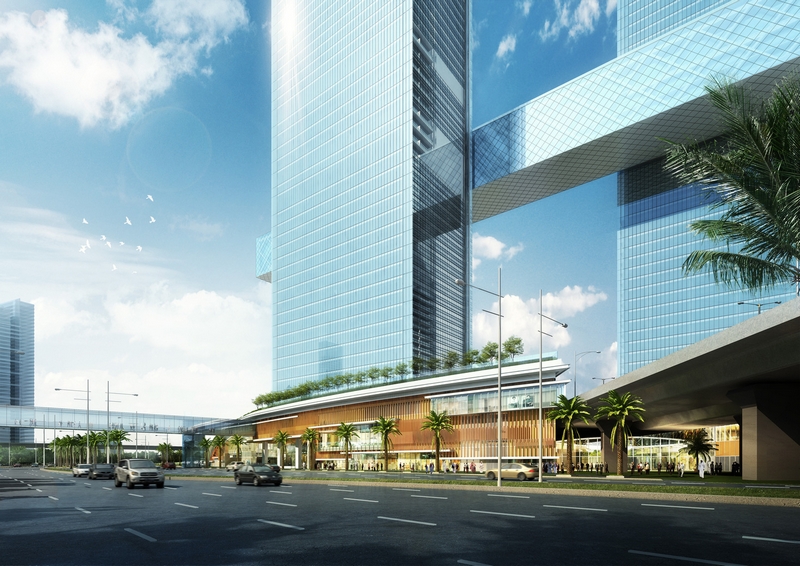 With its two towers connected by a steel bridge structure, which will extend as the world’s longest cantilever, One Za’abeel is set to become the next iconic building in Dubai. The Japanese architects designed a cantilever that is “off” the towers, not “on” like most buildings with a bridge  between the top of the tower, giving it a floating effect.

Nikken Sekkei-designed One Za’abeel Development in Dubai Is Home to World’s Longest Cantilevered Building, The Link, Standing 226 Metres High and Weighing over 9,500 Tonne

Representatives from Nikken Sekkei, the leading Japanese architectural, engineering, and urban design firm, have celebrated the milestone of lifting the world’s longest cantilevered building, The Link, to its final destination 100 metres above the ground in Dubai in a feat of architectural ingenuity, with the cantilever connecting the two towers of the iconic One Za’abeel high-end real estate development.

The 226-metre, 9,500-tonne cantilevered structure connects the two towers of the iconic One Za’abeel development, a symbol of ambition, innovation, and the pioneering spirit of Dubai. The final piece of The Link has now been raised into place, completing a project for Nikken Sekkei which began in 2014.

The design concept of the new iconic landmark, which is located at the heart of Dubai, was created by architects and engineers from Nikken Sekkei. The project was unique in its sheer complexity, which involved designing the world’s longest cantilevered building, which was offset between two towers, 100 metres above a busy six-lane highway.

Developed by Ithra Dubai, a wholly owned subsidiary of Investment Corporation of Dubai, the mixed-use development will feature offices, a luxury and ultra-luxury hotel, retail, entertainment, and high-end residential units.

The Link itself will feature a range of attractions, including Michelin star standard restaurants, observation decks creating panoramic picture opportunities, and an infinity pool, all creating a distinctive lifestyle destination.

Tadao Kamei, President & CEO, NIKKEN SEKKEI, said: “Dubai is no stranger to superlatives, especially when it comes to its iconic skyline. Our remit was, therefore, to develop a concept and design that was genuinely unique and indicative of the emirate’s determination to be a city of the future.

“Dubai is perhaps one of the only places on earth that it could have been constructed due to the sheer complexity of the design and construction techniques.” 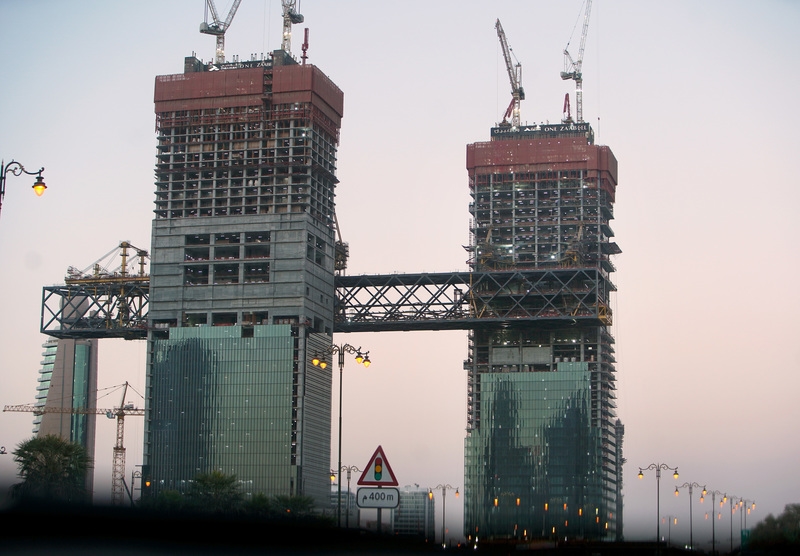 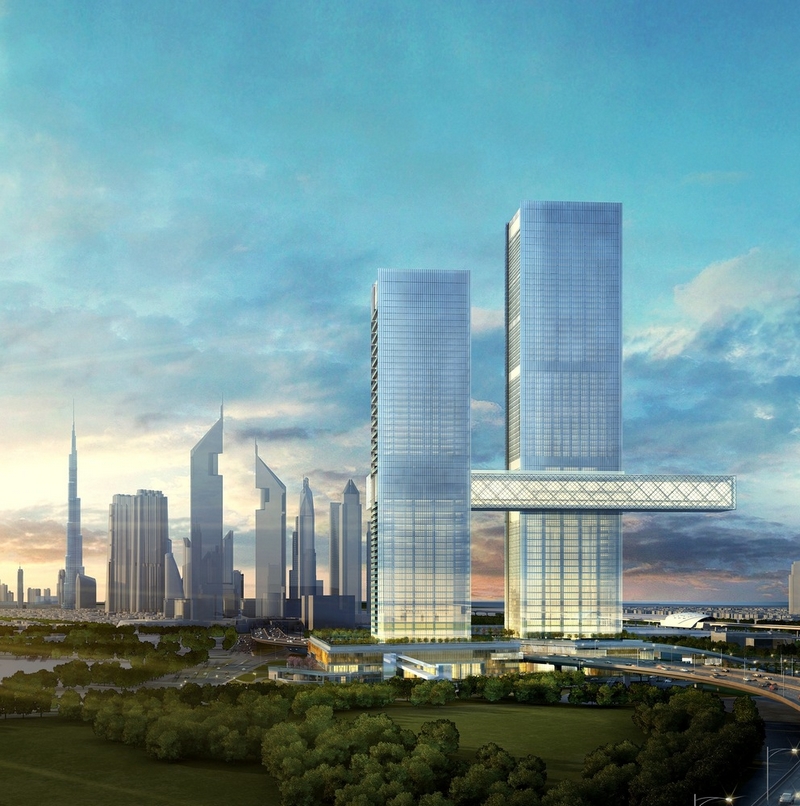 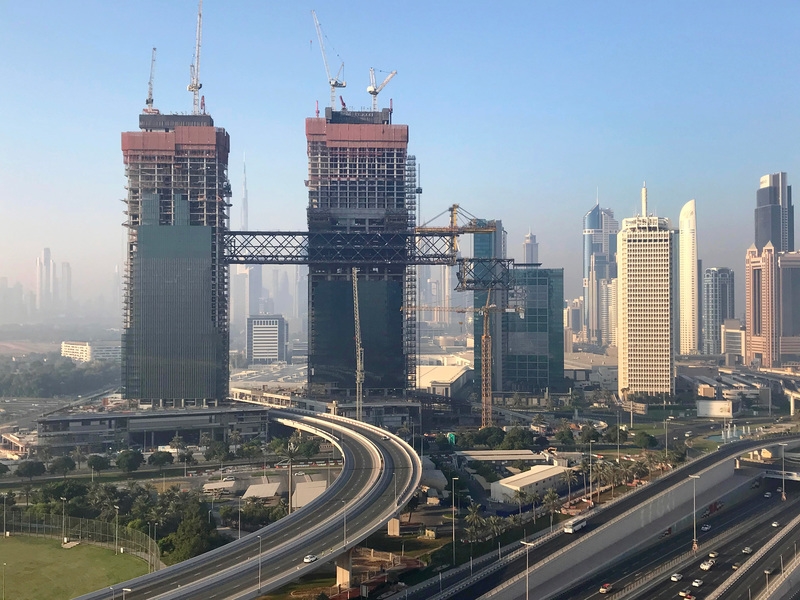 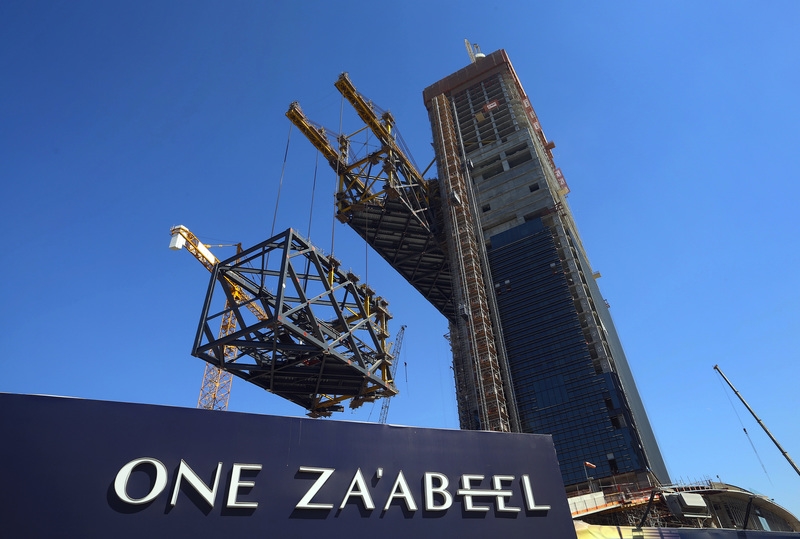 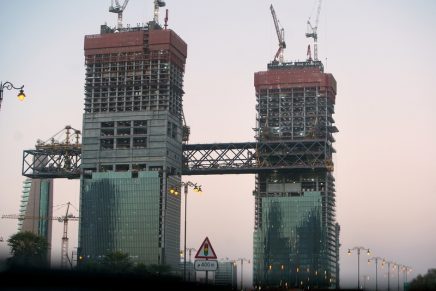 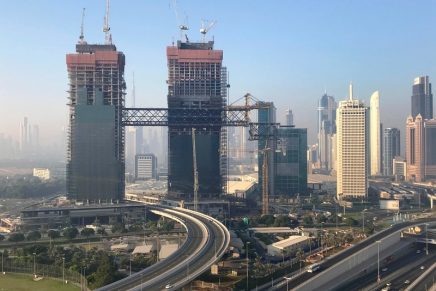 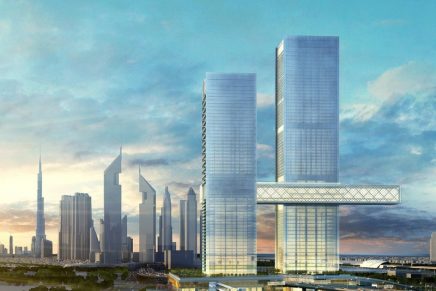 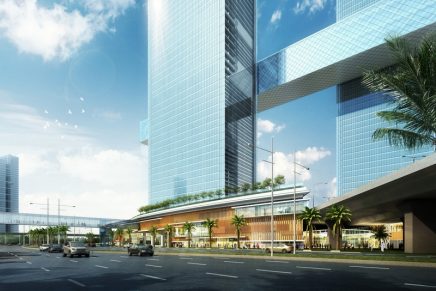 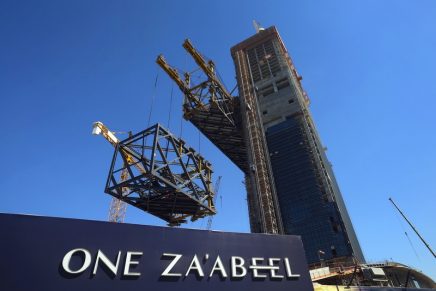