Luxury home prices in the U.S. rose 5.2 percent year over year to an average of $1.9 million in the second quarter of 2018, according to real estate brokerage Redfin. This is lower growth than in the first quarter, when prices were up 7.3 percent. The Redfin analysis tracks home sales in more than 1,000 cities across the country and defines a home as luxury if it is among the top 5 percent most expensive homes sold in the city in each quarter. 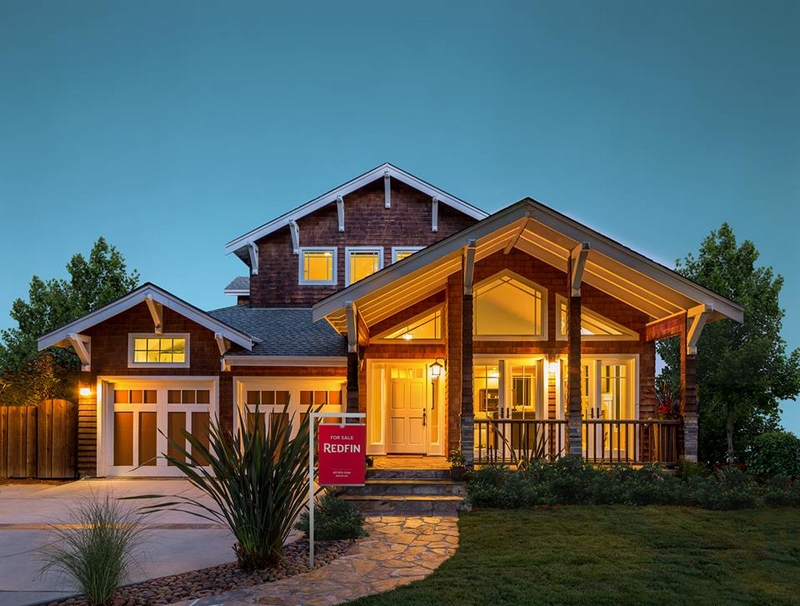 Luxury homes went under contract after an average of 65 days on market, six fewer days than the second quarter of last year, and the fastest pace on record since Redfin began tracking this metric in the first quarter of 2009. The market sped up even more for non-luxury homes, which spent an average of 51 days on market, 10 fewer days than last year.

“Demand for luxury homes in the U.S. has strengthened this year because stock-market gains and tax reform put more money in the pockets of the wealthy,” said Sheharyar Bokhari, senior economist at Redfin. “Yet the inventory shortage is ongoing–even among multi-million-dollar homes. As a result, we are seeing luxury homes sell in record time. The good news is that inventory declined at a slower rate last quarter, which has alleviated some of the upward pressure on prices, resulting in slightly lower price growth in the luxury market last quarter.” 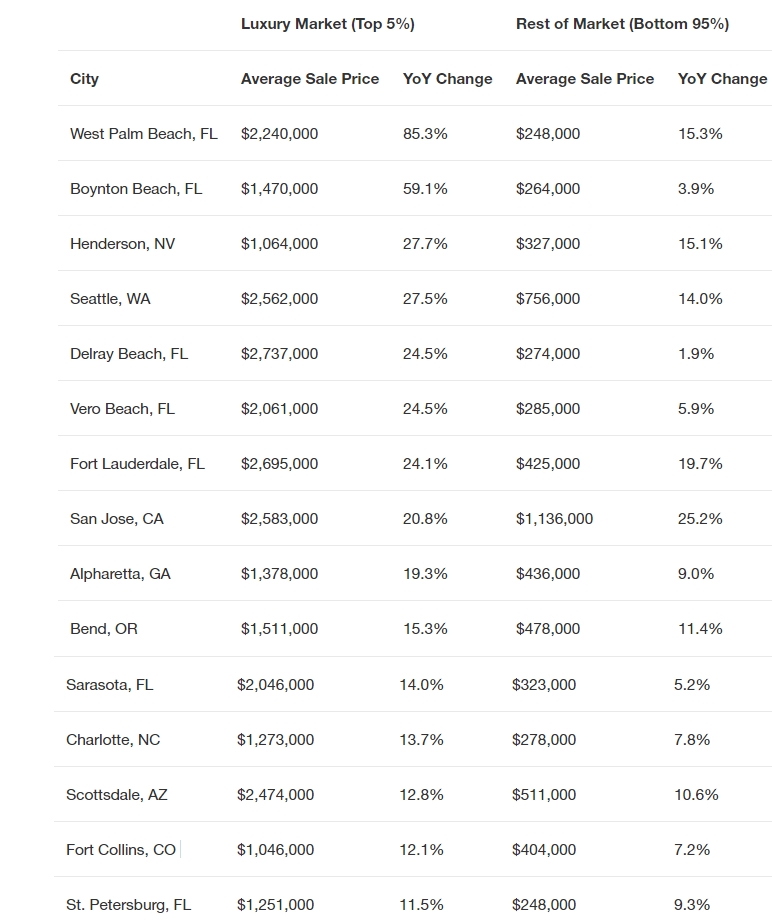 Cities with the Largest Gains and Loses in Luxury Home Prices

Redfin believes some portion of the gains in these cities can be attributed to the $10,000 cap on state income and property tax deductions established in the new tax code, enacted in December 2017. As Redfin has predicted and begun to see in Redfin.com user search data, more people are leaving high-tax states like New York and California for states with lower local income and property taxes like Florida, Nevada and Washington.

The average price for a luxury home fell the most in Boston, down 16.7 percent year over year last quarter. During the same period, prices for non-luxury homes in Boston grew 9.7 percent. Prices for high-end properties also fell in Clearwater, Florida, (-15.6%); Sandy Springs, Georgia, (-1.9%); and Alexandria, Virginia, (-1.6%).

Inventory and Sales of Higher-Priced Homes: $2 million and Above

When looking at inventory and sales, the approach of looking at the top 5 percent most expensive homes doesn’t work, so for these metrics, Redfin looked at homes priced at $2 million or higher. While the trends will be similar, the figures for inventory and sales are based on a different group of homes than for prices and speed, which was the top 5 percent of homes in each city by price.

The number of homes for sale priced at or above $2 million fell 7.3 percent year over year in the second quarter of 2018 compared to a year earlier. The decline in inventory is less severe than the prior three quarters, which saw double-digit, year-over-year drops in the number of $2 million-plus homes for sale.

Sales of homes priced at or above $2 million were up 11.4 percent in the second quarter, the eighth consecutive quarter of sales growth. The consistently high growth in luxury home sales is likely fueled by benefits to the wealthy from tax reform and the stock market’s strong performance in the first half of this year. 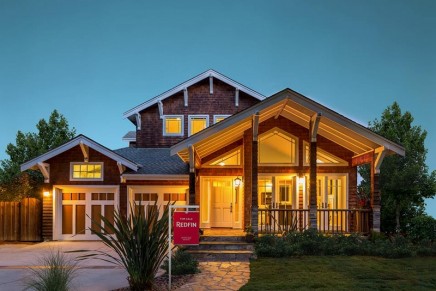 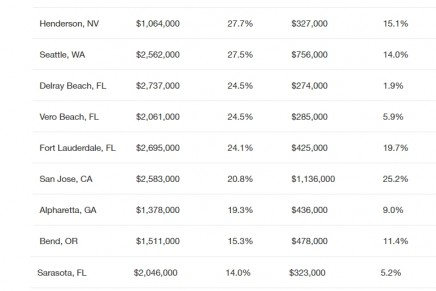