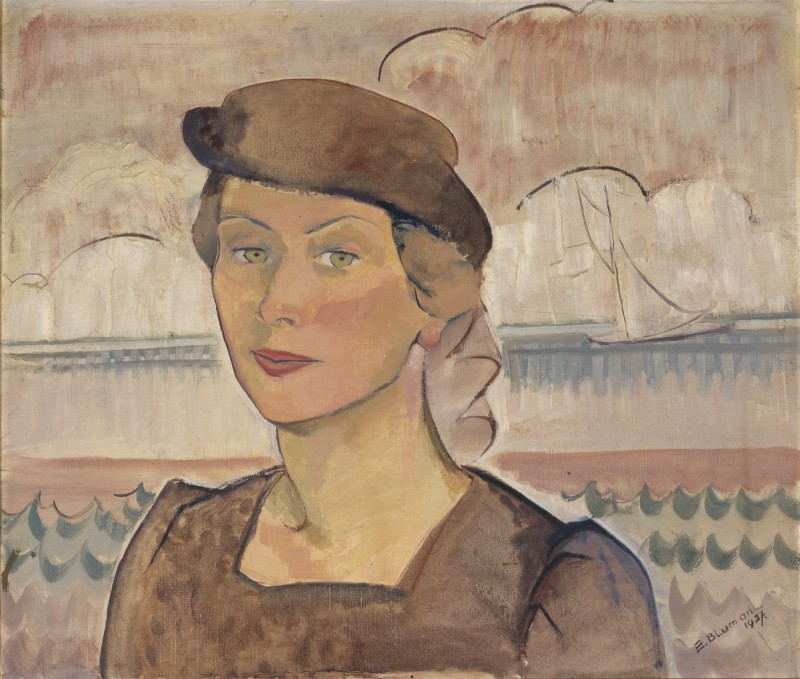 This article titled “Can you name five female artists? How the art world is rewriting history” was written by Clarissa Sebag-Montefiore, for theguardian.com on Tuesday 28th May 2019 02.23 UTC

When Sydney-based arts consultant John Cruthers hires a new intern, he always gives them what seems like a simple first job.

Go to the 20th century rooms in the Art Gallery of New South Wales, he instructs, and do a count. What is the ratio of female to male artists displayed?

Related: How the art world airbrushed female artists from history

The intern returns and reports the same number: 76% of the collection is male and just 23% female. The Art Gallery of NSW is not alone: most state or national galleries across Australia sport similar statistics (the National Gallery of Australia admitted this week that just 35% of their Australian art collection is made by women).

Put simply, female artists – in the past as today – are grossly underrepresented.

“What it means is we have a warped or limited view of our history. By having so few women you miss out on a big part of the story,” says Cruthers.

This month, Cruthers, 65, is hoping to change that with the launch of Sheila: A Foundation for Women in Visual Art – a new incarnation of the private Cruthers Art Foundation, which was founded in 2007 by his parents, Sir James and Lady (Sheila) Cruthers.

The public foundation (John Cruthers is chair) launched on Tuesday at the University of Western Australia and will support female artists by purchasing and commissioning works; by providing scholarships for female art historians and curators; and by hosting an annual symposium on female Australian art.

Sheila joins a larger global campaign for female recognition across visual arts. The National Gallery in London only has 24 works by women out of some 2,300 paintings, leading to a push for more acquisitions. In 2016, Washington DC’s National Museum of Women in the Arts hit a nerve when it asked the public to name five female artists (many couldn’t; cue the hashtag #5WomenArtists).

Now the National Gallery of Australia in Canberra has launched its own social media campaign #KnowMyName, and it’s more than just words: the gallery has announced that for five months in 2020 it will only show female artists in the 20th century gallery of Australian art.

Cruthers is in many ways continuing the legacy of his family. His father James, known as the man who introduced television to Perth, had a long career in News Corp, rising to become Rupert Murdoch’s personal adviser in New York.

On his retirement at the age of 66 in 1990, James was offered either a half million-dollar payout, or $100,000 per year for the rest of his life. James opted for the latter. The golden handshake (he lived until he was 90) provided the funds for the purchase of art.

But it was James’ wife, Sheila Cruthers, who was the passionate advocate for female artists.

Leaving school at 14, Sheila had dreams of being a lawyer. She never got the chance, becoming instead a wife and mother. But this ambition, says Cruthers, channeled itself in other ways. In the 1970s she started to collect female Australian artists, dating from the contemporary back to the 1880s. (Just over 18% of the collection is Aboriginal.) In 2007, the Cruthers Collection of Women’s Art – the country’s largest collection of its kind – was gifted to the University of Western Australia.

Today, despite initiatives such as #KnowMyName and #5WomenArtists, many collectors and museums still believe that female art from years gone by is underrepresented because there wasn’t any, says Cruthers. “There was,” he asserts, speaking from his home – a former gay bar turned spacious family haunt – in Sydney’s Newtown.

To prove this, the Cruthers Art Foundation in 2015 conducted a pilot study of professional female artists working from 1870 to 1914 in NSW titled Into the Light: Recovering Australia’s Lost Women Artists. They discovered 431 women. Yet the vast majority are not on the historical record.

Now Cruthers is raising money to take the study national through the Sheila Foundation. He is adamant that such lost artists should be “getting back into our museums, into our story”.

One such story is artist Clarice Beckett (1887–1935), who was forced to make her tonal paintings (of the water and suburbs of Melbourne) at dawn, before she returned home to look after her ageing parents. All 2,000 of her works were stored in an old dairy shed in Victoria. In the 1970s, the doors were opened. The majority had been destroyed by birds, cockroaches, rot and mould. But 700 paintings survived. Beckett has since been revived as a great lost painter and modernist artist with works in the collections of the NGA and the National Gallery of Victoria.

In the 19th and 20th centuries, critics derided female artists’ efforts, declaring they were more suited to decorative or domestic art (sculpture and painting were more highly regarded). Many women weren’t allowed to go to art school (art was considered an “unsuitable” profession) and they were denied access to live nude models, a critical part of any artist’s training.

Today such blatant bias is not as strong or prevalent, but it exists. One of the Sheila Foundation’s remits will be to support The Countess Report, which has collected data on male-female ratios in Australian art since 2008. In 2014, just 34% of Australian art media articles featured or even mentioned female artists – and only 20% of art magazine covers. Indeed, the only area where there is gender parity is in administration and management positions.

As such, artist Agatha Gothe-Snape believes the launch of Sheila is “incredibly heartening … anything that gives [female artists] more visibility, financial remuneration and value is just so needed”.

As for Cruthers, there is one work from the collection that speaks across the decades: Freda Robertshaw’s 1940 painting Standing Nude (self-portrait). Robertshaw did not have enough money to hire a nude model, so, in a bold and daring move, she posed herself – creating the first naked self-portrait exhibited by a female artist in Australia.

In it, she stands stripped and bare except for the sandals on her feet, with her legs parted proudly and one hand resting on a curtain. She stares straight ahead.

• Sheila: A Foundation for Women in Visual Art launches at the University of Western Australia at 6pm on Tuesday 28 May. In May 2020, the National Gallery of Australia will unveil a new exhibition of Australian women artists, and an all-female takeover in its gallery devoted to 20th century Australian art.