Bvlgari Hotels to land in Paris and Moscow in 2020. Paris is always a good idea, but, beginning in 2020, says Italian luxury house Bulgari, it will be an even better one. The Bvlgari hospitality arm will open a new high-end hotel at the prestigious address of 30 Avenue George V, in Paris, France, one of Paris’ most exclusive and distinctive areas. Following the opening of Beijing and Dubai in 2017, Shanghai in 2018, Moscow and Paris in 2020 the Bvlgari Hotels and Resorts collection will grow to eight properties, including Milan, London and Bali.

The Bvlgari Hotels & Resorts latest jewel will feature 76 rooms, a 25-metre pool, bar and restaurant, and a Parisian courtyard. Set on an exquisite corner of the Triangle d’Or, the Hotel will be designed by Italian architectural firm Antonio Citterio Patricia Viel and will combine a classic Parisian Haussmann-style with a contemporary rationalistic façade, announced the luxury hospitality company.

“The restyling of the building has been conceived as a transition to modernity: while both the use of the typical Parisian limestone and the respect of the ‘alignment’ criteria recall the 19th century Haussmanian urban patterns, the completely renewed façade evokes a rationalistic style that is an expression of the most contemporary architectural design,” said Bulgari in a statement.

The Bulgari Hotel Moscow delights every guest with its stunning sense of occasion.

Also slated to open in 2020, Bvlgari Hotel Moscow occupies a premier place within one of the city’s most prestigious locales. Just 300 metres from the Kremlin and Red Square, the richly appointed hotel stretches out over an entire city block and redefines the very texture of Moscow’s historic district. 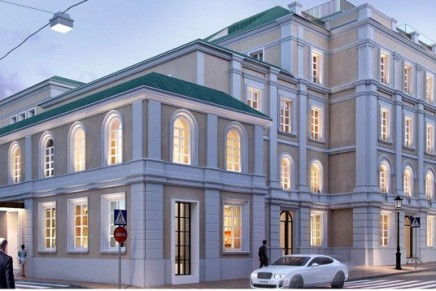 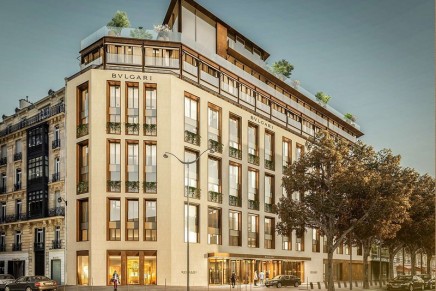