Looking further into the future: These Vision Vehicles will address people’s mobility needs in about three decades from now. 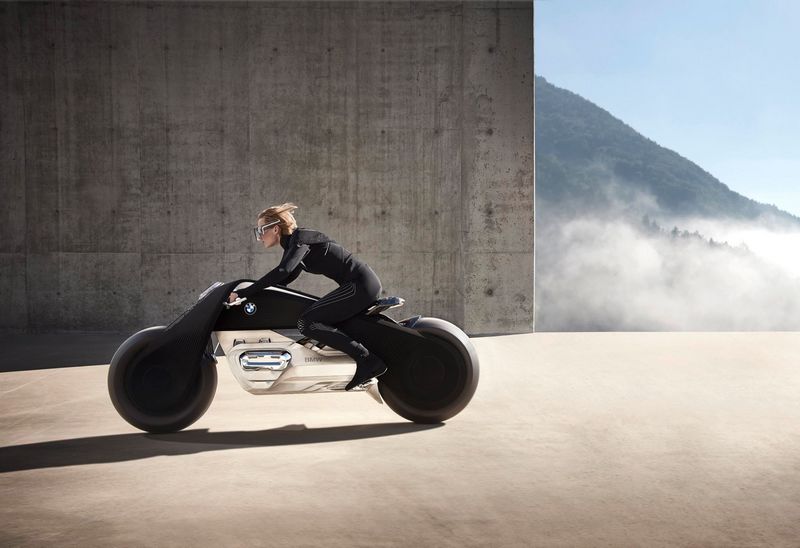 Mobility is set to become increasingly multifaceted and connected. In 2016, its centenary year, the BMW Group is looking further into the future than ever before and developing a series of Vision Vehicles to address people’s mobility needs in about three decades from now.

Following the BMW, MINI and Rolls-Royce Vision Vehicles, the BMW Group has revealed its next progressive solution, this time for the world of motorcycling: the BMW Motorrad VISION NEXT 100. It was unveiled on 11 October at the “Iconic Impulses. The BMW Group Future Experience” exhibition in Los Angeles.

BMW Group’s vision of biking in a connected world is about escaping from the everyday. “The moment you straddle your bike, you are absolutely free. Your bike is The Great Escape,” says Edgar Heinrich, Head of Design at BMW Motorrad, outlining the core principles underlying his brand’s Vision Vehicle.

When designing the BMW Motorrad VISION NEXT 100, the team was thinking decades in advance. In tomorrow’s world, connectivity and digitalisation will be all-encompassing. Most vehicles will be driverless, and life will be organised largely by digital services. More and more of the world’s population will be living in urban areas.

The iconic elements in the BMW Motorrad VISION NEXT 100 make it immediately recognisable as a “genuine BMW” and include the black frame triangle, white lines and classic, boxer engine forms. The bike itself, however, is powered by a zero-emissions solution. Body elements such as the seat, upper frame cover and wings are made of carbon. Overall, displays, cables and buttons are a rare sight on the BMW Motorrad VISION NEXT 100. 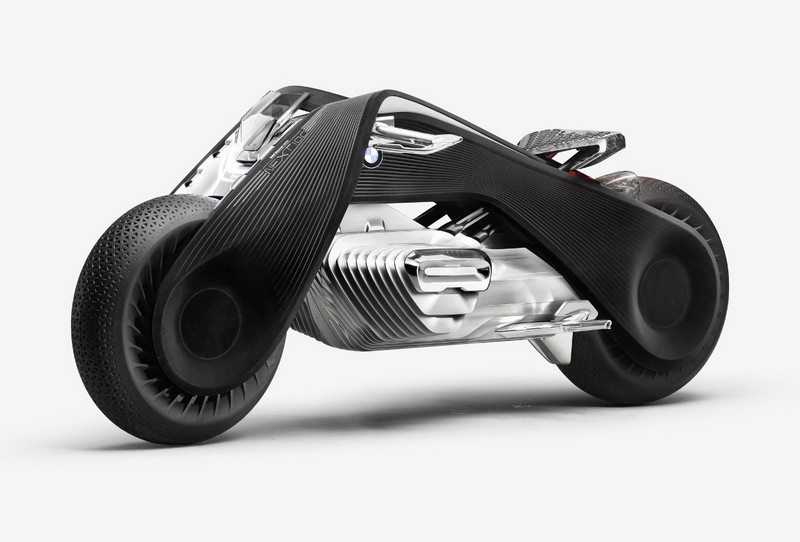 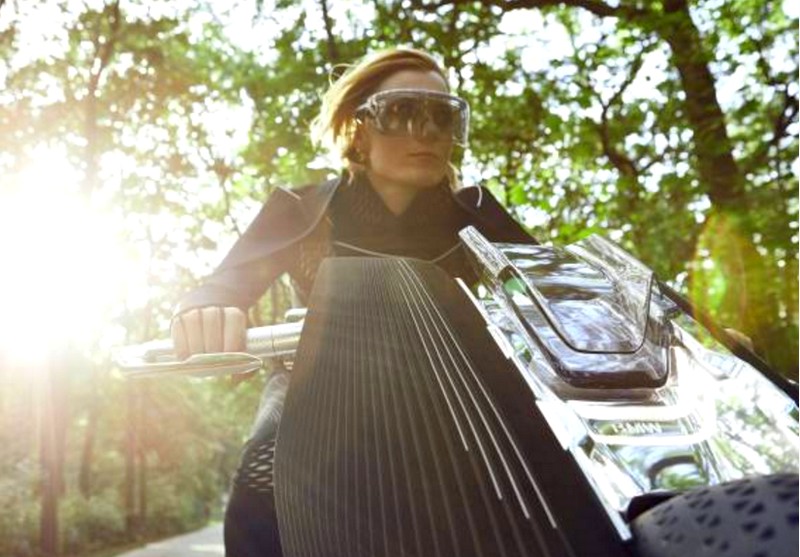 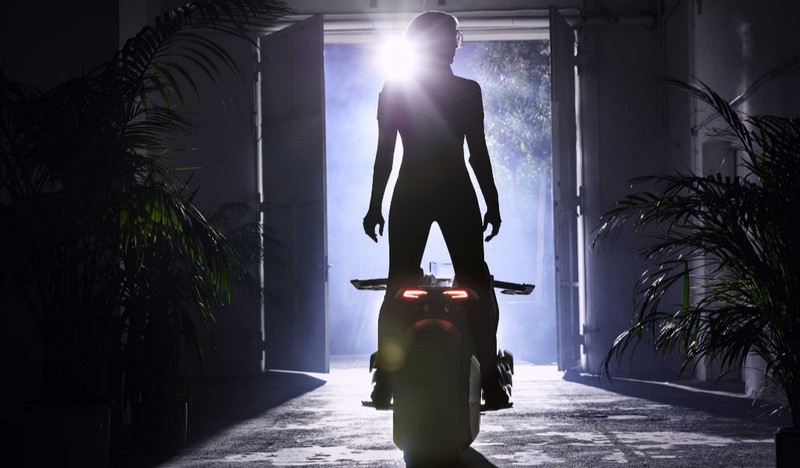 But amid the clear forms of its front is one element that immediately stands out: a red rocker-switch on the right-hand end of the handlebar. This obviously mechanical element blocks or releases the throttle grip and is a homage to the analogue days of original biking.

The black frame triangle of the BMW Motorrad VISION NEXT 100 is a deliberate reference to the first ever BMW motorcycle, the R32, made in 1923. On the vision bike, however, it has been reinterpreted to form a functional sculpture linking the front and rear wheels with a dynamic sweep. Bearings and joints are nowhere to be seen; instead the frame appears as a single, integrated whole.

The Flexframe appears as a single, integrated whole that extends from the front to the rear wheel of the BMW Motorrad VISION NEXT 100. Being flexible, it allows the bike to be steered without the various joints found on today’s motorcycles. Turning the handlebar adjusts the entire frame, changing the direction of the bike. The amount of strength needed to steer depends on the situation: at standstill, the Flexframe allows a light steering whereas at higher speeds it remains very rigid. 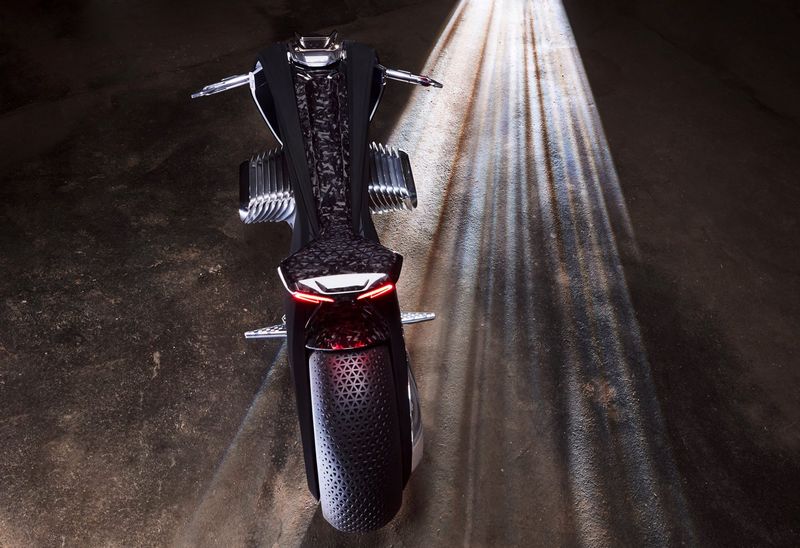 The front is minimalist in design and enhanced with high-quality details. Integrated into the frame above the front wheel is a large metal reflector incorporating the two vertically positioned, U-shaped elements that make up the daytime running light. It also acts as a wind deflector and, in combination with the small, integrated windshield, helps to optimise the air flows.

What kind of world will be home to the motorcycle of the future? “Normally, when we develop a motorcycle, we tend to think 5 to 10 years in advance. On this occasion, we looked much further ahead and found the experience especially exciting. There are some very attractive prospects. I firmly believe the BMW Motorrad VISION NEXT 100 sets out a coherent future scenario for the BMW Motorrad brand,” explained Edgar Heinrich. 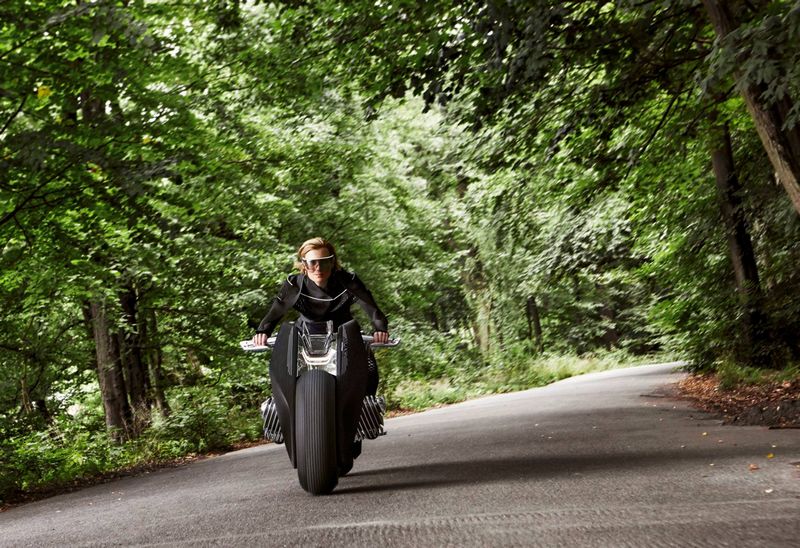 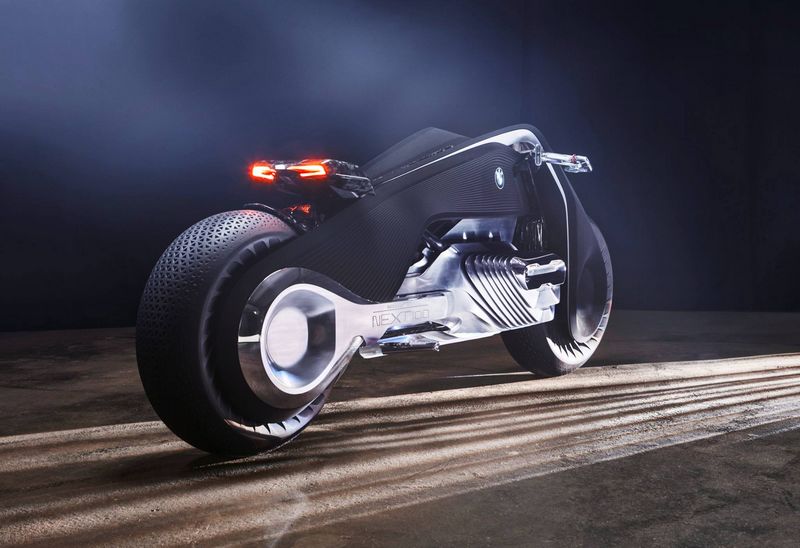 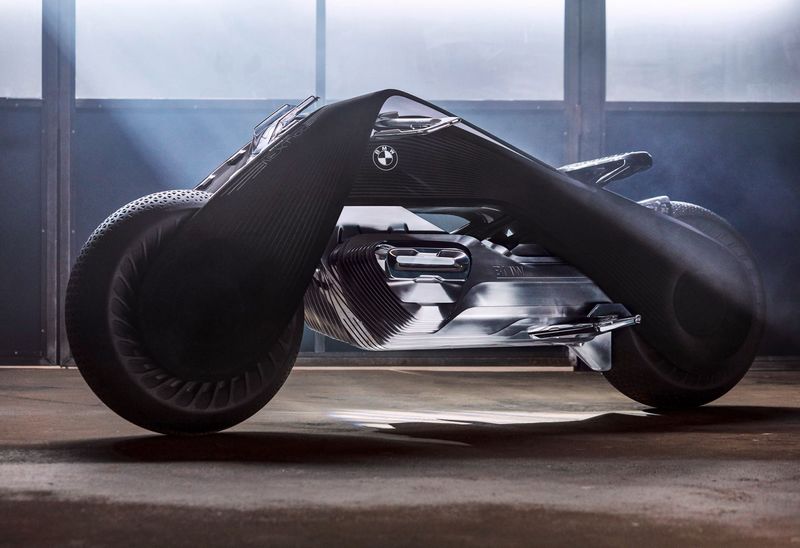 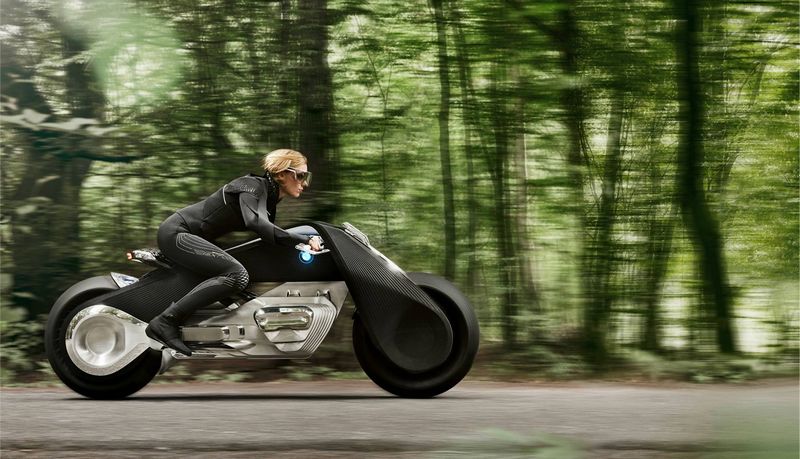 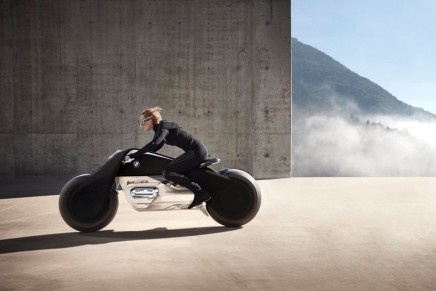 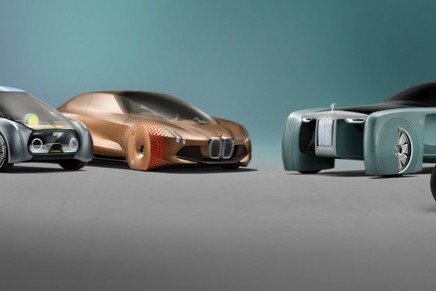 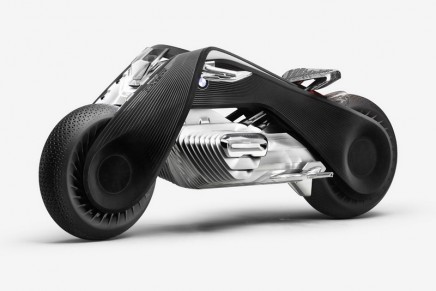 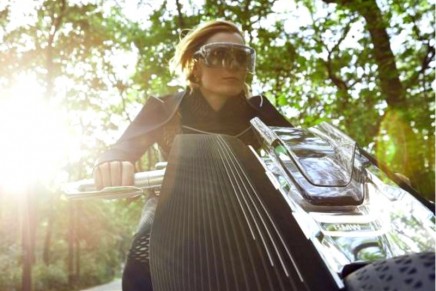 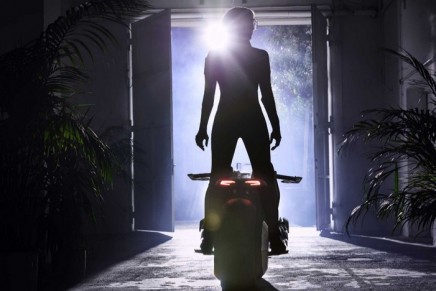 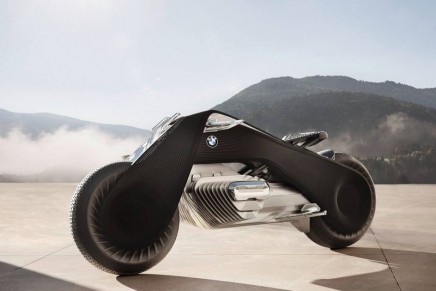 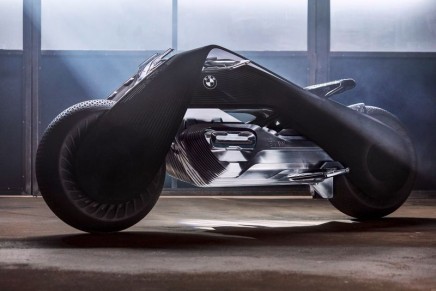 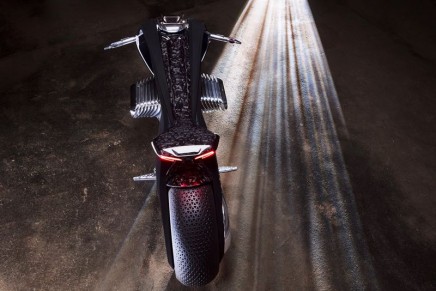 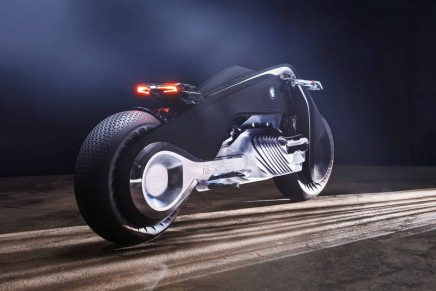 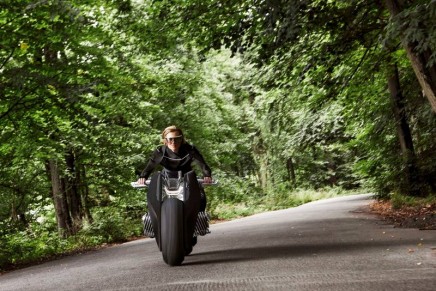