Leading players in the fashion and textile sector are joining forces for the first time to launch an unprecedented environmental movement.

32 leading companies from the fashion and textile industry have given themselves a set of shared objectives in the form of a Fashion Pact. The coalition includes groups and brands in Luxury, Fashion, Sports and Lifestyle, along with suppliers and retailers, all of whom are already involved in separate environmental strategies. 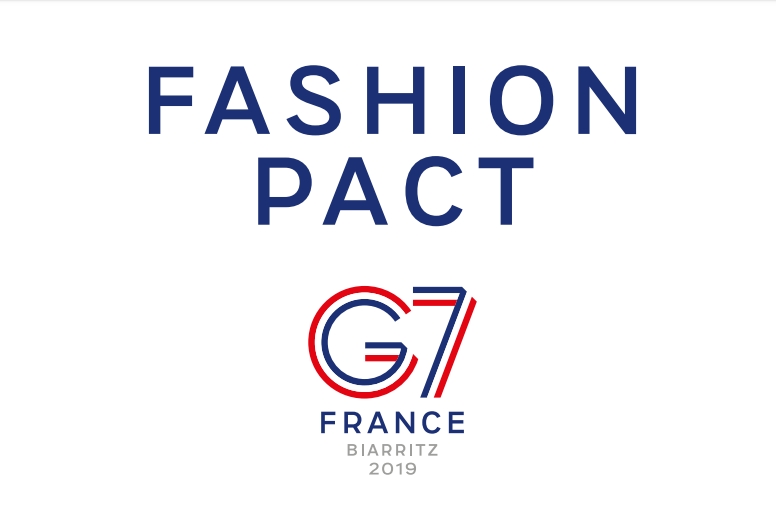 Ahead of the G7 meeting at Biarritz from August 24-26, French President Emmanuel Macron, accompanied by Economy and Finance Minister Bruno Le Maire, Minister of Labour Muriel Pénicaud, and Deputy Minister of Ecological and Solidary Transition Brune Poirson, has invited to the Elysée Palace representatives of the 32 fashion and textile companies who have launched the Fashion Pact by his side.

In April 2019, ahead of the G7 meeting, Emmanuel Macron had given François-Henri Pinault, Chairman and Chief Executive Officer of Kering Luxury Global Group, a mission to bring together the leading players in fashion and textile, with the aim of setting practical objectives for reducing the environmental impact of their industry.
The Fashion Pact’s objectives draw on the Science-Based Targets (SBT1) initiative, which focuses on action in three essential areas for safeguarding the planet:

Stop global warming: by creating and deploying an action plan for achieving the objective of zero greenhouse gas emissions by 2050, in order to keep global warming below a 1.5°C pathway between now and 2100.

Restore biodiversity: by achieving objectives that use Science-Based Targets to restore natural ecosystems and protect species.

Protect the oceans: by reducing the fashion industry’s negative impact on the world’s oceans through practical initiatives, such as gradually removing the usage of single-use plastics.

Read the full text of the Fashion Pact 2019.