50 Best announced its three Champions of Change 2022, heroes of hospitality who are creating a positive change for their communities through their work. An award launched last year to celebrate the industry’s unsung heroes, in 2022 the accolade is given to two individuals and one pair who are driving meaningful action and creating blueprints for a better hospitality sector.

Champions of Change, part of the forthcoming The World’s 50 Best Restaurants 2022 programme forms a key pillar in the organisation’s ever-evolving ’50 Best for Recovery’ initiative.

After the award was introduced in 2021 in response to the sector rebuilding and remodelling itself after a challenging 18 months, it continues this year to support the powerful work of individuals effecting positive change. 50 Best will make a substantial donation to each of the winners’ causes, allowing the recipients to continue building their initiatives and supporting long-term progress in the restaurant and food sphere.

One of 2022’s winners is Dieuveil Malonga, the 30-year-old chef of restaurant Meza Malonga in Kigali, Rwanda, which he opened in 2020.

Malonga’s mission is to “write a new story of gastronomy which has its roots in Africa and contribute to establish furthermore African cuisine as gourmet”. Born in Congo, he moved to Germany aged 13, then later to Marseille. His quest to create a culinary bridge between African flavours and Western cuisine has seen him visit 38 of Africa’s 54 states. Recognised as part of 50 Next 2021, he is also the founder of Chefs in Africa (created in 2016), an online platform that cultivates the talent and culinary passion found in Africa by helping cooks overcome barriers such as lack of training, employment and equipment, as well as discrimination. Chefs in Africa connects government institutions, training centres and businesses with professional chefs and young culinary students or apprentices from across the continent who are looking for work experience. It currently has over 4,000 African chefs as members.

Meza Malonga currently trains 10 young chefs each year as part of its culinary training programme, including offering scholarships to aspiring cooks and providing English classes to support them in spreading their message to the world. Malonga is planning to move Meza Malonga from Kigali to a bigger site in Musanze, also in Rwanda, in 2023, where he is working with local farmers to grow sustainable crops and ingredients, while also expanding his culinary training programme to 15 young cooks per year. The Champions of Change donation will support this endeavour. The new home also aims to promote culinary tourism development in rural areas through cooking classes and gastronomic events.

Malonga comments: “Transmission is a key for a better future. I’m honoured to be named a Champion of Change and will continue to nurture the passion and talent of African chefs.” 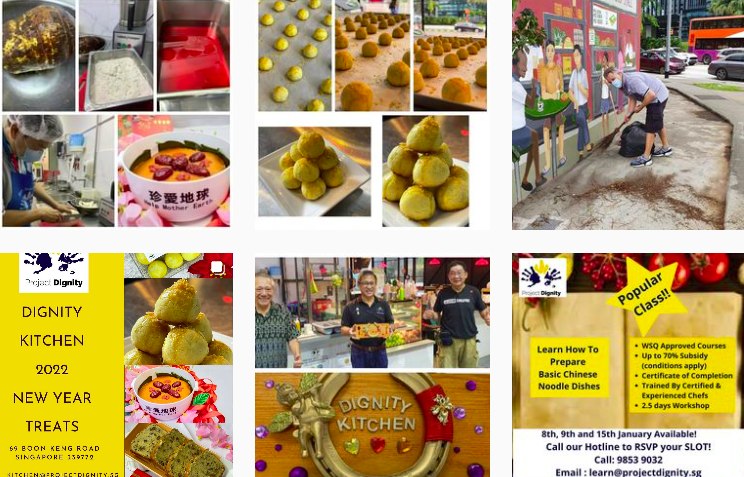 Koh Seng Choon, based between Hong Kong and Singapore, is the founder of Dignity Kitchen, Asia’s first community food court managed by people with disabilities.

After studying engineering and business administration in the UK, Seng Choon returned to Singapore to set up his own management consultancy firm. In 2010, at the age of 50, he gave up his successful career to focus on social entrepreneurship and opened the first Dignity Kitchen in Singapore, followed by a Hong Kong location in December 2019.

Dignity Kitchen acts as a school to train the disabled and the disadvantaged to be hawker stall operators. Having pivoted to community service during the pandemic, providing warm food to homeless shelters and nursing homes, as well as food vouchers to minority groups, it offers customers a system to ‘pay it forward’ to give meals to the needy. Dignity Kitchen is part of Project Dignity, which supports people with disabilities through several other initiatives created by Seng Choon, including Dignity Mama, a second-hand book shop managed by mothers and their challenged children, and Dignity Meal, a food security initiative for the disadvantaged, among others.

In his free time, Choon lectures on the subject of entrepreneurship to MBA students and assists ex-inmates and pre-release prisoners to realise their entrepreneurial ambition. During this pandemic, Seng Choon provides a thousand meal boxes for the poor and needy every day in Hong Kong and Singapore including thousands of cookies and muffins as ‘Morale Boosters” to the frontliners like nurses and cleaners in hospitals. On his work, Seng Choon says: “A person with disabilities is just differently abled; look at their abilities, not disabilities.” 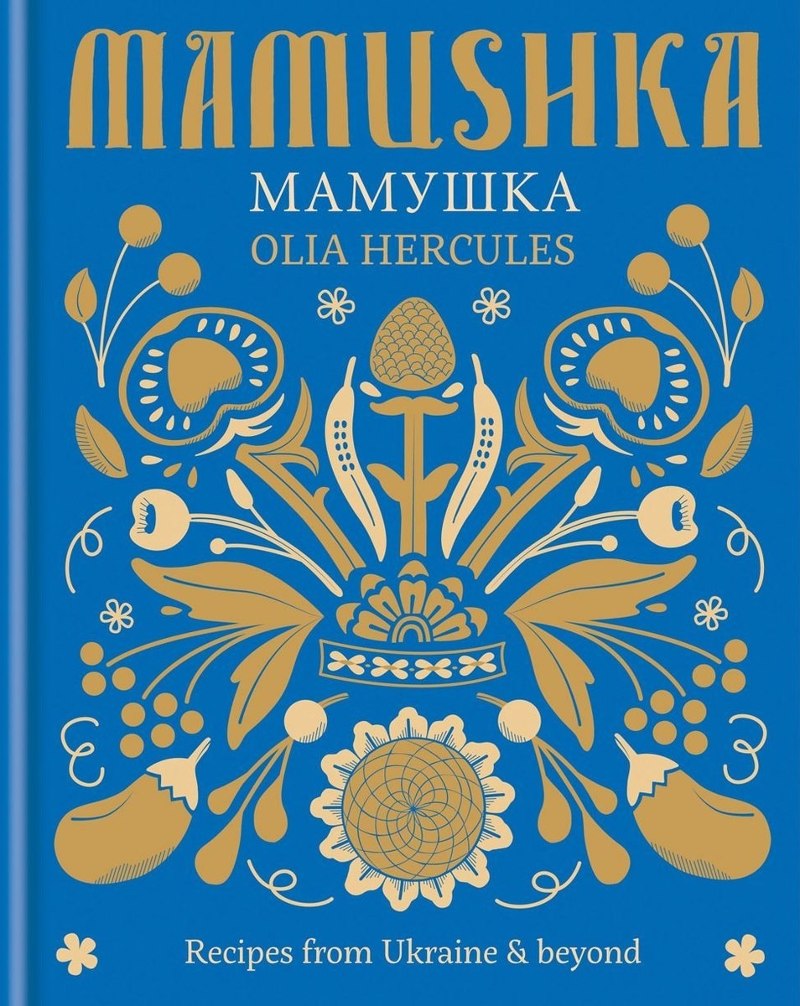 London-based friends Olia Hercules and Alissa Timoshkina launched a food fundraising initiative for UNICEF called #CookForUkraine in response to the war in Ukraine, where Hercules was born.

After leaving her hometown of Kakhova for university in the UK, she quit her job as a reporter after the 2008 financial crisis to pursue her dream to cook for a living, working at restaurants including Ottolenghi and as a recipe developer, before publishing her cookbook, Mamushka, celebrating her family recipes. Russian food writer, chef, cookery teacher and events curator Timoshkina moved to the UK to study film history and lectured about Russian and European cinema, before her passion for cooking led her to establish a cinema-supper club called KinoVino.

#CookForUkraine aims to increase awareness of the humanitarian crisis and raise money to help children and families displaced by the war, as well as providing a platform for Ukrainian families and their supporters to share recipes, along with the stories behind those dishes. Through the campaign, the duo is collaborating with London restaurants to host special dinners and sell specific menu items to raise funds, which are sent to UNICEF to provide on-the-ground support and emergency care to refugee families. Since its inception, the campaign has nearly £900,000 to date. Hercules and Timoshkina plan to continue to develop the #CookForUkraine campaign, currently working on a hospitality-focused workplace scheme for Ukrainian refugees, a cooking school staffed by Ukrainian cooks, and more.

The duo comments: “From the very start, Cook for Ukraine was a long term project for us. While we hope with all our hearts the war will end soon, our work in raising awareness about the beauty of Ukrainian food culture and in supporting those affected by the war will continue. And this wonderful award is a very important first step towards creating a new foundation.”

William Drew, Director of Content for The World’s 50 Best Restaurants, says: “After launching Champions of Change last year, we are thrilled to recognise the incredible work that Dieuveil, Koh Seng, and Olia and Alissa are doing for their communities. We have the utmost respect for the drive and passion they’ve shown for creating meaningful change and we’re honoured to be able to support their brilliant work.”

Champions of Change is one of several special awards which will be announced between now and July, as part of the lead-up to the event programme for The World’s 50 Best Restaurants 2022. These individuals have utilised challenges as a catalyst for positive action and long-term progress, whether they are helping others, improving the gastronomic sector or providing meaningful support during great hardship.

The World’s 50 Best Restaurants 2022 awards, sponsored by S.Pellegrino & Acqua Panna, will be hosted in London on Monday 18th July. An extensive event programme will culminate in this year’s awards ceremony, to be held at Old Billingsgate market in the City of London. 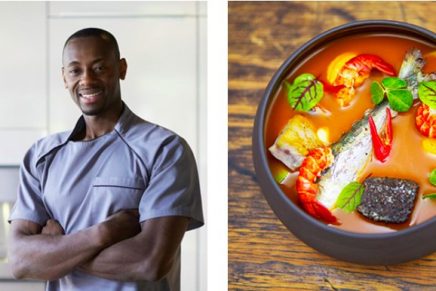 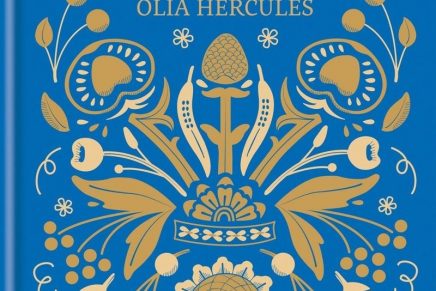 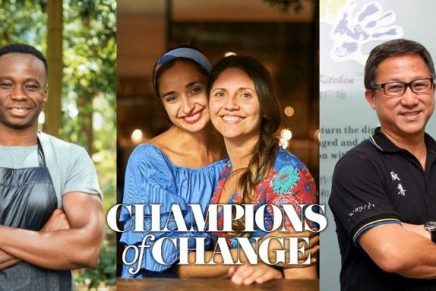 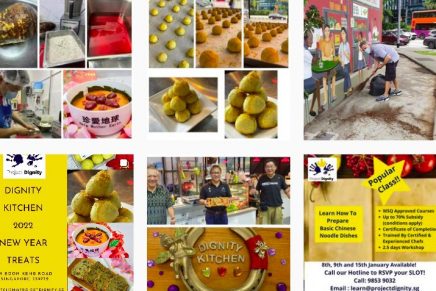