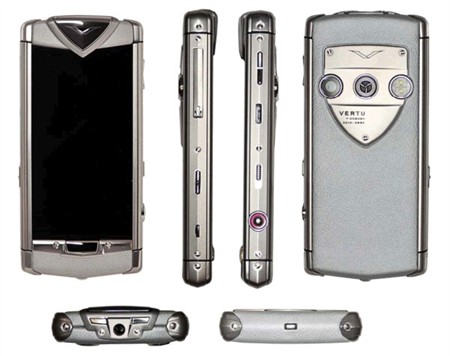 Vertu, the leading manufacturer of luxury mobile phones, has expanded its portfolio of first-ever smartphone Constellation T. The luxury smartphone will sport a 3.5-inch nHD AMOLED touch screen, an 8 megapixel camera with dual LED flash, have pentaband HSPA, and pack 32GB of onboard storage.

As for the operating system, well all Vertu handsets are still faithful to the Symbian OS and thus it is expected that the Constellation T could come with either Symbian Anna or Symbian Belle in tow along with a customised Vertu skin. The official announcement of Vertu Constellation T phone is expected this month. The Price will be announced later.