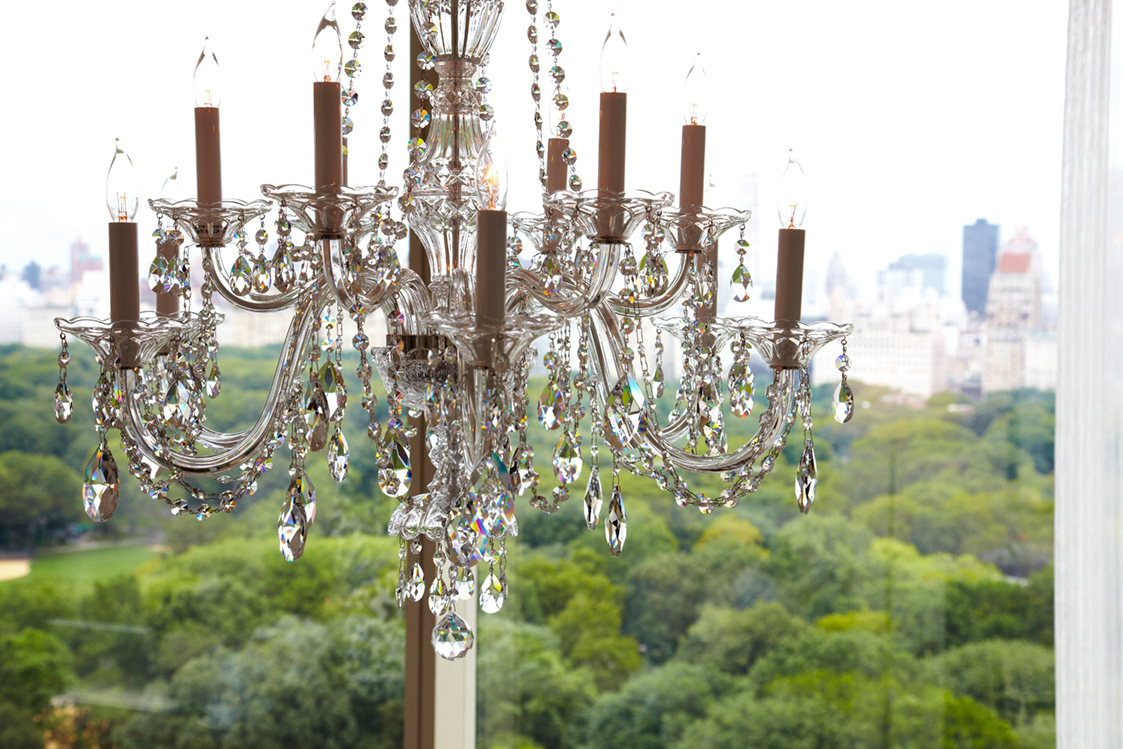 Priced at $15,000, this multi-faceted Crystal Anniversary package includes Ivanka Trump Rock Crystal Jewelry, Schonbek Crystal Chandelier (the same design that was hand-picked by Donald J. Trump to grace each suite at the hotel), a pair of Christian Louboutin “Fifi” pumps, cloaked in crystals, with a 100mm heel, a 750ml bottle of Louis Roederer Cristal Brut Champagne , dinner for two at Jean Georges (the hotel’s three-Michelin-Star restaurant, including a bottle of premier Champagne) and breakfast for two daily at Nougatine.

“Crystal is the traditional 15th anniversary gift, and we certainly have our share of it here at Trump International,” explained General Manager Suzie Mills, who has worked at the hotel since its 1997 opening.  “We’ve kept the romance alive for our guests for 15 years, and with this anniversary package, we are offering them an unforgettable experience with more than a little something to take home.”