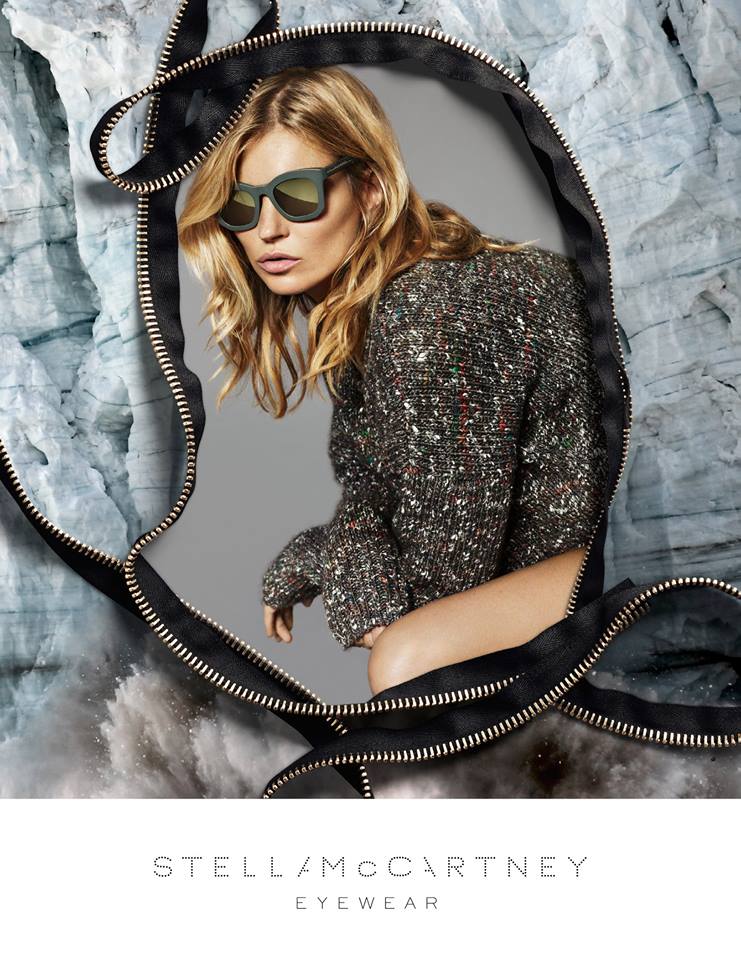 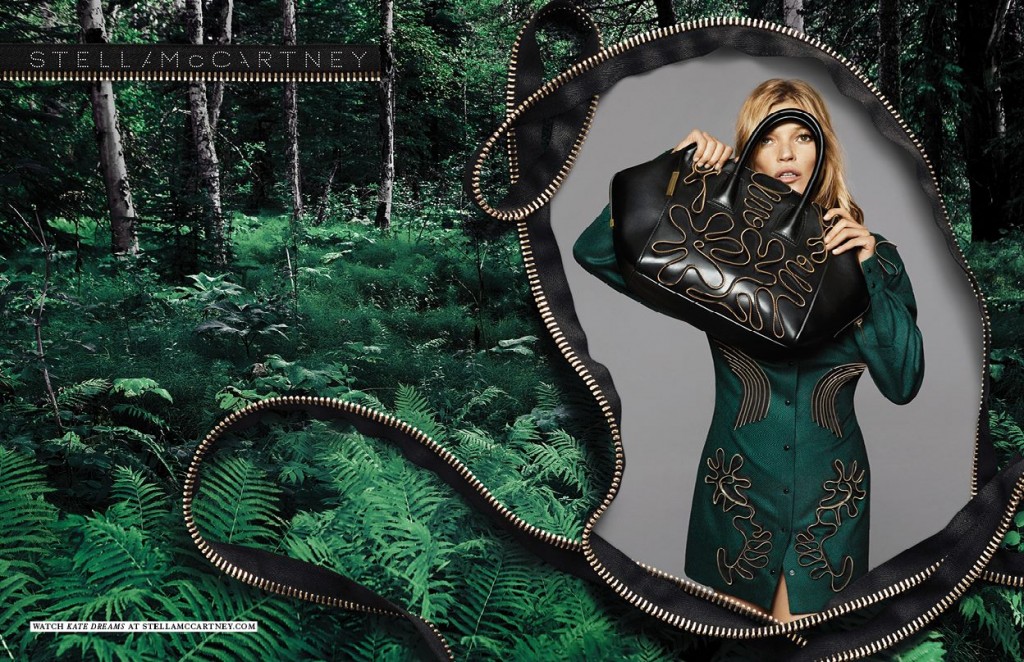 The ubiquitous Kate Moss is revealed as the face of Stella McCartney Winter 2015 campaign, shot by Mert and Marcus. Sporting this season’s do-it-yourself looks that play with function and fit; the collection, the new campaign depicts Kate as the naturally sexy, naturally feminine and modern Stella McCartney woman. In addition and in complement to the still images, an oneiric themed mood film “Kate Dreams” featuring original music composition by Fred Gibson will also be revealed. This is the 7th time Kate Moss appears in a Stella McCartney campaign, the last was in Summer 2009.

“Kate epitomizes the Stella McCartney woman and I wanted to capture her dreams and the moments we have shared over the years,” explained Stella McCartney. “I wanted to escape into something surreal this season and fashion should make us dream, sometimes.”

Styled by the designers herself; the bold, surreal and dramatic imagery portrays Kate in this season’s sophisticated do-it-yourself attitude looks that play with function and utility
framed against remarkable landscapes of glaciers, forests and the cosmos. 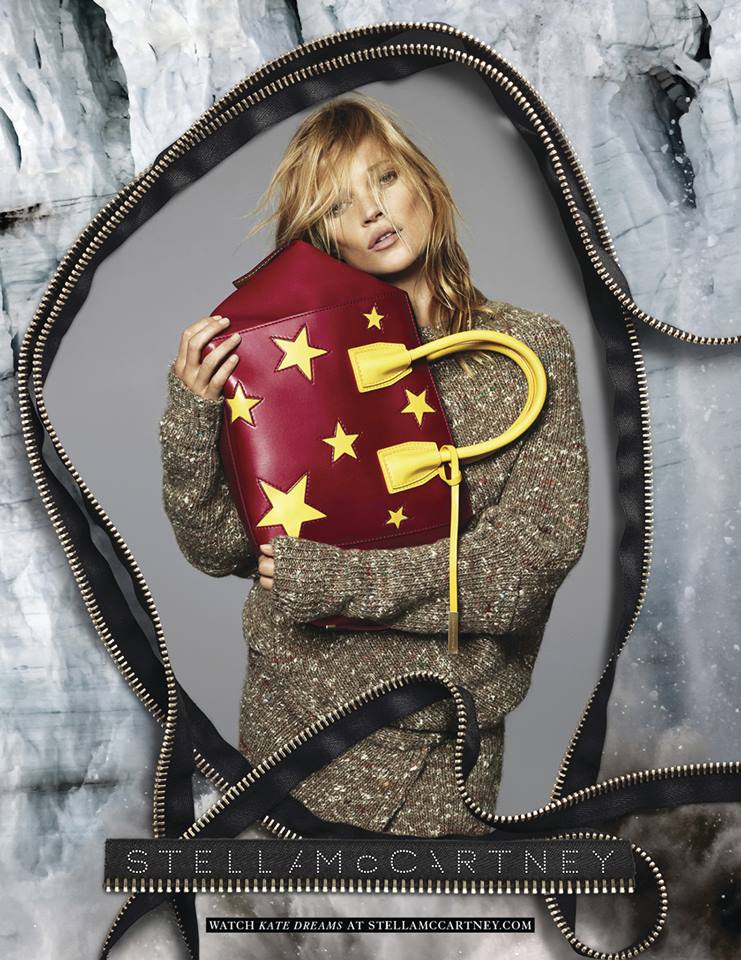 The play on zip details echoes embroidery within the collection this season, but also enhances the otherworldly look and feel to the campaign. The new campaign highlights the season’s Cavendish bag with zip embroidery and cut-out stars; also featured in sustainable wood platform shoes.

Stella McCartney  Fall Winter 2015 eyewear is showcased against a backdrop of glaciers and stone contrasting the bold frames of Stella McCartney’s latest optical range and the surrealist zipper details of the Winter ’14 collection. 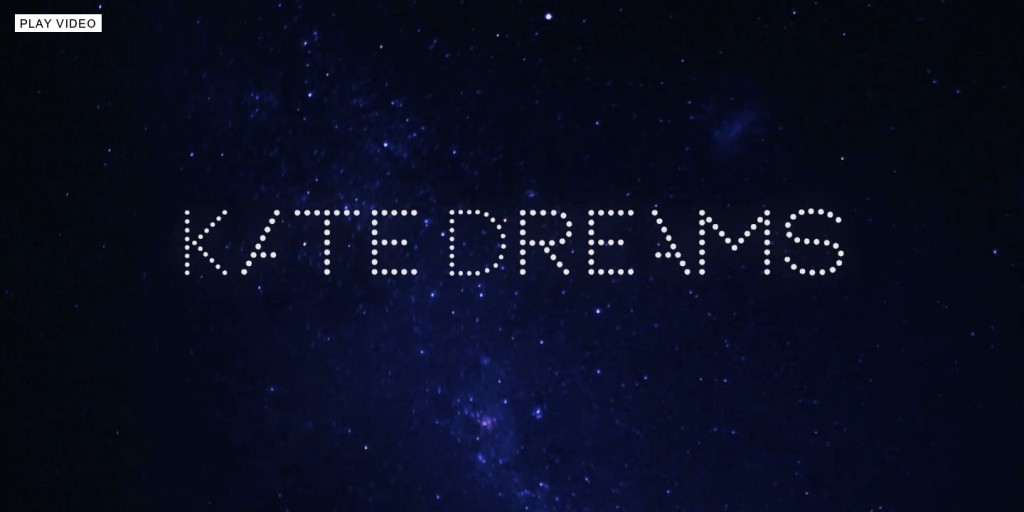 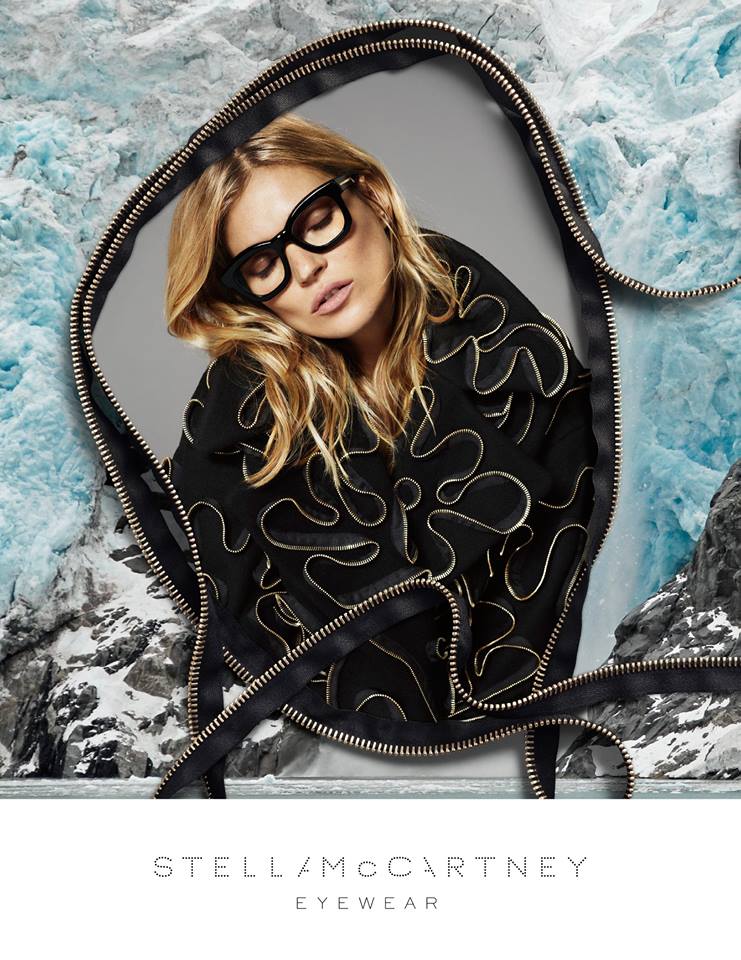 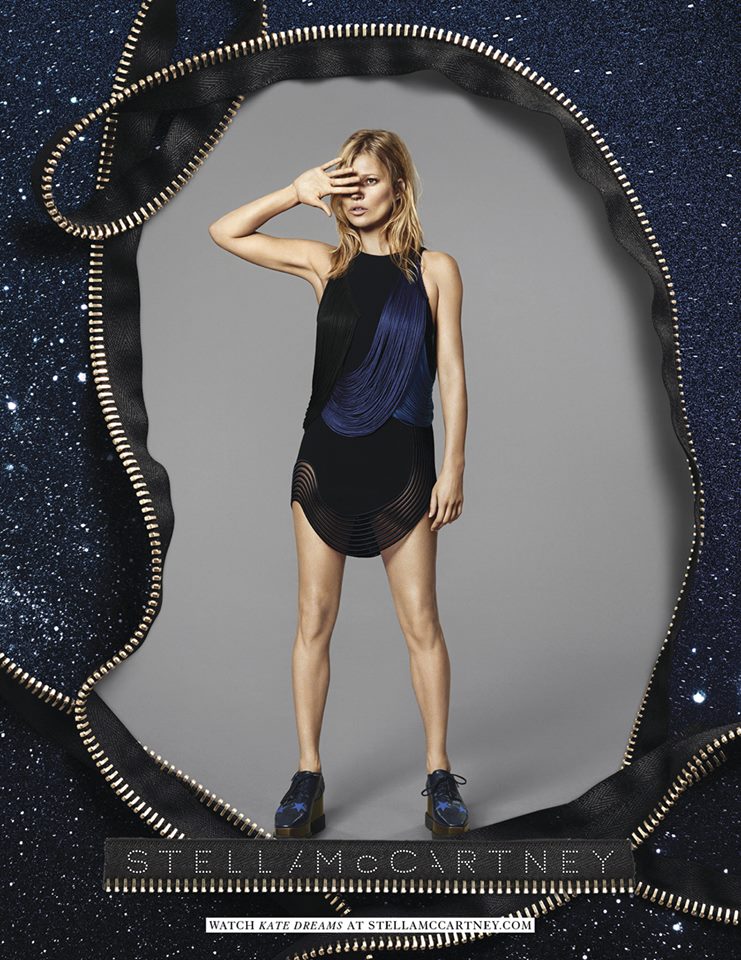