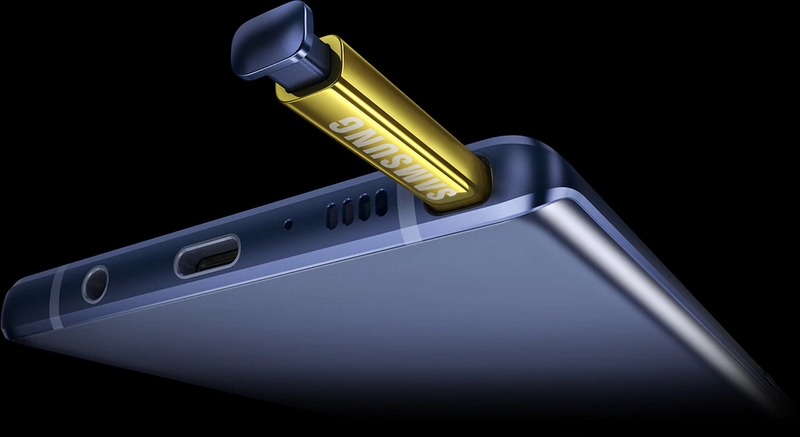 Powerful enough to keep up with you; photos: samsung.com/us/mobile/galaxy-note9/ 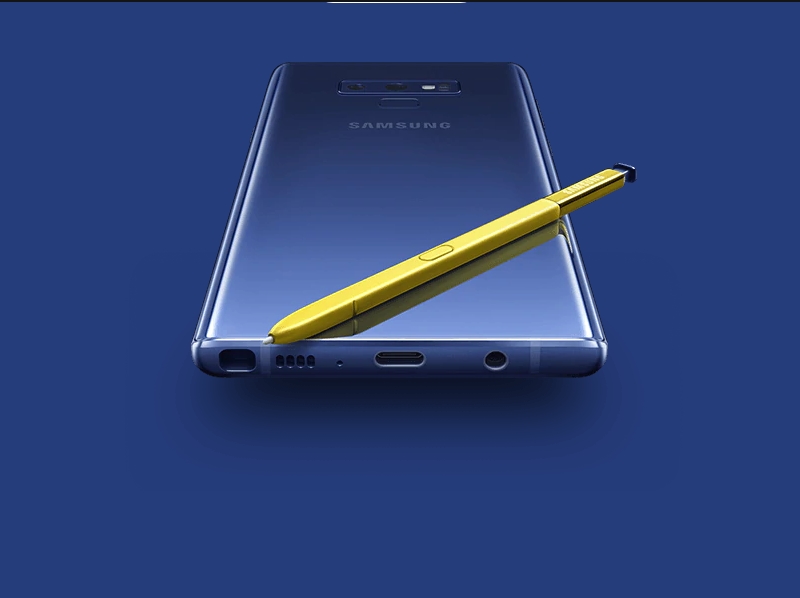 Announced at an event in New York the Note 9 resembles last year’s Note 8, replete with glass front and back, curved edges and slide-out S Pen stylus.

The 6.4in Quad HD+ Super AMOLED screen is slightly bigger than last year’s model. The phone’s body is slightly thicker at 9mm and heavier at 205g, accommodating a significantly larger 4,000mAh battery, which Samsung says should provide all-day battery for the heaviest of users.

“The Note has always been our showcase for premium technology and industry-defining innovation, and Galaxy Note 9 is no exception,” said DJ Koh, president and CEO of IT and mobile communications division for Samsung. “Note fans are Samsung’s most loyal; we know they want it all, to get the most out of work and play, and Galaxy Note 9 is the only phone that can keep up with their busy lives.”

The Note 9 will have Samsung’s octa-core Samsung Exynos 9810 processor in the UK or an octa-core Qualcomm Snapdragon 845 in the US, with a choice of either 6 or 8GB of RAM, depending on storage variant. The phone also has Samsung’s water cooling solution to help dissipate heat from the processor over extended periods to prevent performance drops associated with overheating.

The Note 9 will also be one of the first Android devices to be able to run Epic’s hugely popular multiplayer first-person shooter Fortnite, with exclusive access to the beta of the game for a limited period. The game has been available on Apple’s iOS devices since April, as well as traditional consoles and computers, and will eventually be available directly via Epic’s website for other Android devices. Fortnite is also now available on Samsung phones from the Galaxy S7 on.

The new and improved S Pen stylus, a selling point of the Note series, now connects to the phone via Bluetooth so that it can also be used away from the device, for activating the camera shutter or similar. It still fits neatly into the bottom of the phone, however, and comes in a range of contrasting colours depending on the colour of the phone.

A dual 12-megapixel camera system matching that on Samsung’s Galaxy S9+, including its variable aperture lens and a 2x optical zoom camera, is mounted in the back of the Note 9. New also is an intelligent camera system that uses AI to perform object recognition and detect blinks, notifying the user immediately if a shot is blurry or any other issues.

Below the camera is a repositioned fingerprint scanner which, like the Galaxy S9+, is now lower down the back and therefore should make it a lot easier to use.

Laura Simeonova, an analyst covering mobile phones and IoT for CCS Insight, said that while the Note’s hardcore, loyal fan base will see the new features as enticing, “Samsung will be wary of comparisons with the launch of the S9 portfolio and accusations of less underwhelming improvements on previous models.

“It remains to be seen whether these will be enough to impress those outside the fiercely loyal Note user base.”

The Note 9 will also be able to use Samsung’s Android-on-a-desktop mode called DeX, as with the Korean firm’s more recent top-end smartphones, but without the add-on dock, instead simply requiring a cable plugged into the bottom of the phone and into a monitor.

The phone will come in four colours: black, blue, grey and purple. It will ship with Android 8.1 Oreo, not the recently released Android 9 Pie, and it will be available with either 128GB of storage costing £899 or 512GB of storage for £1,099. Pre-orders start today and will ship on 24 August.

“Some of the new features such as the new version of Dex combined with the S-Pen’s remote control functionality for presentations, should continue to catch the attention of business users and enterprises beyond the Note’s current consumer base,” said Simeonova. “The device will be available from 24 August, which is likely to give it over a month before we see any new iPhones or the new Pixel devices from Google slated for October 2018.”