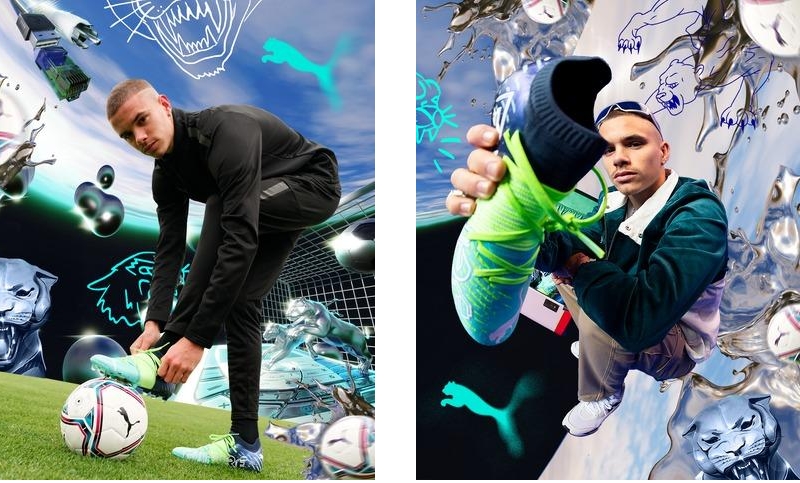 PUMA has signed a long-term partnership with Romeo Beckham. Romeo is currently preparing for his second season in professional football after signing with Fort Lauderdale CF, a USL League One side and reserve affiliate of Inter Miami CF, earlier this year.

Romeo represents both football performance and creative culture. His passion and commitment to the game is complemented by his energy and style off the pitch and the combination is something that Puma are excited to be part of.

Romeo, 19, will be wearing the PUMA FUTURE Z 1.2 football boots: “The FUTURE Z boots match my game perfectly. They’re light so that I can use my pace and agility, but they also grip the ball amazingly so I can dribble and pass effectively. I love the colours of the Under the Lights pack, which combine my passions of fashion and football.” 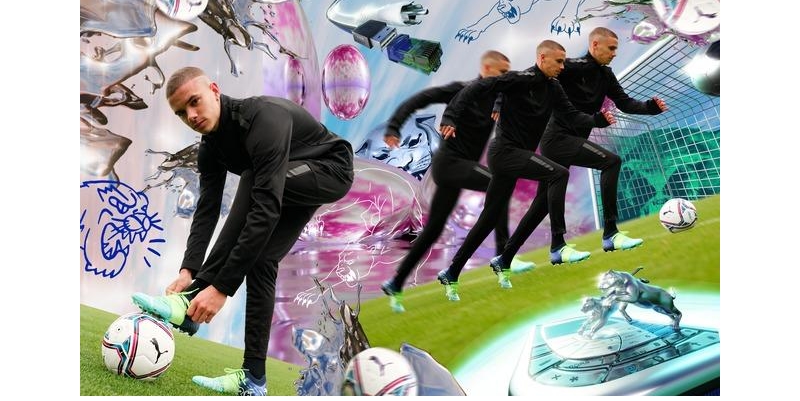 Inspired by several role models in the game, Romeo reflected:

“Neymar is amazing and I love to watch him play, he messaged me when he saw me wearing Puma… this made my day. Thierry Henry has always been one of my favourite players, some of the goals he scored were unbelievable. If there were two players I’d love to have the ability of, it would be Thierry and of course my Dad!”

“We are delighted to welcome Romeo into the Puma family. We’re excited for Romeo as he prepares for a new season as an elite athlete and look forward to supporting his journey. Romeo adds a new voice to the way we shape football culture and build connections with our customers supporting our brand message of Faster Football and the ideal of driving change in the game.” – said Ben Hughes, General Manager of Puma UKI. 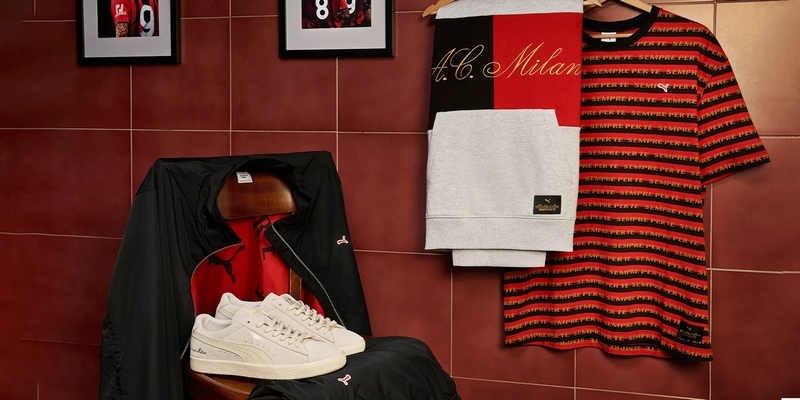 On December 10th, PUMA and football club AC Milan released their first streetwear collaboration together, where Milanese heritage and proud footballing tradition were combined for a limited drop of footwear and apparel. The capsule, designed as much for the terraces as it is for the street, marks a new chapter in the long-standing partnership between PUMA and AC Milan. The campaign features long-time PUMA ambassador, World-Cup winner, and current AC Milan striker Olivier Giroud. Traditional training garments such as nylon waterproof coach jackets and track pants are overhauled and rendered as timeless items for the street by interlaying jersey linings, scarf-like patches, and unique AC Milan-inspired color palettes. Accompanying them are premium-knit french terry hoodies, cotton tees, and two custom PUMA Suede Classic XXI trainers. 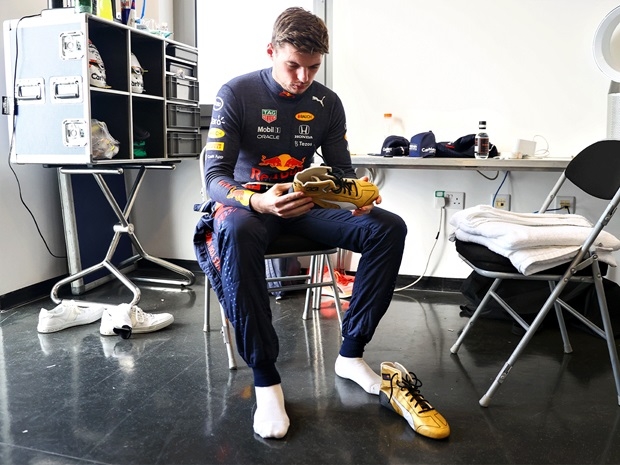 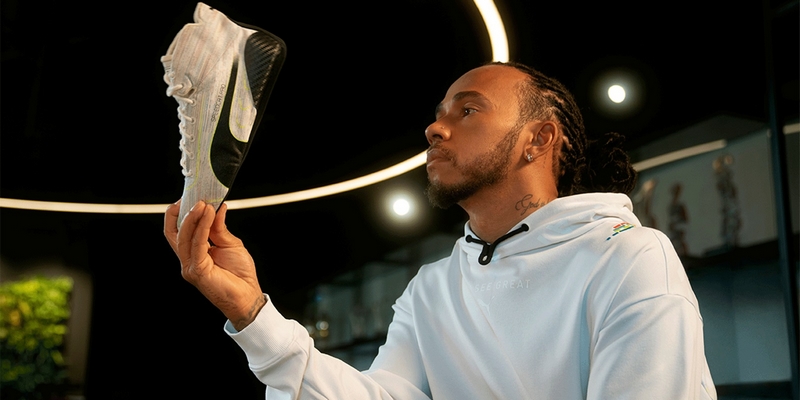 This December, PUMA launchesd Lewis Hamilton´s special edition Speedcat Pro Spectra race boot exclusively on E-Commerce. The footwear is part of the company´s Only See Great brand campaign featuring the emblematic colors. PUMA´s “Only See Great” brand campaign is spreading messages of hope, optimism and self-belief, following what many consider to be one of the most challenging years in quite some time.

Full throttle performance is guaranteed with the upper and inner lining of the PUMA Speedcat Pro made of lightweight fabrics that don’t compromise comfort and ensure protection against fire. Further weight reduction comes in the form of heel support made of real carbon fibre counter. The low-profile rubber outsole and the EVA wedge provides absolute control of the pedals with the right amount of comfort while keeping the shoe light and nimble. 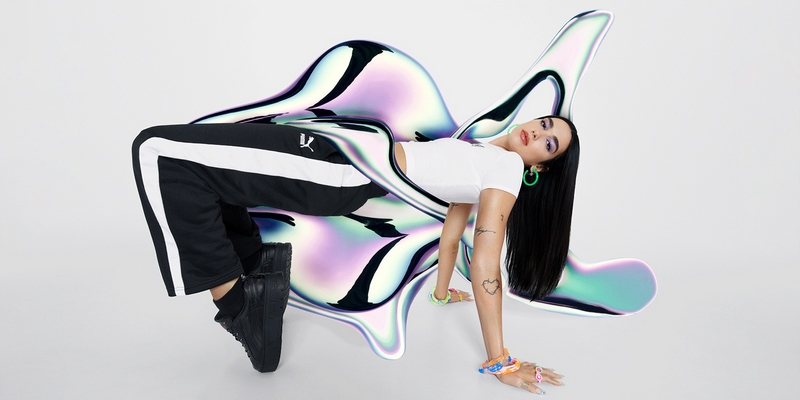 ‘FLUTUR’: THE NEW CAPSULE BY PUMA AND DUA LIPA

PUMA and global pop superstar, Dua Lipa continue to thrill fans, announcing their first product collaboration – a limited-release capsule called “Flutur”. This 90’s inspired, four-piece capsule of both apparel and footwear is a tease of what’s to come in 2022, when a full collection is released. The collaboration features a new logo that is symbolic of the partnership, bringing together Dua’s name and the PUMA formstrip which transforms into an iridescent butterfly.

“For me butterflies are more than just beautiful creatures, they represent so much, like transformation, hope, and metamorphisis, over this past year the butterfly has become especially symbolic and meaningful to me” said Lipa. “The name of the capsule, ‘Flutur’, is the Albanian word for butterfly. I chose it to pay homage to my heritage while also celebrating this new beginning with PUMA.” 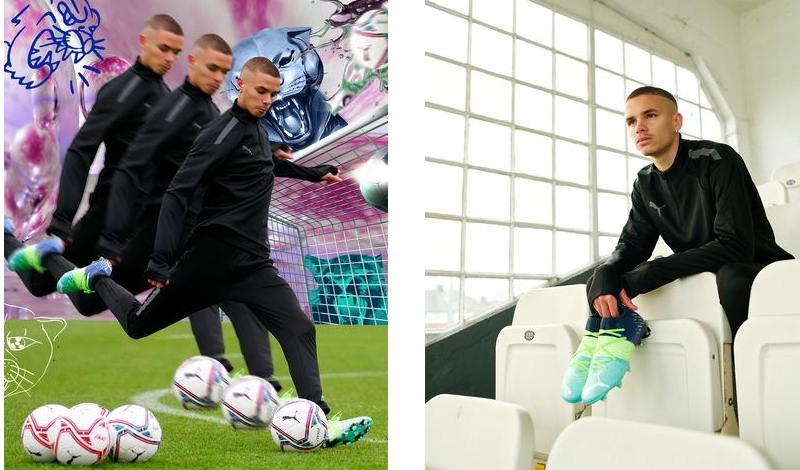 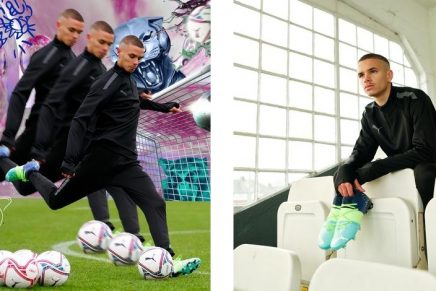 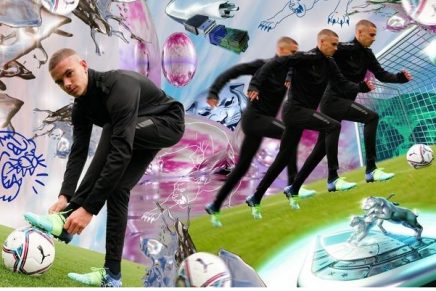 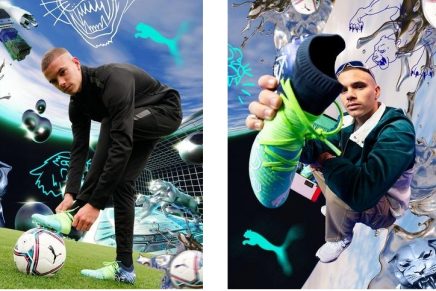 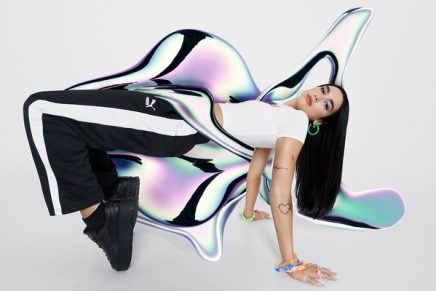 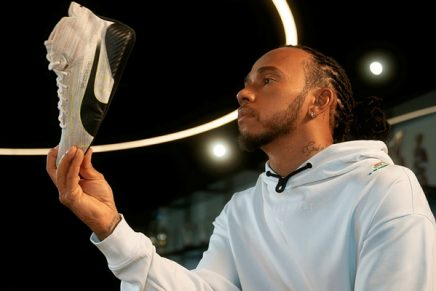 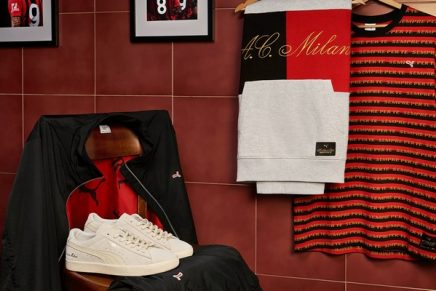 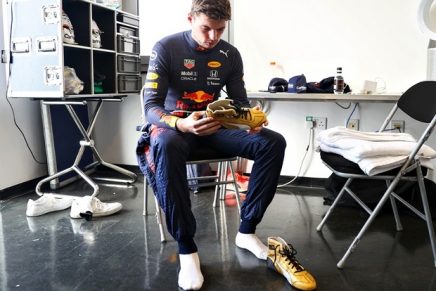