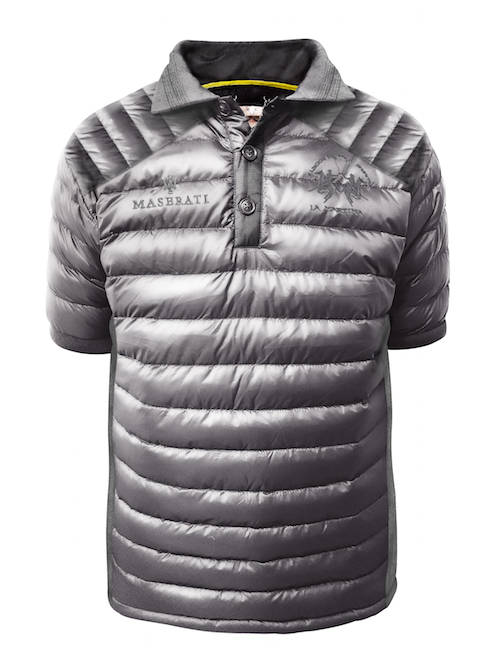 The partnership between Maserati and La Martina continues at Pitti Uomo with the new Fall Winter 2015/2016 capsule collection and the celebration of the best player from the Maserati Centennial Polo Tour: Malcolm Borwick.

The “Polo-Duvet La Martina for Maserati”, is an innovative garment for the winter months, which echoes the iconic polo shirt.

La Martina for Maserati FW 2015-2016 capsule collection makes its debut at Pitti Immagine Uomo with the launch of an exclusively designed item for the House of the Trident: the winter polo shirt.

Like goose feathers and polyester, cashmere fibres feature air hollows for better thermal insulation, since air is the best insulating material. This natural and precious stuffing is eco-friendly. It is also entirely Made in Italy, just like the cars of the Trident marque.

The “Polo-Duvet La Martina for Maserati” features detachable sleeves, thanks to a hidden zip in the armhole. With short sleeves, the Polo-Duvet echoes the summer version, with long sleeves, it is ideal for outdoor activities.

The Polo-Duvet is designed specifically for warming up during winter polo tournaments. It strikes a balance between the traditional polo shirt (too thin despite its thermal protection) and a windbreaker jacket (which would be too bulky). Polo players would wear it over a turtle neck and polo shirt and remove it just before starting the match. 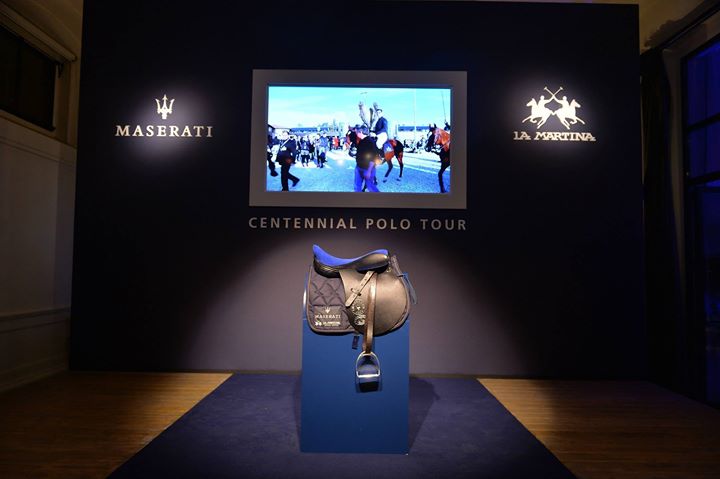 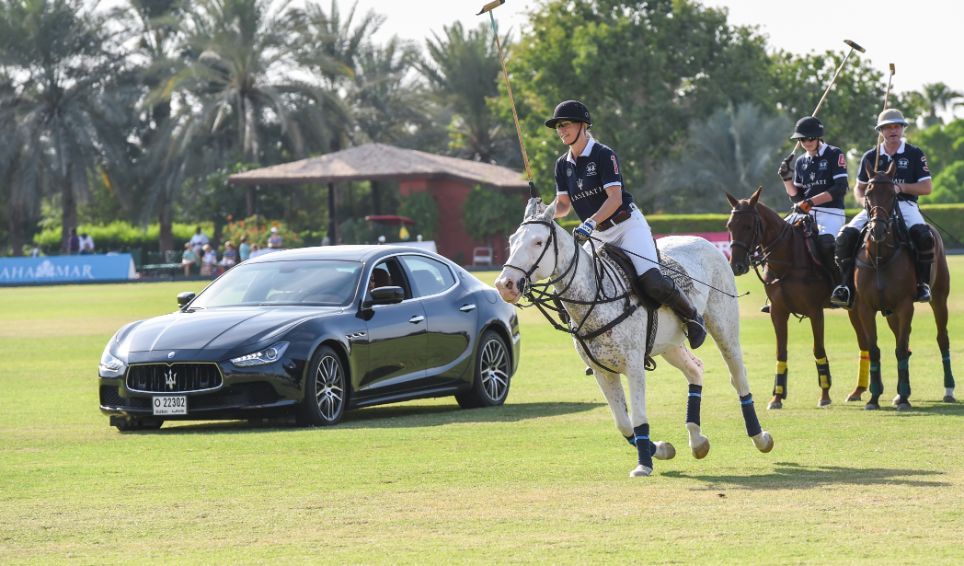