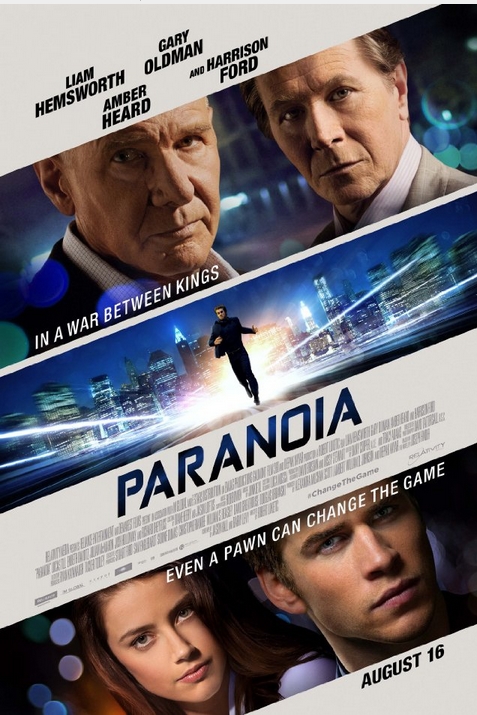 “Collaborating with David Brisbin [production designer] on his vision for this movie provided me with the opportunity to showcase Armani Casa on film in a way that is absolutely believable and appropriate to the story. Working with Luca Mosca and my longtime friend Harrison Ford to create a wardrobe for a villain was also fun,” said Giorgio Armani.

The two most powerful tech billionaires in the world (Harrison Ford and Gary Oldman) are bitter rivals with a complicated past who will stop at nothing to destroy each other. A young superstar (Liam Hemsworth), seduced by unlimited wealth and power falls between them, and becomes trapped in the middle of the twists and turns of their life-and-death game of corporate espionage. Paranoia trailer 2013 is presented in full HD 1080p high resolution.

“Paranoia” hits movie theaters in the US on August 8.