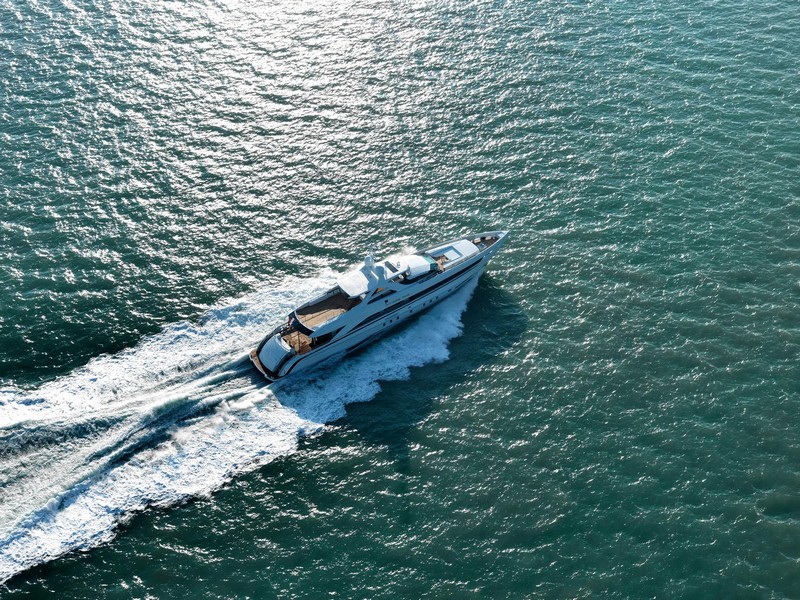 Her long, angular exterior lines soar like a javelin from the knuckle bow through to the transom. Amore Mio is the largest and most powerful sports yacht ever built in the Netherlands. It was delivered by Heesen Yachts to her owners after intensive sea trials in the North Sea.

Powered by twin MTU 16V diesel engines, Amore Mio’s sleek 45-metre aluminium hull sliced through the seas at a thundering top speed of 30 knots. “Not only did she meet all the contractual speed requirements, but the sea trials also proved the all-aluminium v to be very quiet and highly maneuverable,” explained the shipyard. 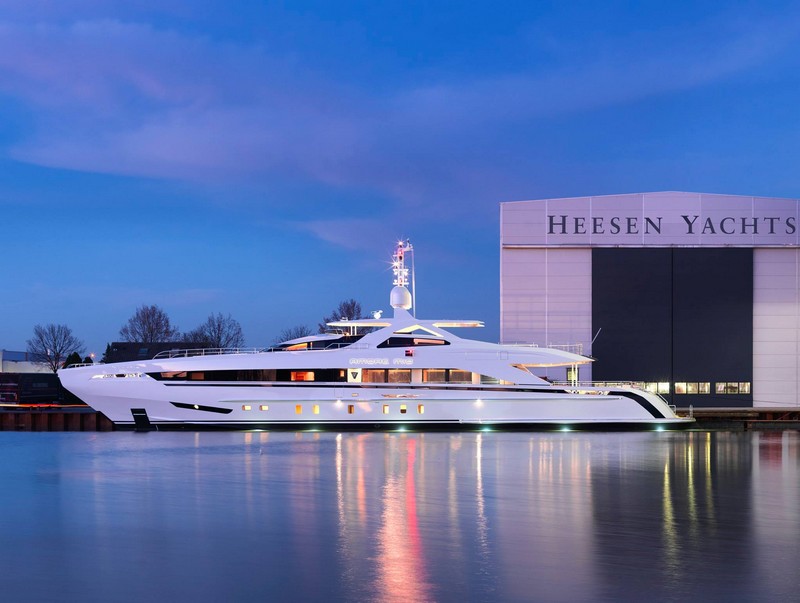 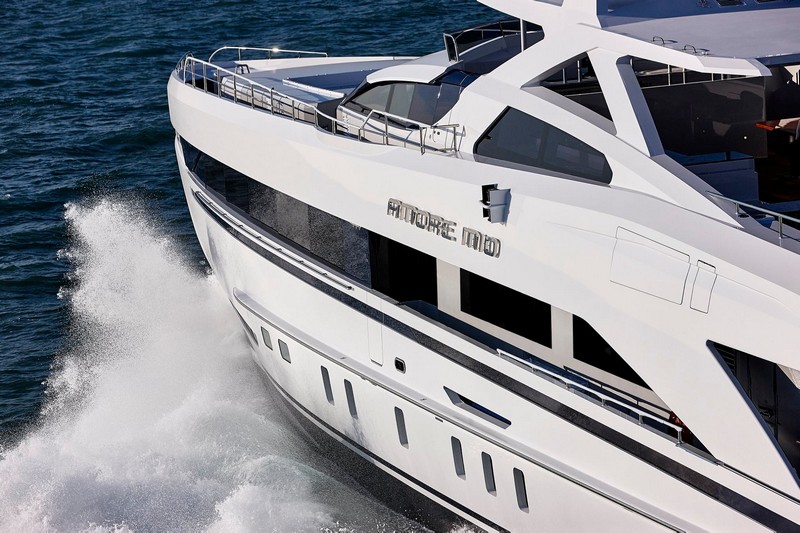 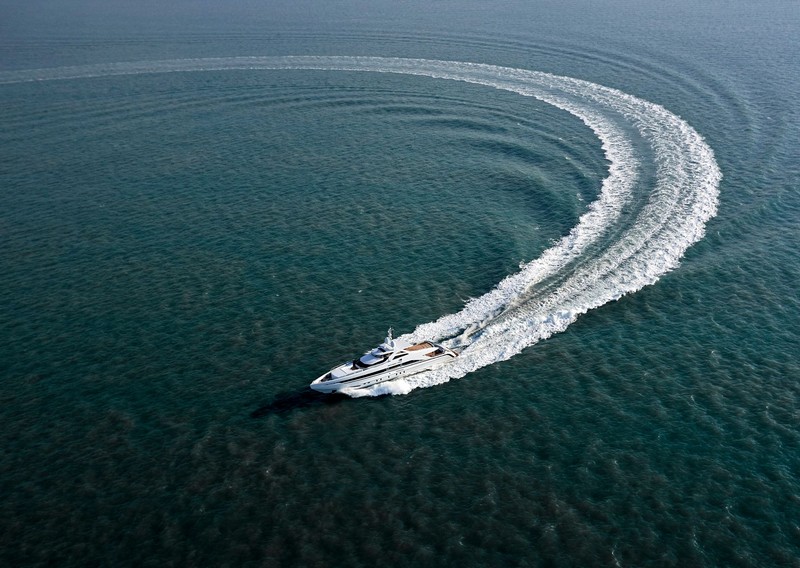 This head-turning superyacht is yet another high calibre, successful design by Omega Architects. Amore Mio is a performance yacht that delivers equal parts power and sophistication, setting her apart from every other sportster on the market. Amore Mio is the first yacht to be delivered by Heesen in 2016. Later in the year, two more will follow: the 70m flagship Project Kometa, and the 50m semi- displacement Project Akoya. Heesen currently has ten yachts under construction.

“Heesen added a third day to their standard sea trial program, which they are calling the Captain’s Day. This was a welcome addition and allowed me free scope for requesting all kinds of further testing like crash stops, dead ship operations and single engine maneuvering. As the first Heesen sea trialed at ‘light load’, I was eager to see in particular how the gyro stabilisers would function on such a buoyant ship in the North Sea. To my relief, all the coffee cups stayed on the tables,” commented Amore Mio’s Captain, Tripp Hock.

According to the shipyard, the solidity and integrity of the semi-displacement, aluminium hull design means this yacht is capable of both rapid acceleration and a very smooth ride – so guests arrive stirred, but never shaken. Naval architecture comes in-house from Heesen Yachts. With a range of 2,750 nautical miles at 12 knots, Amore Mio can cross the Mediterranean with ease or cruise the entire length of the Caribbean from St. Barths to Grenada, stopping off at as many islands as one chooses on just one tank of fuel. 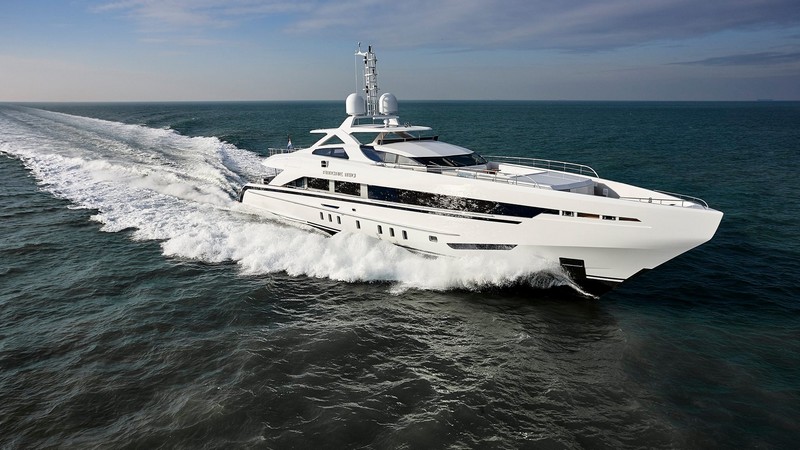 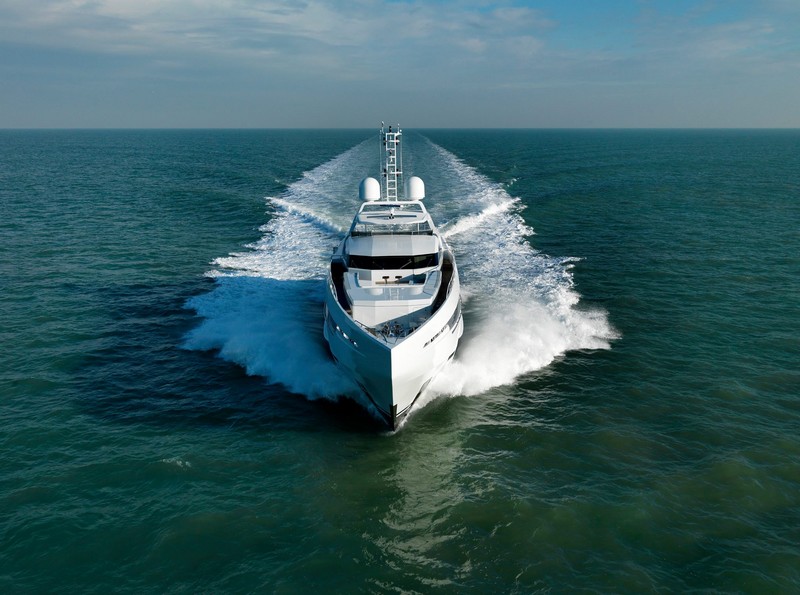 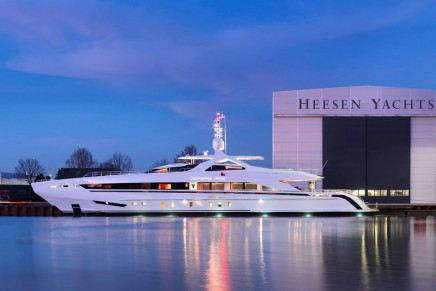 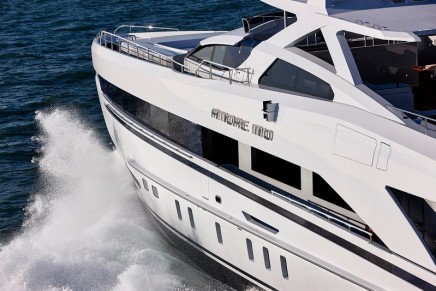 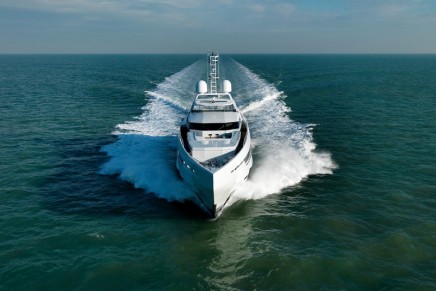 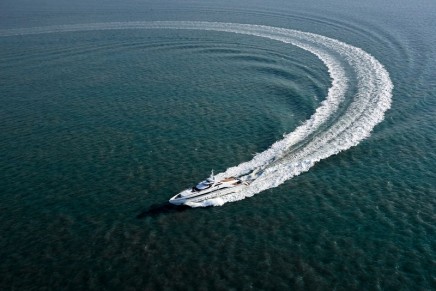 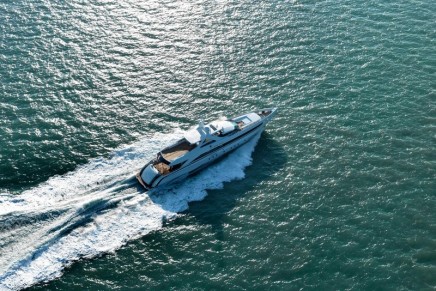