The new Bobby-Car in form of Bobby-AMG GT is rolling into the limelight. 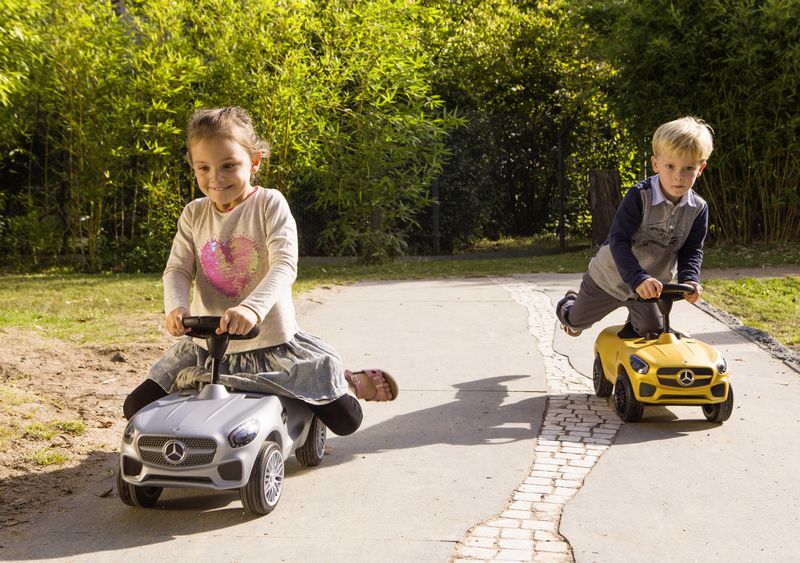 This open-top single seater to be presented by Mercedes-Benz at Paris Motor Show features a powerful drive system powered by two little human feet. The first Bobby Benz rolled into nurseries more than 20 years ago. As a reference to the yellow SLK of the R 170 series, the new Bobby-AMG GT S is available in the colour AMG solarbeam.

The BIG toy factory in Burghaslach/Bavaria has been producing the Bobby Car since 1972. To date more than 17 million Bobby Cars have been built. As such it is the world’s best-selling ride-on toy car. And it is not only in Germany that the term “Bobby Car” has become the generic name for the ride-on toy cars produced by all manufacturers. To date more than 100 different Bobby Car variants have gone on sale.

The 2016 high-end fifth-generation children’s car comes with whisper tyres for outstanding grip even on slick indoor surfaces and direct steering for superior manoeuvrability.

The agile longitudinal and lateral dynamics come courtesy of the profiled whisper tyres which are fitted to rims featuring a cross-spoke design which is true to the original AMG forged wheels. And while the steering wheel in AMG GT design with silver insert provides for safe manoeuvring, the detailed headlamps and tail lights in clear glass help to round off the accomplished look of the ride-on toy car.

The new toy cars come with a set of stickers as well as assembly instructions. Additional features of the Bobby-AMG GT include the infinitely adjustable, precision double-pivot steering and a small turning circle. As an option, the silver Bobby can also be equipped with LED headlights and thus be called Bobby-AMG GT S. 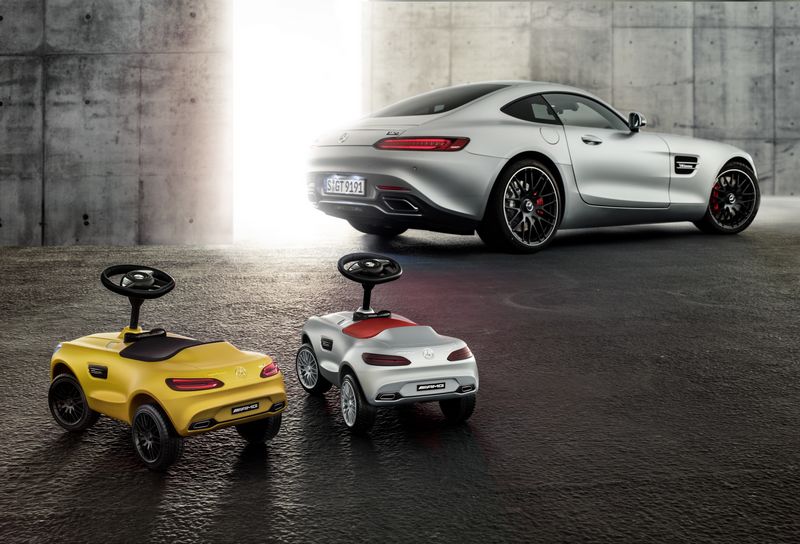 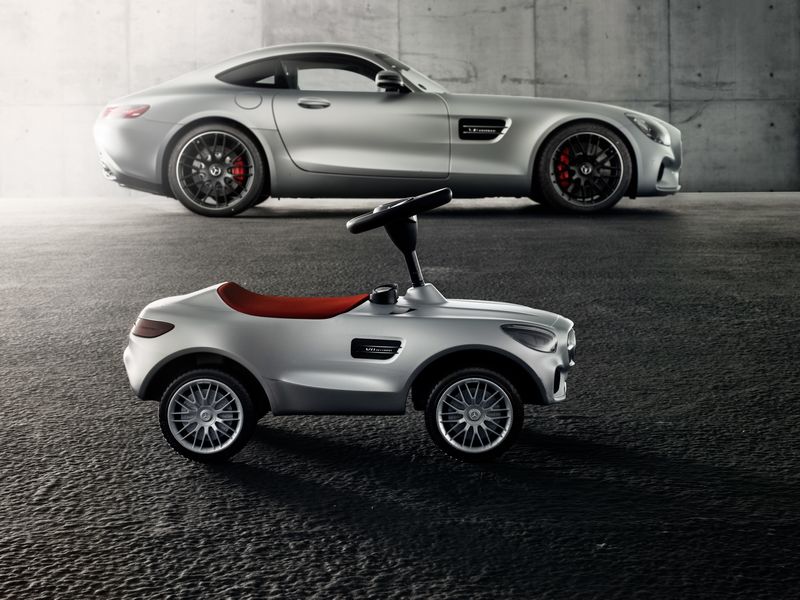 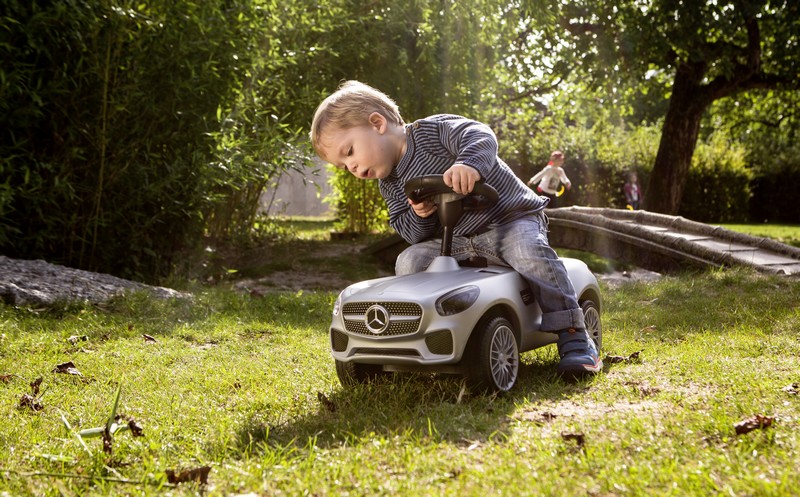 Now available is also the special limited edition Bobby-AMG GT “Tribute to Bambi” with an exclusive sticker pack highlighting the German national football team. The proceeds will go to the homonymous Foundation for disadvantaged children. The vehicle is limited to 1,000 units. It has a black body, black rims and a red seat.

All three vehicles made from robust plastic, are suitable for children aged 18 months and above. The Bobby-AMG GT is manufactured by the creator of the Bobby Car, the BIG toy factory in Burghaslach/Bavaria.

Mercedes-Benz has been building a Bobby Car circuit for celebrities at the BAMBI Awards since 2012?For every lap of the circuit that the celebrity drivers complete, Mercedes-Benz donates 100 euros to the TRIBUTE TO BAMBI Foundation for disadvantaged children. In addition, Bobby Benz cars autographed by celebrities are also auctioned off for a good cause. A special edition series limited to 1,000 examples has been issued on numerous occasions, the proceeds from which also go to the Bambi Foundation. In 2015, proceeds from the Mercedes-Benz
campaign totalled around 100,000 euros. 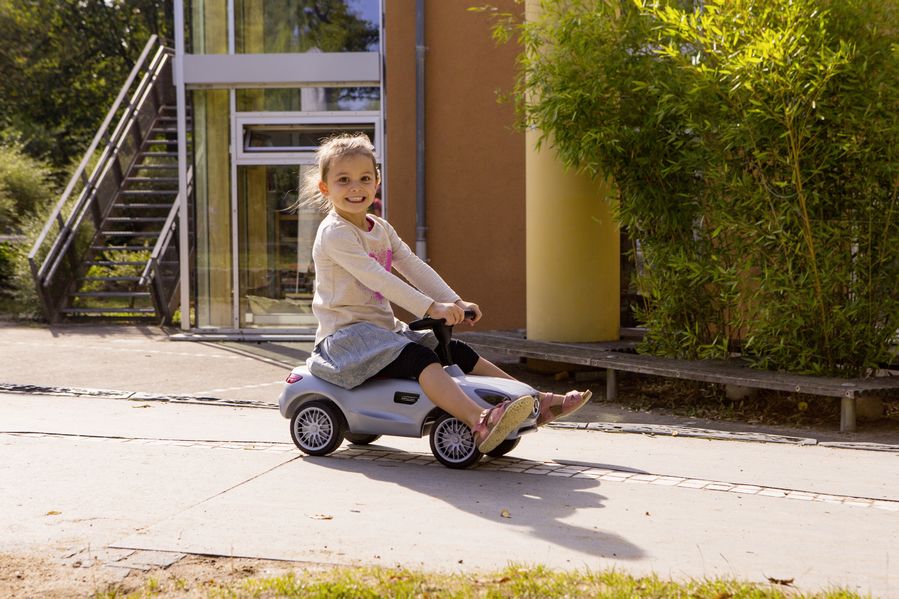 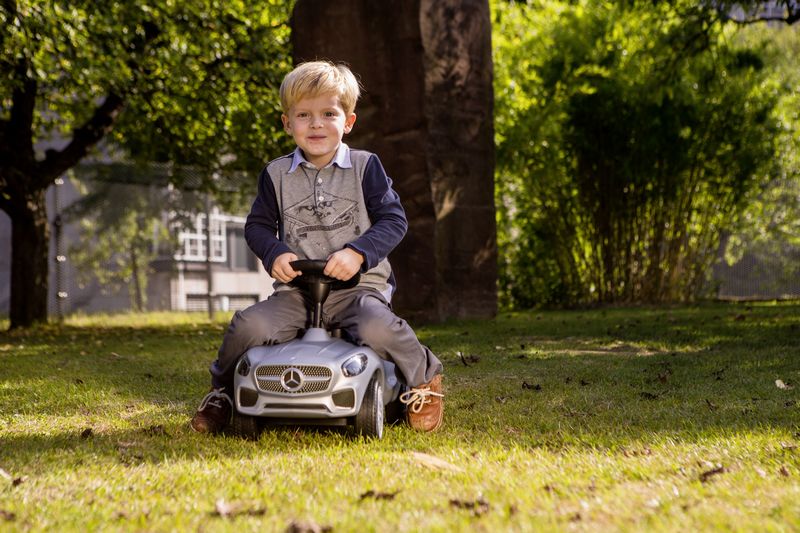 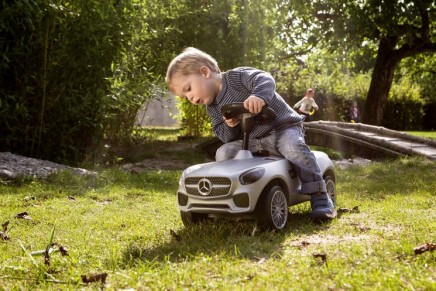 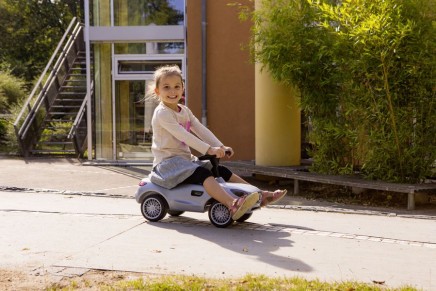 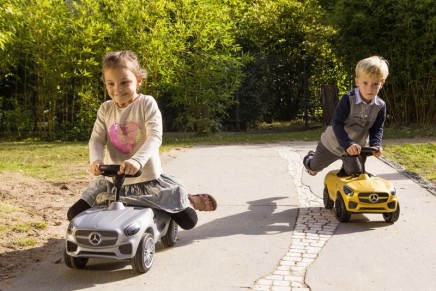 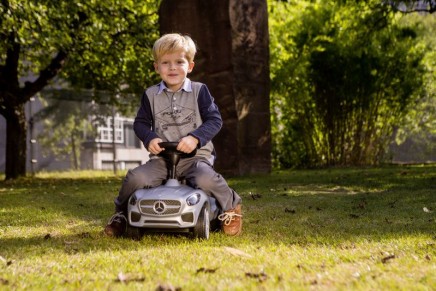 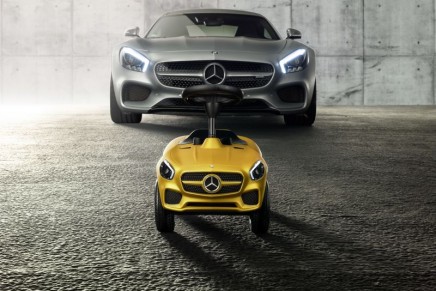 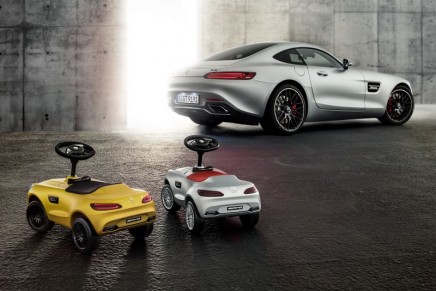 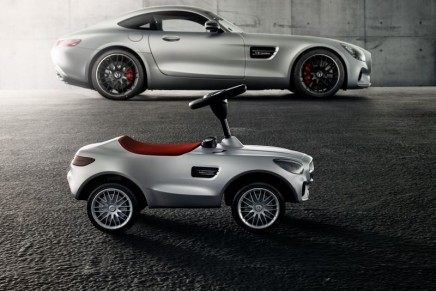