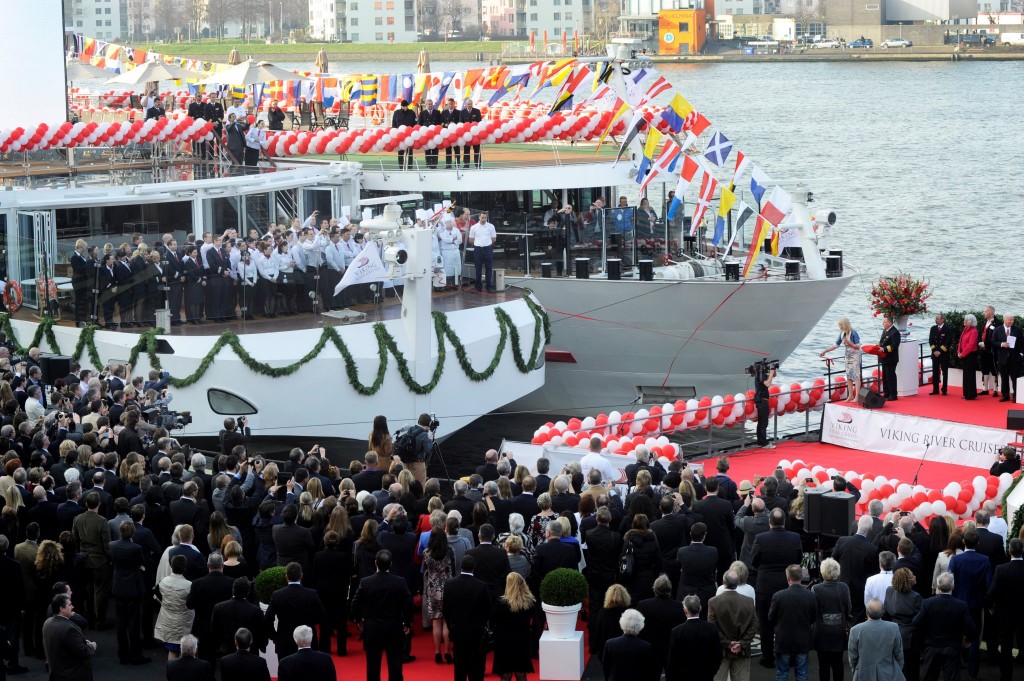 Viking River Cruise, the world’s leading river cruise line, christened the first four of its new Viking Longships in Amsterdam.
“As we celebrate our 15th anniversary in 2012, we’re proud to say this is the biggest day in our company’s history. The christening of four new Viking Longships is the first step toward an exciting new horizon in our future,” said Torstein Hagen, Chairman of Viking River Cruises. “By the end of 2013, we will have launched an unprecedented 12 new Viking Longships in two years, and today we are thrilled and honored to have had such an eminent and sophisticated group of women helping us christen the first four of those vessels.”

The christening of the four new Viking Longships represents the first time in modern history that four cruise ships have been
christened at once, with Viking Odin and Viking Idun christened in Amsterdam and Viking Njord and Viking Freya christened via satellite from the Neptun shipyard in Germany.

Accommodating 190 passengers, the ships are scheduled to sail four of Viking’s most popular European itineraries, including the 10-day Tulips & Windmills, 8-day Romantic Danube, 15-day Grand European Tour and 8-day Danube Waltz. Each of the new Viking Longships will be 443 feet (135 meters) long and feature 95 staterooms per ship.

Viking announced it has commissioned six additional Viking Longships for delivery in 2013, bringing the total number of new ships to be launched in two years to 12.