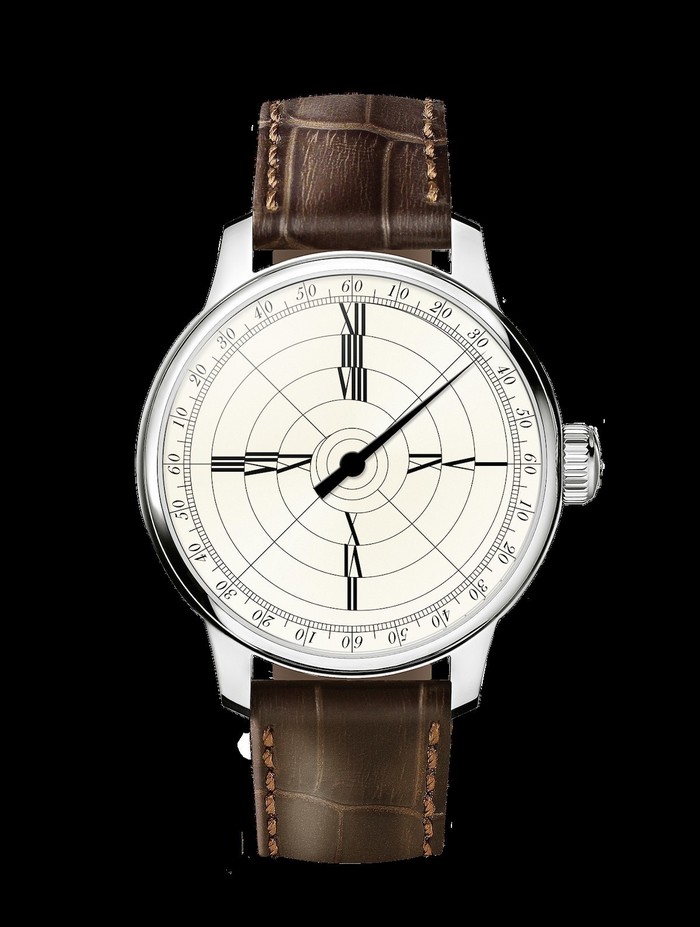 Known for their ‘one-hand’ approach to luxury watchmaking, MeisterSinger unveiled a limited edition timepiece—50
pieces worldwide—to commemorate the brilliance Benjamin Franklin’s mind. Commissioned on a diplomatic visit to England
in 1770, Benjamin Franklin’s curiosity in horology piqued as he described his idea of ‘the most original clock’ to
English horologist, James Ferguson. Franklin’s horological vision consisted of three wheels, two weights and one
pendulum. While he never patented nor published his three-wheel clock’s description, 200 years later his idea would
come through to fruition. 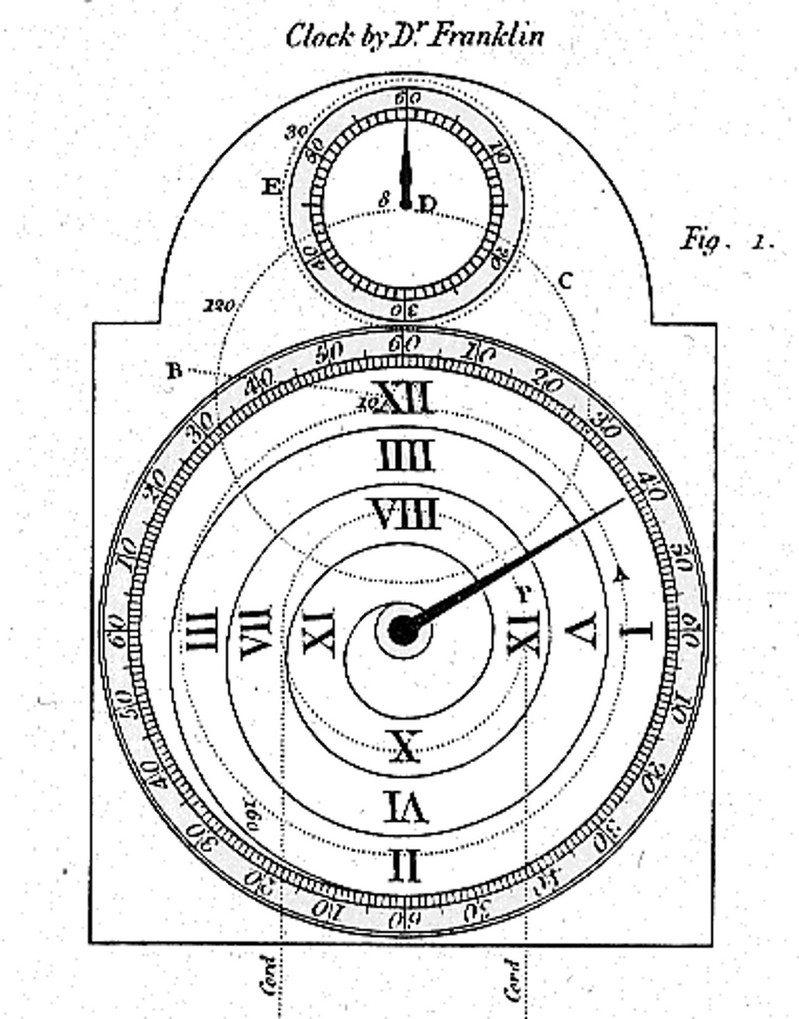 Divided into four quadrants, the knowledge of the approximate hour of the day is needed, in order to properly read the
watch. Using Franklin’s original design, displayed to the right is the actual watch MeisterSinger created to celebrate
his idea.

First, the hour is noticed. In this case, since the hand is passed the 12, 4 and 8 o’clock quadrant, we know the hour
is either 12 o’clock, 4 o’clock or 8 o’clock. Secondly, the minutes can be determined by viewing the number to which
the hand points. Therefore, the time displayed on the watch to the left is either: 12:33, 4:33 or 8:33. An intriguing
conversation timepiece, this watch is easily read upon the brief description of its function. 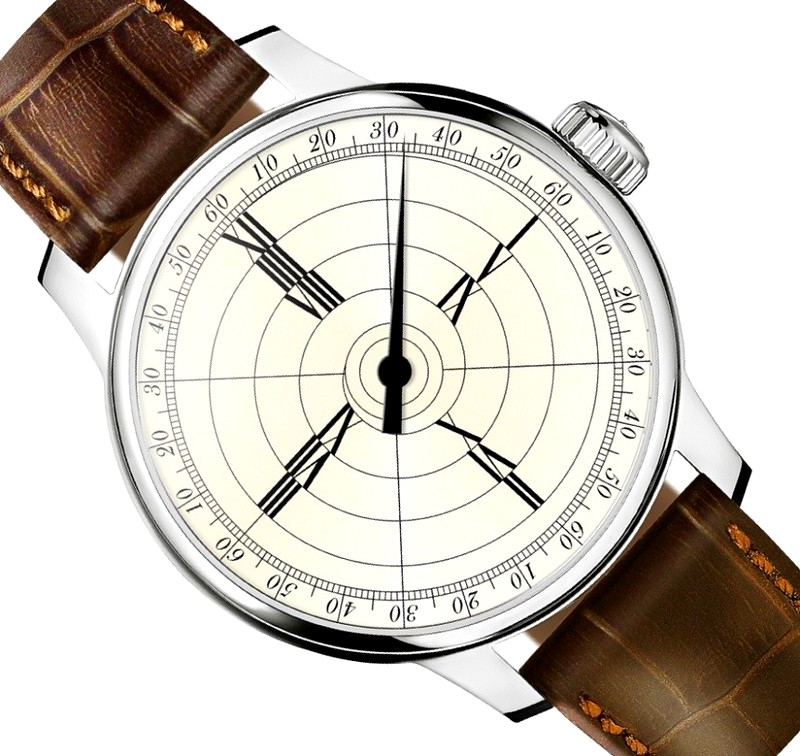 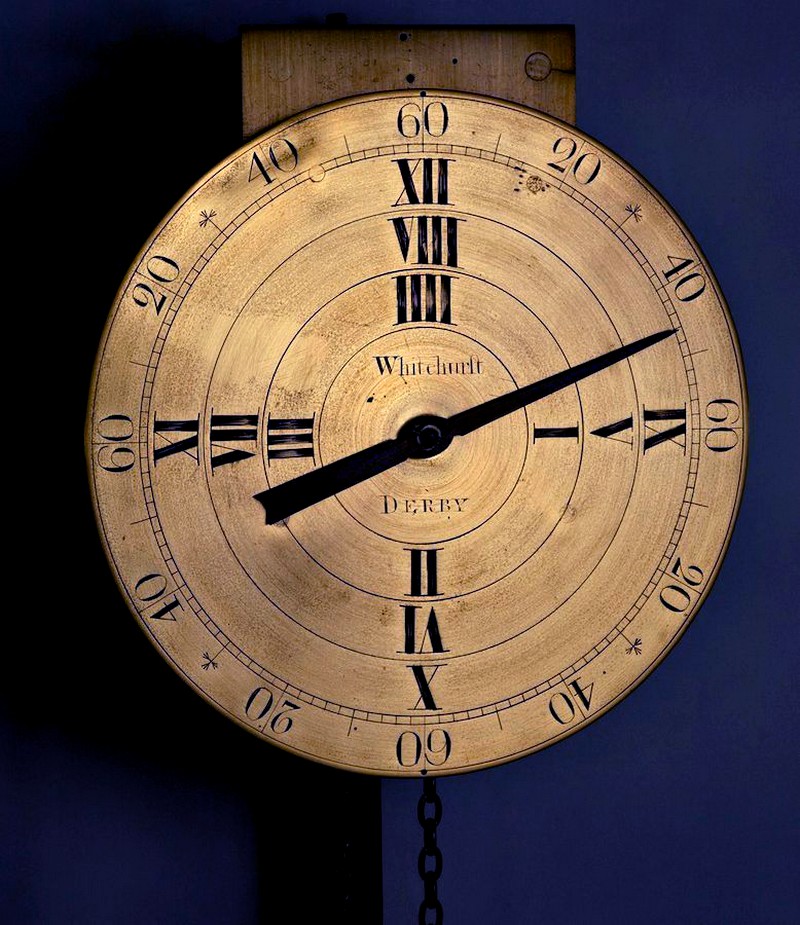 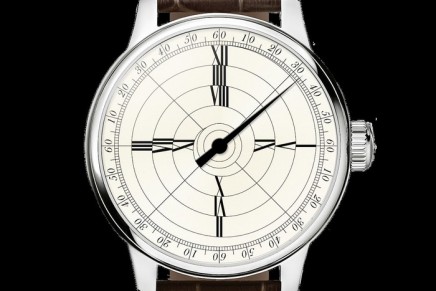 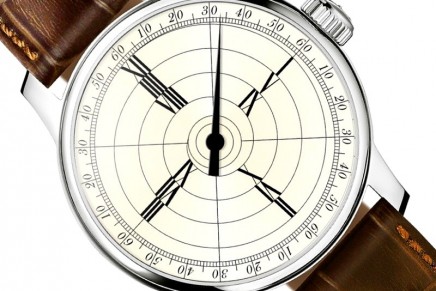 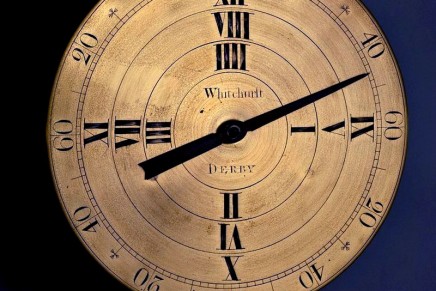 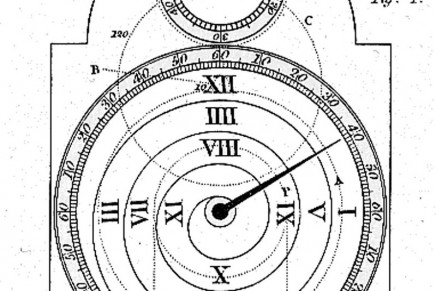