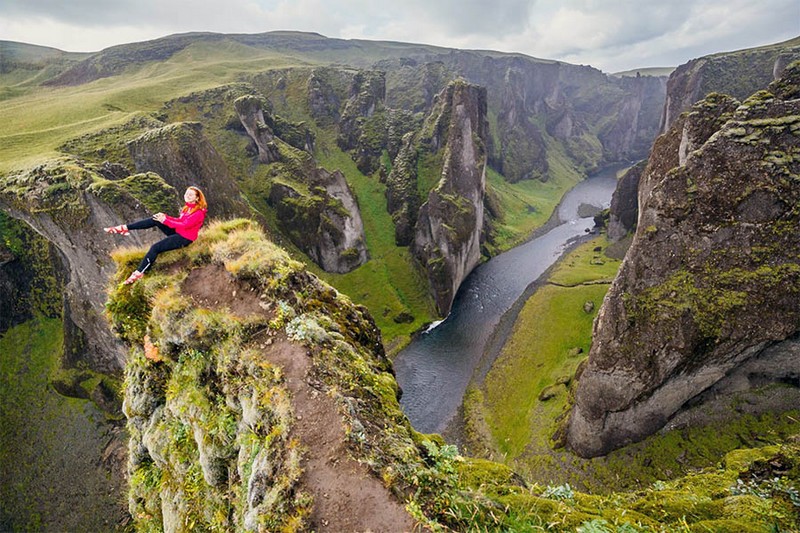 This article titled “10 of the best adventure holidays in Europe” was written by Jane Dunford, for The Guardian on Sunday 17th January 2016 10.00 UTC

The Persians named Cappadocia “the land of beautiful horses” after its wild mountain ponies – and the striking landscape of deep canyons and strangely shaped rocks is perfect for an unusual horseback adventure. Ride Worldwide has an eight-day group trip that crosses plateaux, canters along valley floors and explores remote villages. With up to six hours in the saddle each day, it’s best for intermediate riders and above. Riders camp each night in a tipi (putting them up themselves), and dine in traditional style on kilims and rugs in the central tent. There’s also an option of guesthouse or boutique hotel accommodation.
• From €1,200pp with accommodation and meals, flights extra, rideworldwide.com. Fly to Istanbul or Izmir then take an internal flight to Kayseri with SunExpress from about €30 one-way

A walking and cycling trail, the Via Dinarica, launched two years ago and runs for 1,000km from Slovenia’s Dinaric Alps in the north to Macedonia, via Croatia, Bosnia and Herzegovina, Serbia, Montenegro and Albania. There are three options: the high mountain White Trail, the Green Trail, which is ideal for cyclists, and the easier Blue Trail, along the Dalmatian Coast. Local company Green Visions has tailor-made guided trips on the White Trail, and a Best of Via Dinarica group hike through Montenegro and Bosnia.
• Eight-day trip from €700, with accommodation and some meals, flights extra, greenvisions.ba. Ryanair flies to Podgorica (Montenegro) from Stansted

The Iberian lynx once roamed over half of the Iberian peninsula. Today it’s the rarest cat in the world and only found in two locations: the vast, coastal Doñana national park south of Seville, and the rugged Andújar natural park in the north of Andalucia. There’s plenty of adventure to be had in both parks – from 4×4 safaris to guided hikes – but for a good chance to see the elusive lynx, The Travelling Naturalist has a seven-night, expert-led group trip to both parks, where visitors also learn about conservation, and might spot other wildlife such as mouflon wild sheep and Spanish imperial eagles.
• From £1,395pp, including flights to Seville, all meals and guided activities, naturalist.co.uk

With ancient forests, high mountains and Unesco-protected villages where life hasn’t changed for centuries, Transylvania offers one of Europe’s last great wildernesses, and plenty of fascinating history and culture, too. Adventure doesn’t need to be fast-paced; British firm The Slow Cyclist has new group and independent trips for 2016, lasting from three days to three weeks. Its four-day Enchanted Saxon Transylvania trip covers 90 miles, from the Saxon village of Cund south-east to Viscri at an unhurried pace with plenty of time to stop at local homes, visit shepherds on hilltops and discover little-visited historic sites.
• From £875pp, with meals and accommodation in traditional cottages, but not flights, theslowcyclist.co.uk.

Estonia’s Baltic coast is wild and unspoilt. Many of its 1,500 islands, which were used in the 1950s for Soviet military testing, are now wildlife havens. Explore by kayak, paddling between islands with eerie remains of Russian watchtowers and abandoned farmhouses, and prolific birdlife. Adventure operator Reimann Retked offers several kayaking group trips, with hikes and camping on remote isles. Its two-day Prangli and Kolga Bay Islands tour visits four islands, with a stay on Prangli, still home to about 150 people. Scuba diving is an option on some trips.
• Two days from €85pp (if group of four), with meals, instruction and equipment, retked.ee. Ryanair flies to Tallinn from four UK airports

Mountain walkers have plenty of options in Europe, with countless adventurous routes (Switzerland alone has over 30,000 miles of marked trails). For a less expensive alternative to the Alps, try Slovakia’s High Tatra, which runs along the border with Poland, offering dramatic walks with 20 summits of over 2,500m in just 26km. The soaring views of rocky peaks, lush valleys and sparkling lakes are reward for burning thigh muscles. To plan an independent trip, slovak-republic.org has details of routes and hotels. Alternatively, Utracks offers a new challenging guided eight-day group hut-to-hut trip: a head for heights and ability to walk with your own backpack for up to eight hours a day is recommended.
• From £690, with meals and guide, excluding flights, utracks.com. Tatranska Lomnica is a five-hour drive from Vienna

This ruggedly beautiful French island might be a favourite for stylish beach holidays, but with more than 50 summits of over 2,000 metres, it offers challenging hiking, too (the GR20 trail is one of the toughest in Europe). It’s also something of a canyoning and climbing mecca, and local operator Altipiani Corsica’s trips include a seven-day individually tailored canyoning adventure, abseiling and scrambling down cliffs and jumping into rivers in some of the more remote areas of the island. There’s a choice of camping or hotel accommodation.
• From €750pp camping or €850 in a hotel, including meals but excluding flights, altipiani-corse.com

With its wild volcanic landscapes, glaciers and hot springs, Iceland offers everything an adventure needs. Diving between the North American and Eurasian plates in the incredible Silfra fissure is an incredible underwater experience. Dive Worldwide has a three-night individual trip from £995, including flights. Back on land, hiking dramatic, other-worldly terrain created by the lava formed when Eyjafjallajökull erupted in 2010 is the basis of a new, group, five-day hiking trip with Discover Adventure from £1,199pp, including flights and most meals. Other highlights, such as the Skógá river and the 60-metre-high Skógafoss waterfall, are included, with accommodation in mountain huts along the way.

With its mix of mountains, fjords, remote villages and quiet coastal roads, Norway is a strong contender for an adventurous self-drive. Go in summer when the days are long, pack a tent and wild camp along the way (it’s legal here, though there are great campsites and cabins, too). Among the most spectacular drives is from Bergen north to Trondheim which includes a stretch on the Atlantic Road, with eight bridges linking islands, and the chance to spot seals and whales. It’s about 430 miles, and winds through the longest road tunnel in the world and the zig-zag bends of Trollstigen. Fly back from Trondheim or, time-permitting, head back to Bergen via Sogndal. Norwegian flies to Bergen and Trondhein from Gatwick. A week’s car hire with Hertz costs around £200.

For those who don’t mind the cold, a week of ice-climbing and mountaineering in the Swiss Alps offers an exhilarating winter adventure. A seven-night trip with the International School of Mountaineering involves sleeping in huts and bivouacs, carrying provisions and tackling untracked peaks . You do need to have experience, but for beginners there’s also a six-night Ice Climbing Skills option. All trips start from Leysin, less than two-hours from Geneva, and exact routes depend on weather conditions.
• From £1,735pp, excluding flights, with guide and coaching; Ice Climbing Skills course from £1,395