After having launched two projects for a 90 and a 92-meter vessel in the past years, Zuccon superyacht design is now working at a challenging concept for 94-meter superyachts.

Today the leisure yachting market still remains strongly conservative, accustomed to products that guarantee a long term
durability. According to Bernardo Zuccon, architect and TETI designer, “Formal, functional and technological experiments were recently presented to the market. Although they have had a strong impact, they were actually mere stylistic exercises and were soon forgotten. Large vessels are built to last. With the 94m TETI we introduced new contents in the project without drifting from that Timeless idea that, even though is strictly connected with an ongoing research, it has indeed a key role in the current market”.

The 94-meter TETI project is based on the constant search for the right balance between internal and external spaces. The focus is definitely on the relationship with the external environment, one of the central themes of ZSYD research. Traditionally, the trend in boats of such size is to privilege the interior spaces at the expense of outdoors and external lines therefore simply sketches a sort of shell, which often seems to shut down the surrounding environment.

One of the most representative results of the said research can be found on the Upper deck that is now the focal point of action, as opposed to more traditional layouts where stern deck and Sundeck were the sole areas dedicated to the outdoor activities. 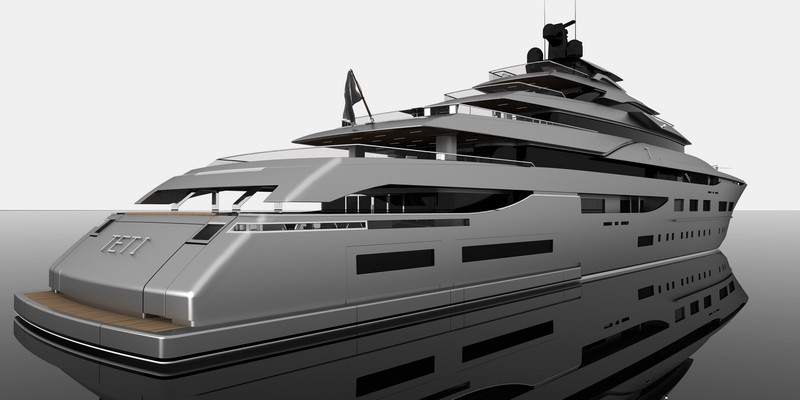 In this new project, however, it is the Upper deck area that assumes a key role, since here takes place the majority of the daily activities onboard: the deck is entirely dedicated to guests and their entertainment. Together with a more traditional large table and pool area on the aft terrace, the bow area displays a second environment that develops in continuity with the internal dining lounge, and becomes then a connection element between the outdoor seating area and the second large pool.

All the attention is focused on this new scenario: in an area usually dedicated to technical operations, the pool becomes a sunny, large, terrace in the sun, made even more welcoming by the comfortable sofas. The 94M TETI Upper deck offers a new and different solution, absolutely unique if compared to the projects currently on the market.

Just as we have an Upper deck exclusive use to guests, the Owner deck has been designed to be entirely dedicated to the owner that, through a private staircase, can reach the Upper deck from his private terrace.

The relationship between external spaces has been revealed as an extremely strategic issue: the ability to move easily between the outer decks becomes an element of exploitation of the spaces themselves, in addition to guaranteeing absolute privacy to the owner and his guests.

One of the layout solutions for the Owner deck, gives the chance to set up two owner’s suites – ideal solution for the charters – complete with an exclusive studio each and walk-in closet, while the guests will be hosted in 8 cabins, between the Main and Lower deck, each one with a private bathroom.

When it comes to equipment and toys TETI is surely a generous yacht
Moving all the guests related activity on the Upper deck frees enough space for four tenders – between 8 and 10 meters – to be allocated between the Beach Club and the Main deck. The owner here has the chance to play with a versatile layout: in addition to a tender bay (solution already adopted on CRN70 J’ade) that opens on the left side, allowing to navigate the tender inside the floodable beach club, there is then the second, more traditional, starboard garage that can host another 10-meter tender. In addition, sacrificing a portion of the living area on the Main deck, other two tenders, about 10 meters long as well, can be accommodated onboard. 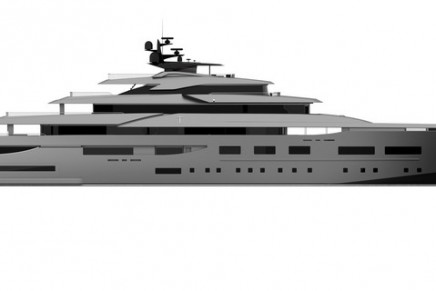 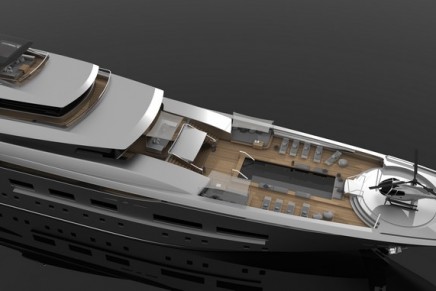 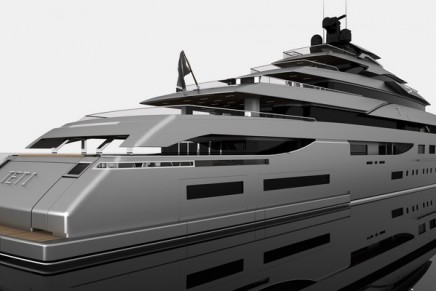 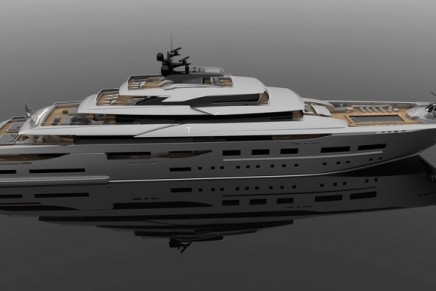 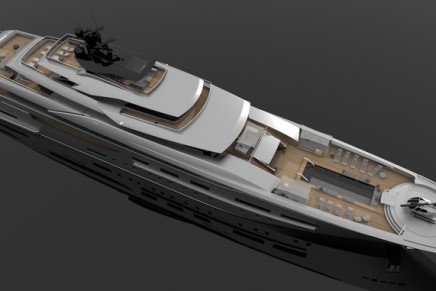 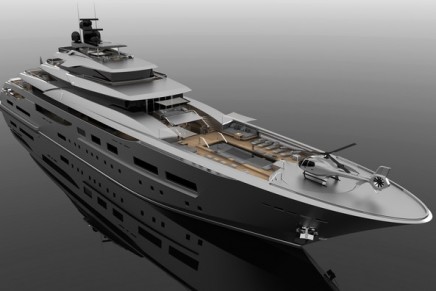