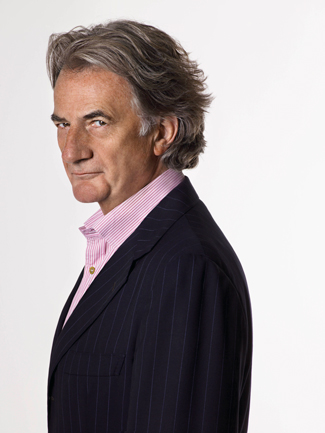 Sir Paul Smith will receive the Outstanding Achievement Award at this year’s British Fashion Awards. This special award celebrates the achievement of a designer whose work has had an exceptional impact on global fashion.

Four times previous British Fashion Awards winner, Paul Smith has been the recipient of Menswear Designer (1997/1999), Classic Designer (2001) and Contemporary Designer (2003). He is famed for dressing a broad range of high profile figures including politicians, entrepreneurs, footballers, rock stars, artists and actors who champion his label. Paul Smith is revered for his designs which are described as  ‘classics with a twist’  and for his signature idiosyncratic take on traditional British styling in both his fashion collections and shops.

The British Fashion Awards take place on 28th November at the Savoy Theatre, recognising the most influential people in fashion today and celebrating the reputation and development of British fashion.

Emerging Talent Award – Accessories
An innovative and directional accessories designer who is emerging as an influential force in British fashion in the Accessories category.
Nominees: Jordan Askill, Nasir Mazhar and Tabitha Simmons.

Emerging Talent Award – Ready-to-Wear
An innovative and directional designer who is emerging as an influential force in British fashion in the Ready-To-Wear category.
Nominees: J.W. Anderson, Mary Katrantzou and Peter Pilotto.

Designer Brand
A leading British based designer brand that has excelled and made an impact on the international stage over the past year.
Nominees: Burberry, Stella McCartney, Tom Ford and Victoria Beckham.

Model
A British model who has contributed most to the international fashion scene in the past year.
Nominees: Georgia Jagger, Kristen McMenamy, and Stella Tennant.

Accessory Designer
The leading British designer of shoes, jewellery, millinery or accessories within the past year.
Nominees: Charlotte Olympia, Emma Hill for Mulberry and Katie Hillier.

Menswear Designer
A leading British designer of ready-to-wear and bespoke tailoring who has been instrumental in enhancing men’s fashion in the past year.
Nominees: Kim Jones, Margaret Howell and Oliver Spencer.

Isabella Blow Award for Fashion Creator
A British stylist, make-up artist, photographer, art director or producer whose creativity has been a major inspiration and influence in the past year.
Nominees: Guido Palau, Katie Grand and Sam Gainsbury.

Red Carpet Award
Gives recognition to a British designer who is creating global awareness of their designs in the media.
Nominees: Antonio Berardi, Stella McCartney and Victoria Beckham.

Designer of the Year
The ultimate accolade, which recognises an internationally acclaimed, leading British designer of couture, ready-to-wear, knitwear or accessories who has directed the shape of fashion in the past year both in the UK and internationally.
Nominees: Christopher Kane, Erdem and Alexander McQueen.

British Style Award
The British Style award, brought to you by Vodafone, is for an individual who embodies the spirit of London and is an international ambassador for London as a leading creative fashion capital.