Michael B. Jordan Debuts as Global Face of Coach Men’s in His First Campaign for the Brand. 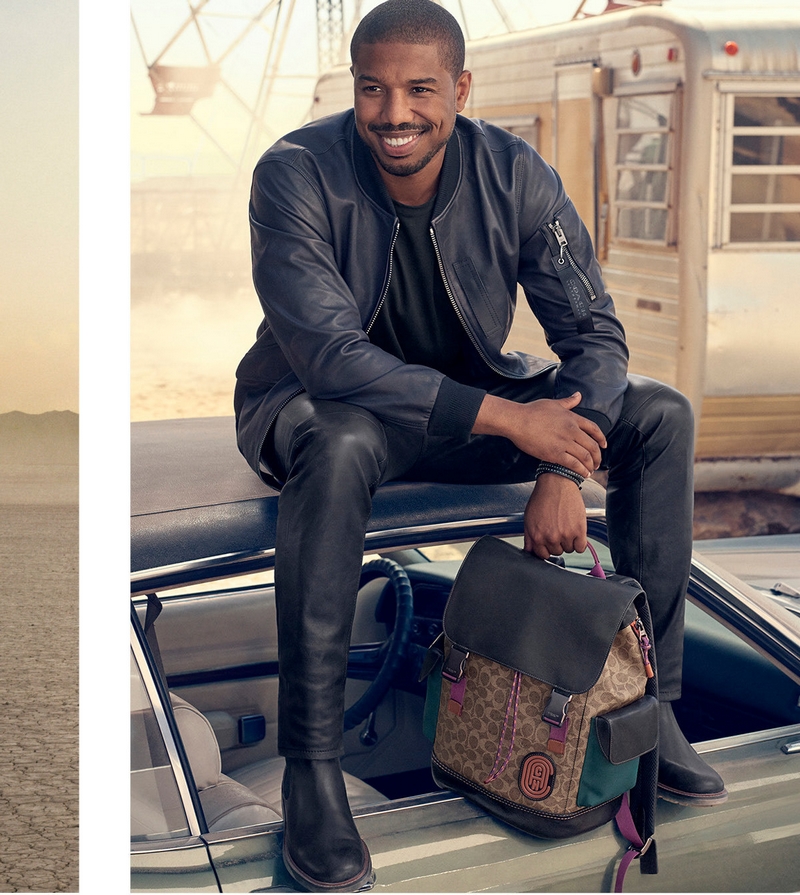 Jordan, a star who is redefining Hollywood standards, says Coach team, captures the cool optimism of the Coach Guy in a series of images set backstage” at a faded carnival.

“I’ve really enjoyed getting to know Michael over the last few years,” said Stuart Vevers, Coach Creative Director. “He has been a true supporter of Coach so it felt like a really natural step to collaborate more closely and create a partnership we can take to the next level.”

Shot in a sunlit desert landscape outside of Los Angeles, the photographs depict Michael B. Jordan on a vintage car, dressed in the house’s re-imagined iconic American silhouettes—a colorblock shearling jacket, a blue leather moto and a patchwork leather MA-1. The campaign also stars the new season’s hero bags, including the Signature Rivington Backpack, the Rivington Belt Bag and the Metropolitan Carryall. 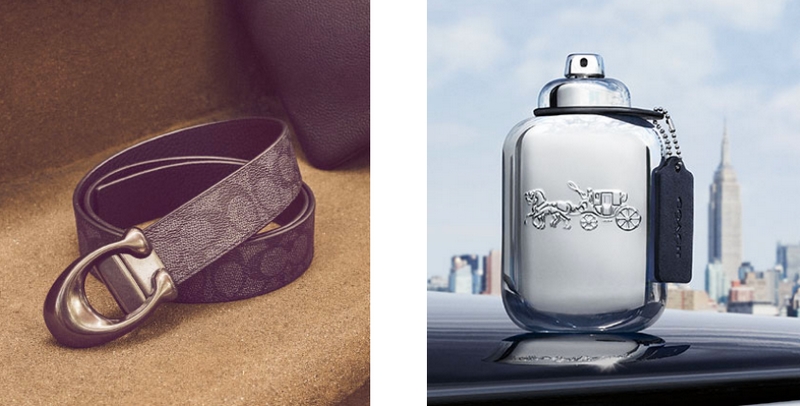 “I’m proud to be the face of Coach men’s,” said Jordan. “I’ve been a fan of Coach for a long time and truly respect their inclusive and optimistic values. I’m honored to be a part of Stuart’s vision and creative process.”

Coinciding with the men’s Spring 2019 launch, Coach also unveils its campaign for the men’s fragrance collection, starring Jordan. Set in a garage among chrome-plated reflections, the scene shows Jordan sitting in a vintage car and conveys the approachable masculinity of the Coach Guy. 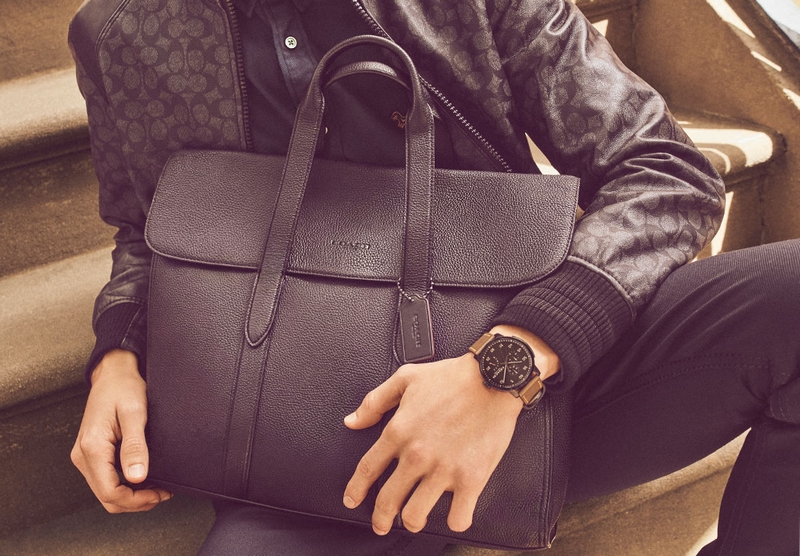 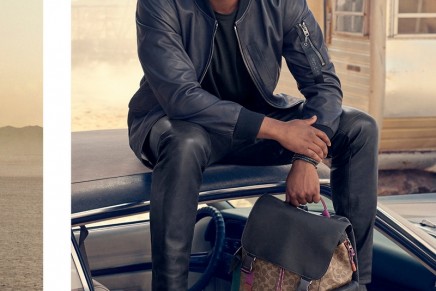 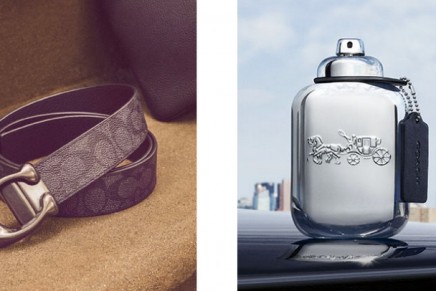 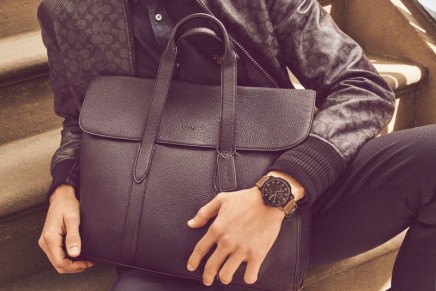