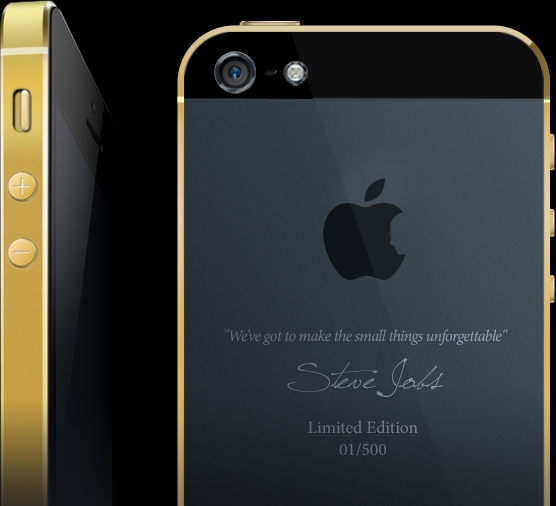 With the state-of-the-art iPhone 5s technology as its base, the GineeX Studio mobile device is edged in lustrous 18k gold and offers a choice of an elegantly complementary black or gray finish. The phone features the beloved Jonathon Mak tribute Apple logo and Steve Jobs‘ rarely seen signature. It is also inscribed with Jobs’ iconic quotation that classically captures his unwavering drive and unerring devotion to minute details: “We’ve got to make the small things unforgettable.”

The GineeX Studio iPhone 5S also bears the touching Jonathon Mak tribute logo that became a worldwide sensation at the time of Jobs’ passing. Inspired by the Apple co-founder, Asian design student Jonathon Mak adapted the iconic Apple logo by replacing the “bite” mark with Steve Jobs’ silhouette. Although created months before Jobs’ death, the sentimental logo swiftly spread around the globe after the technology giant’s death. GineeX Studio includes the now-famous version of the logo as part of the elegant phone’s commemoration of the legend and an one-of-a-kind feature.

Only 500 of GineeX Studio‘s commemorative iPhone 5s mobile devices are in production, and each is numbered with its place in the series to preserve its value and exclusive character. 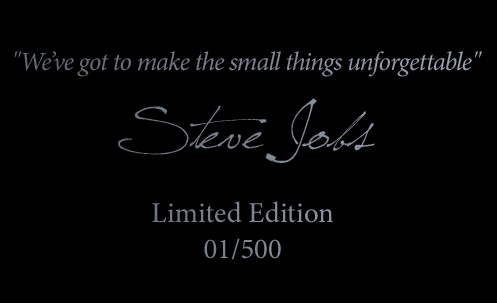