Swedish supercar company Koenigsegg stuns Geneva Motor Show 2015 with Regera – the world’s most powerful production car. Koenigsegg’s first plug-in hybrid boasts four engines and a total output of 1782bhp. According to Koenigsegg, the only Hyper/Megacar that could be faster around a circuit, is another Koenigsegg.

The Regera will be handcrafted in only 80 examples. Apart from being a suitable production run for Koenigsegg´s newly upgraded and refurbished production facility, the number 80 also symbolizes the principle of domination, control and achievement in Pythagorean Numerology.

Given the latest advances in compact lightweight hydraulics, Koenigsegg has managed to robotize the entire Regera with almost no weight addition. As the Regera features functions such as; active front and rear wings, chassis control and lifting system – the pumps and accumulators were already in place to connect a few more hydraulic operators. These in turn replaced gas struts of equal weight – resulting in minimal weight impact.

Due to the above, the Regera is the first car in the world that operates all body closures completely automatically. The spectacle to open and close the entire car simultaneously from the remote or smartphone, truly turns the Regera into a transformer.

Furthermore the wing mirrors are auto-folding while the doors open, giving added practicality and visual drama, as the Dihedral Synchro Helix Doors swing out and rotate 90 degrees to fully clear the door opening, without protruding more than the width of the door – making them highly ergonomic.

Koenigsegg developed a completely new rear sub frame and rear structure that allows the engine and transmission to rest on active soft mounts. When driving in normal conditions the mounts stay soft and isolate engine noise and vibrations. When driving spirited, the mounts firm up to solidify the car and give greater response. The shock absorbers are active in height and stiffness – again allowing for the bi-polar behavior.

Furthermore, the Regera can be driven in absolute silence, as it is possible to go into full EV mode for shorter periods of time. 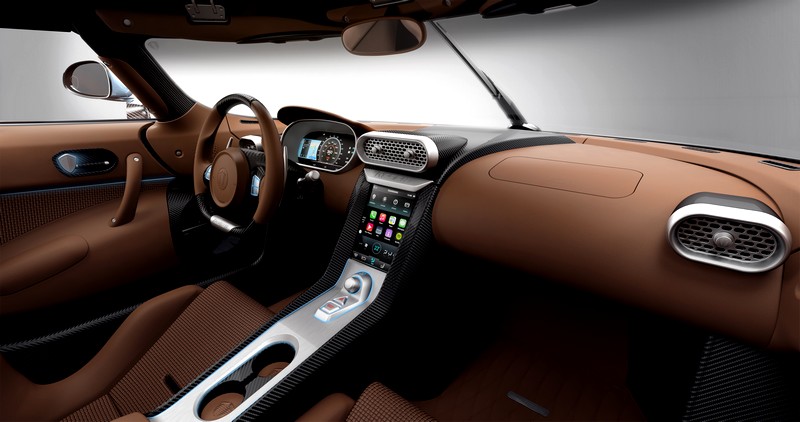 The Regera has taken top-mounted rear wing solution to the next level, allowing the wing also to fully fold down into the body work enhancing the cars elegance while parking and reducing drag while cruising. The wing´s active foldable mechanism, is a lightweight work of carbon fiber art and the movement is truly mesmerizing.

To put it into perspective, the Regera has almost triple as many electric Bhp (700 Bhp) and over 300 Bhp more than its closest hybrid rival. Still the Regera manages to be very competitive weight wise, while including unusual features such as a six way adjustable electrical seat and a fully robotized body work.

“The combination of electrical and combustion power is just mind boggling. When you get up to speed, the system really comes into play – How about 3.2 seconds between 150 to 250 km/h and under 20 seconds from 0 to 400 km/h?” says company’s head, Christian Von Koenigsegg.

The Swedish supercar manufacturer will built only 80 examples of the Regera, each costing around $1.9 million. 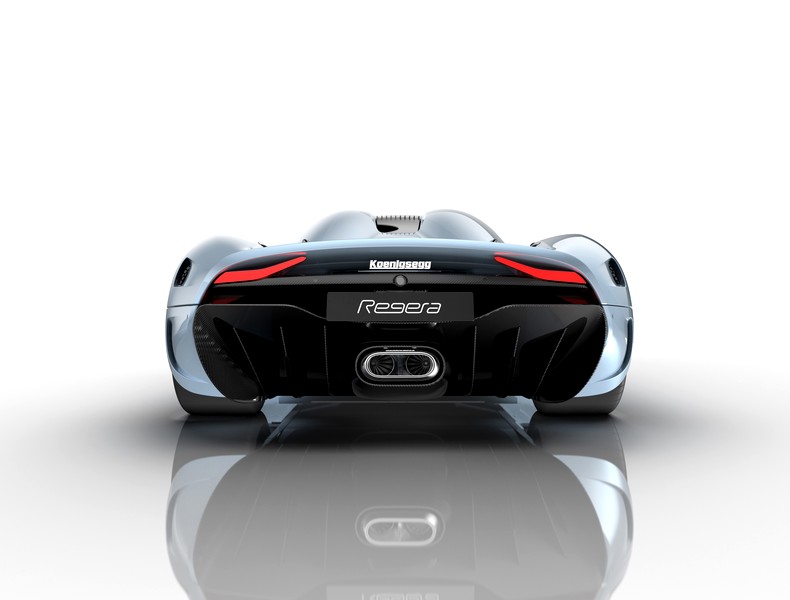 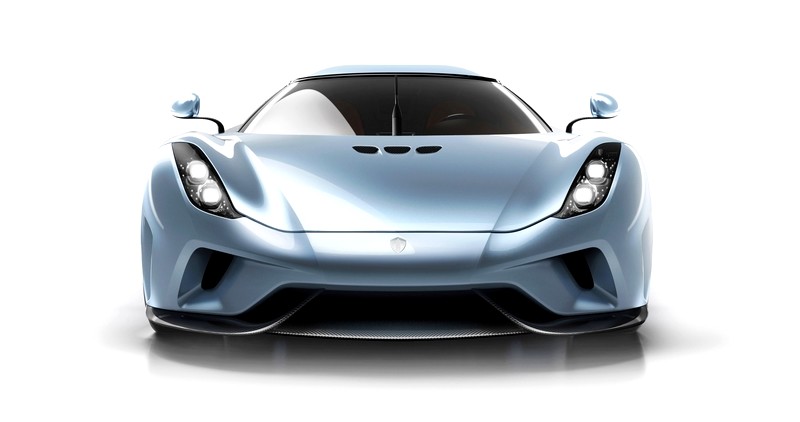 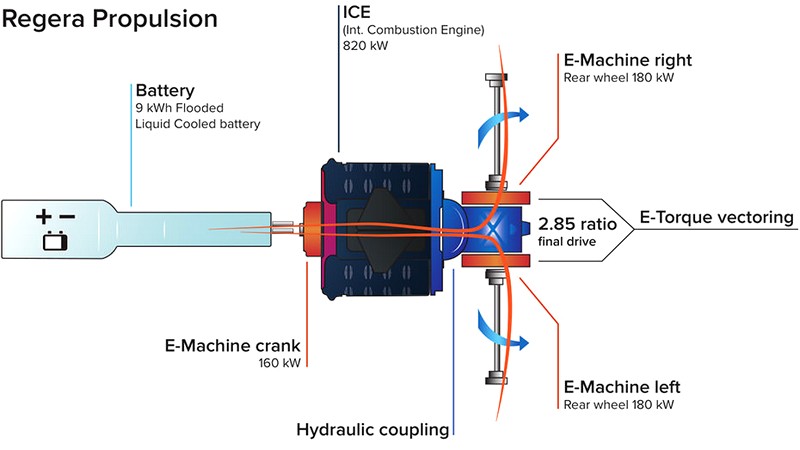 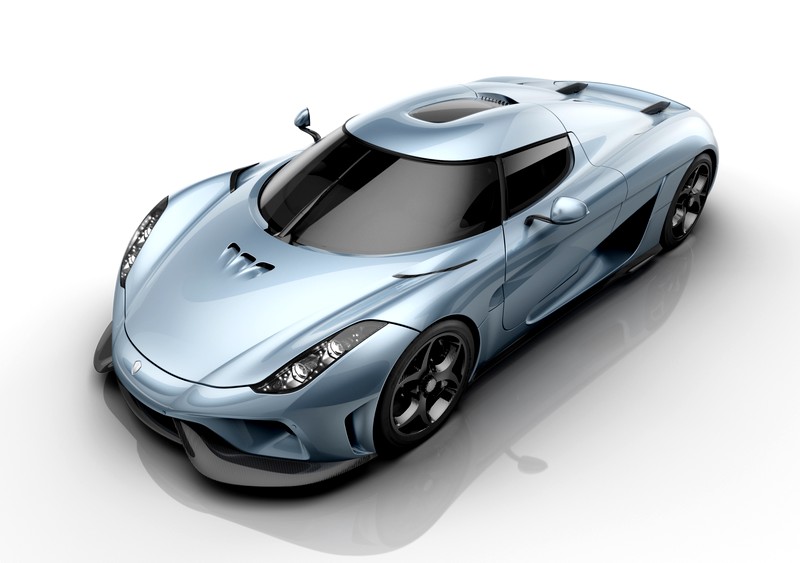