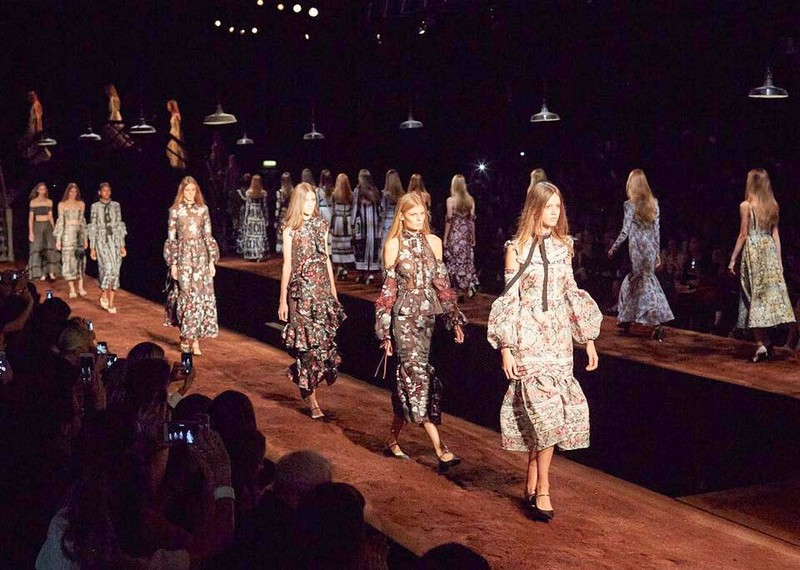 This article titled “From Victoria Beckham to Erdem: the British Fashion Awards nominees” was written by Jess Cartner-Morley, for The Guardian on Thursday 15th October 2015 08.01 UTC

Hidden in the small print of the list of nominees for this year’s British Fashion Awards comes official endorsement of Victoria Beckham’s entry into the top tier of the industry: Beckham is one of the three candidates for this year’s top gong of womenswear designer of the year.

Beckham has twice previously been awarded brand of the year, in 2011 and 2014, and is a three-times nominee for the same award, but this is her first shot at the main prize. Seven years after her first collection, it represents acknowledgment of her label as a creative force as well as a commercial one.

JW Anderson, the 31-year-old Northern Irish designer who has been a trailblazer in the burgeoning trend for gender-neutral fashion, putting skirts on men as well as men’s shirts on women, was fittingly rewarded for his efforts with nominations in the categories for both womenswear and menswear designer of the year, a double coup that reflects how influential his androgynous aesthetic has been. Christopher Kane is the third nominee in the womenswear category, while E Tautz and Tom Ford join Anderson on the menswear shortlist. Although Ford is not currently staging shows in London, his label is eligible because the business is based here.

The high profile of the Alexander McQueen label in the same year that the Savage Beauty exhibition staged a record-breaking run at the V&A is echoed in a nomination for brand of the year. Models in the running for a prize include Malaika Firth, Jourdan Dunn and Georgia May Jagger, which is good news for diversity.

One notable absence – and one that the brand will be hoping to rectify at the 2016 awards – is Mulberry. Once an omnipresent name in British fashion, Mulberry is currently running a low profile, but it is expected to present a new collection by recently arrived creative designer Johnny Coca in February.

Four names have two nominations apiece: Kane, Ford, Anderson and previous womenswear designer of the year Erdem. The winners will be announced at a ceremony at the London Coliseum on 23 November.