Luxury hospitality players are elevating some of their most iconic properties with a new look and feel. 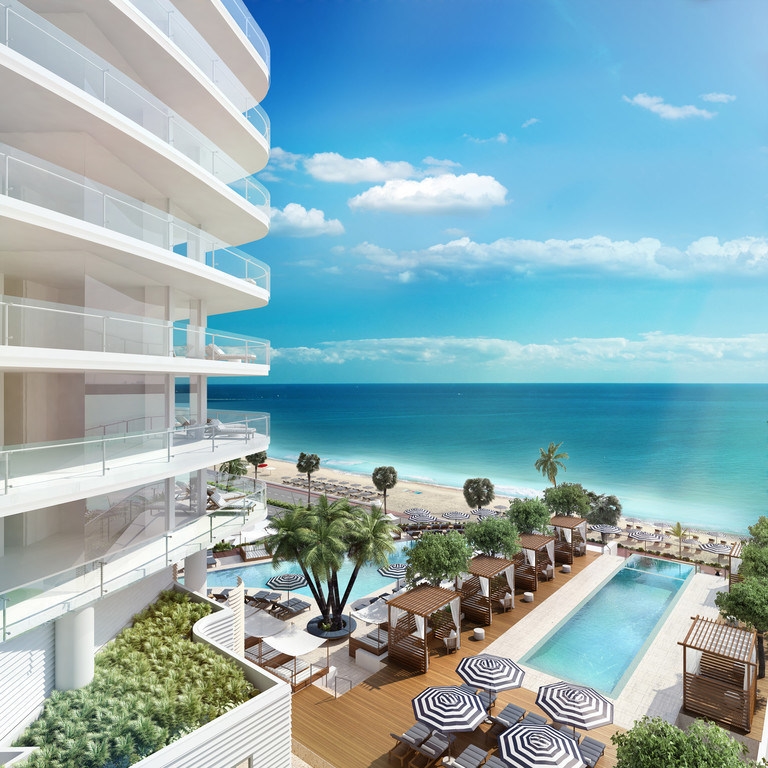 Earlier this year, leading luxury hospitality company Four Seasons Hotels and Resorts polled its 1.1 million Instagram followers to uncover the most popular travel motivators. Top of the list: travellers are fueled by a desire to explore. As we gear up for 2022, travellers will surely rediscover their love of exploration.

With more than 120 properties in 47 countries, a collection of 750 Private Retreats – among the world’s finest vacation homes – and a fully-branded Private Jet offering five-star service in the sky, there’s no shortage of Four Seasons Wandermust inspiration to choose from: 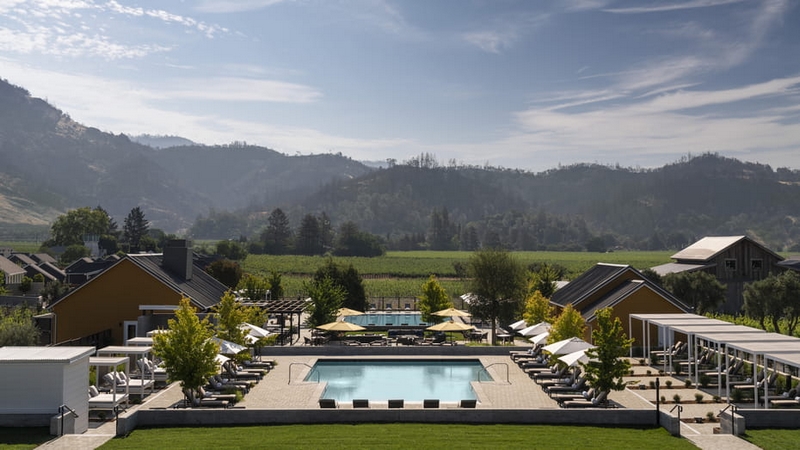 Four Seasons Resort and Residences Napa Valley ­­– Napa Valley’s first and only resort set within a working winery, the latest Four Seasons opening will impress even the most seasoned wine aficionado. Nestled between picturesque forests and the mountains of Calistoga, the modern retreat features a cabernet sauvignon vineyard, world-class seasonal cuisine, and a tranquil spa.

Four Seasons Hotel and Private Residences New Orleans – Riverfront luxury in one of America’s most celebrated cities, the 34-storey landmark on the Mississippi waterfront brings renewed glamour and elegance to NOLA, along with food and beverage offerings inspired by the city’s culture and led by renowned chefs Alon Shaya and Donald Link.

Four Seasons Hotel and Residences Fort Lauderdale – The brand’s collection of hotels, resorts and residences continues to grow in the Sunshine State. A prime beachfront address in the heart of a celebrated vacation city, Four Seasons is bringing unrivalled style and legendary service to one of the world’s top yachting destinations. Anticipated opening in early 2022.

Four Seasons Hotel and Private Residences Nashville – Rising high above the banks of the majestic Cumberland River in the downtown neighbourhood of Sobro, floor to ceiling windows provide unobstructed panoramas and a daily reminder of the city’s thriving creative spirit. The Hotel’s residential tower is destined to redefine luxury urban living in the heart of Nashville. Anticipated opening in mid-2022. 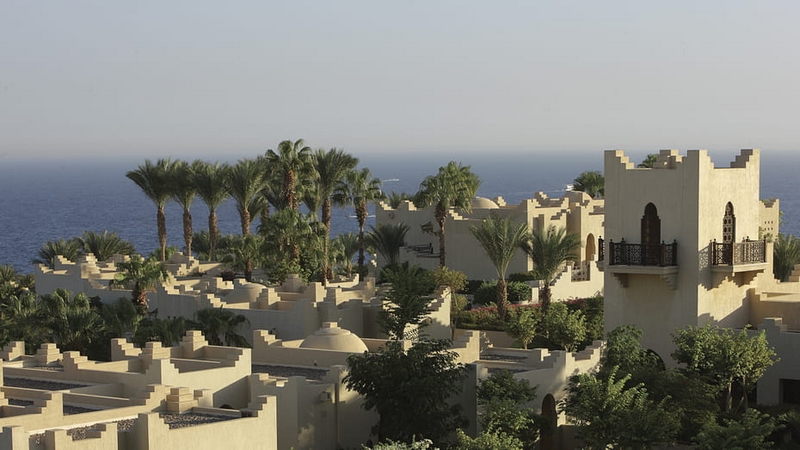 Four Seasons Resort Sharm El Sheikh, Egypt – Undergoing a significant expansion, the award-winning beachfront Resort is doubling in size to celebrate the Red Sea life and desert adventures, making room for 115 additional guest rooms and suites, five brand-new restaurants, new dive centre, recreational facilities, and a conference centre for up to 2,000 guests. Renovations are set to be complete in early 2022.

Four Seasons Hotel Istanbul at Sultanahmet – The historical landmark will re-emerge following a hotel-wide renovation, transformed with a remodelled courtyard, elevated dining concepts and public areas, renovated guest rooms, and a newly added wellness area including a traditional Turkish hammam. Renovations are set to be complete in April 2022.

Four Seasons Hotel Riyadh at Kingdom Centre – Currently underway, the Hotel-wide transformation includes enhancement of the lobby, reception, lobby lounge, guest rooms and suites as well as the Royal and Kingdom Suites. Highlights include a Pierre Hermé patisserie and new restaurant under the patronage of Chef Daniel Boulud. The transformation is set to debut in early 2022.

Beverly Wilshire, A Four Seasons Hotel – The legendary property is in the midst of a robust refurbishment project featuring a modern enhancement of all guest rooms and suites by David Collins Studio. Delivering old Hollywood glamour with a contemporary twist, the modernised accommodations will redefine Los Angeles luxury. Refurbishment is set to complete by summer 2022.

Four Seasons Resort Punta Mita, Mexico – A significant renovation of the Resort’s acclaimed Jack Nicklaus-designed golf courses plus new two-bedroom family casitas featuring bunk beds for kids is underway, offering even more possibilities for families. A vibrant new bar devoted to mezcal is also in the works. Renovations are set to be complete in late 2021. 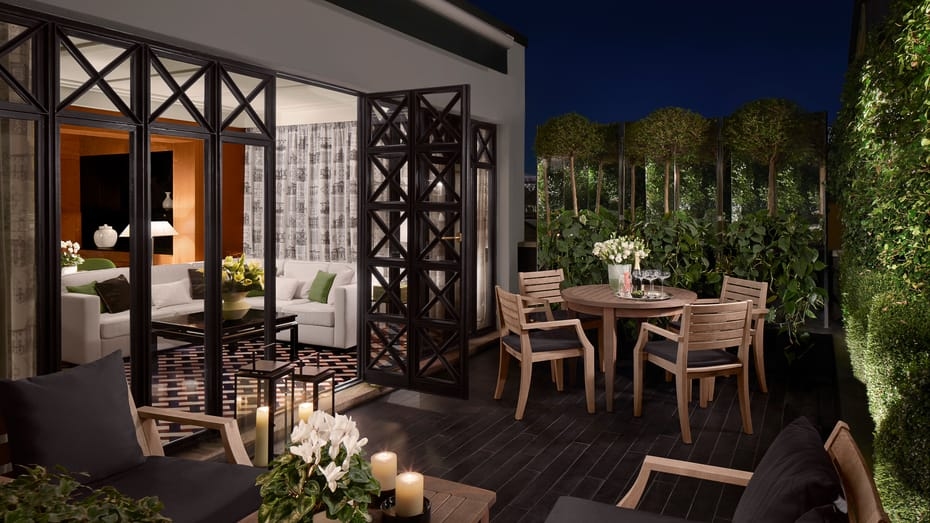 Newly Enhanced and Ready to Explore

Four Seasons Resort Mauritius at Anahita – After a significant expansion of its central beach hub Bambou Restaurant and the addition of the brand new BluBar, the transformation provides even more atmospheric seating areas, situated alongside Indian Ocean views.

Four Seasons Hotel Hong Kong – In July 2021, the Hotel completed two phases of transformation, ushering in a new era of luxury hospitality. Phase one featured a partial enhancement of 399 guest rooms and suites and lobby area while phase two introduced bar ARGO, and lobby café Gallery, joining a collection of Michelin-starred dining destinations. The Hotel continues with its phased transformation throughout 2022 to complete the enhancement of all guest rooms and suites, as well as other public areas.

Four Seasons Resort and Residences Vail – A highly anticipated enhancement project completed in 2021 includes a refresh and remodel of all hotel guest rooms, suites and corridors; conversion and remodelling of several private residences; refreshed meeting space, public spaces and lobby. The result is a fresh interpretation of the grand alpine resort, with a refined, contemporary finish. 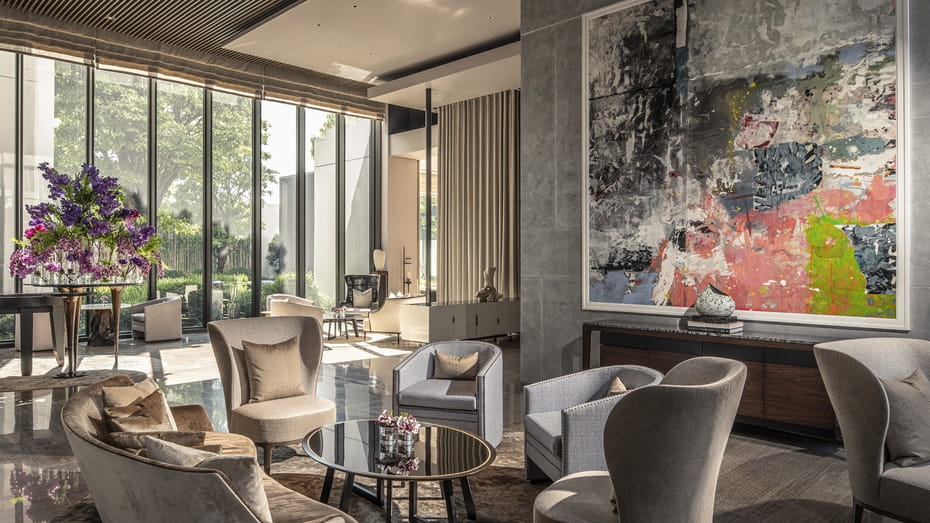 More Enhancements from Across the Globe

Four Seasons Resort Maldives at Landaa Giraavaru – A complete interior enhancement of both the Premier Oceanfront Bungalows and Family Oceanfront Bungalows is underway, set to feature a vast 12-metre (40 foot) pool and breezy outdoor living rooms. Renovations are set to be complete by early 2022. 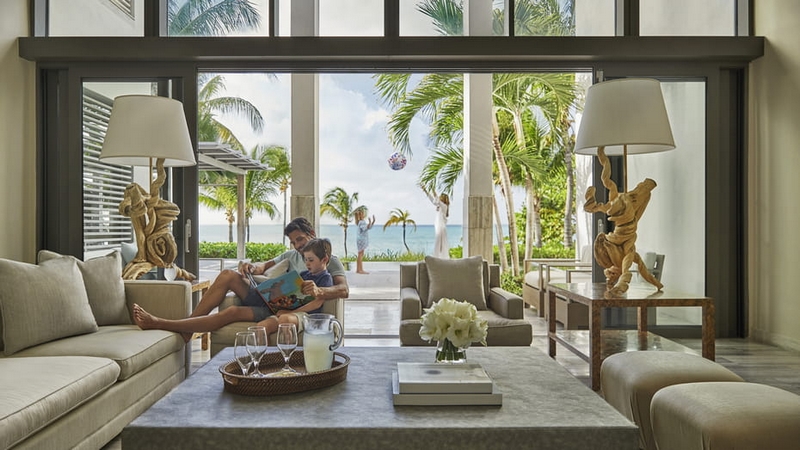 Offering guests privacy, space, and exclusivity, Four Seasons Private Retreats features more than 750 of the world’s finest residences and villas across 28 destinations. Enhanced residential services include private chefs, concierges, fitness instructors, Kids For All Seasons programs and more in the comfort of a luxury rental home. New Villas and Residences are set to open in Los Cabos, Napa Valley and Fort Lauderdale in early 2022 with continued expansion to 16 additional destinations by 2025.

Reimagined for an even more extraordinary experience in the sky, the new Four Seasons Private Jet offers an enhanced flight experience with meticulous construction and thoughtful Four Seasons design. The 48-seat interior of the new Airbus A321neo-LR aircraft has been configured for even greater comfort with as much space as possible for guests to spread out and makes themselves at home. 2022 itineraries are almost completely sold out, with limited availability remaining on the Uncharted Discovery 2022 journey, and soon-to-be announced 2023 journeys are expected to go fast. 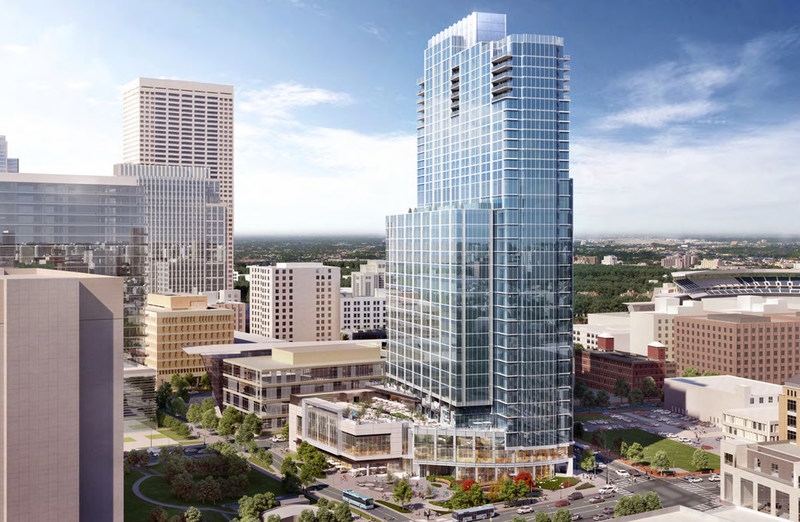 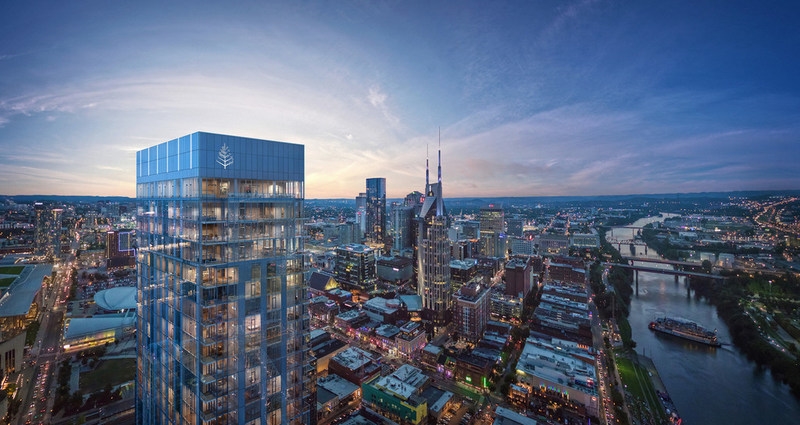 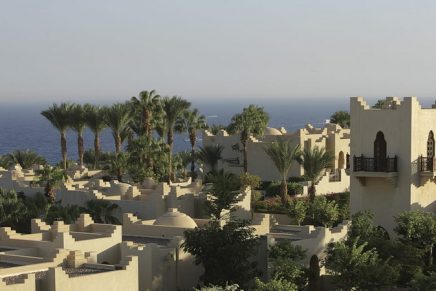 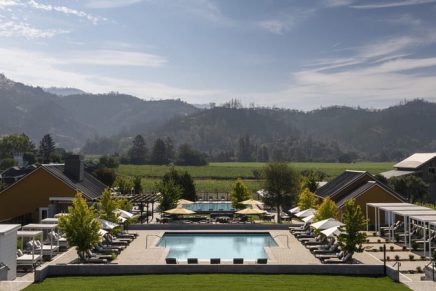 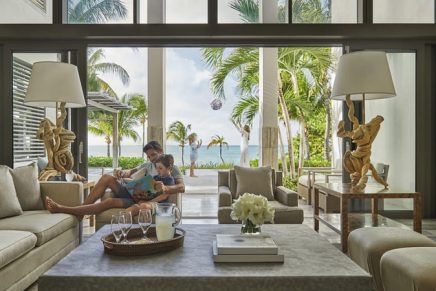 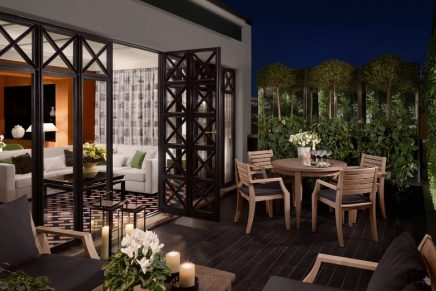 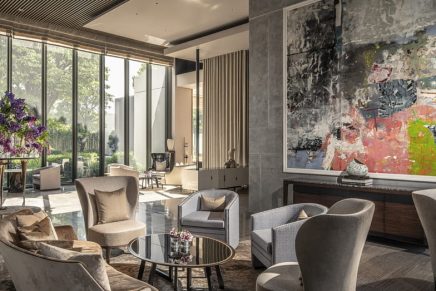 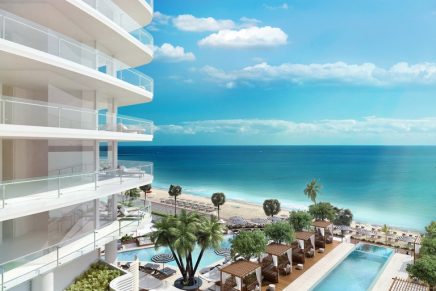 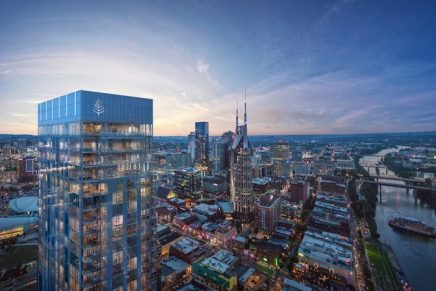 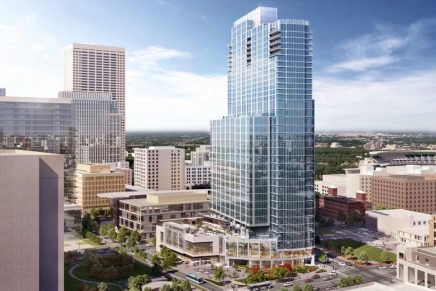