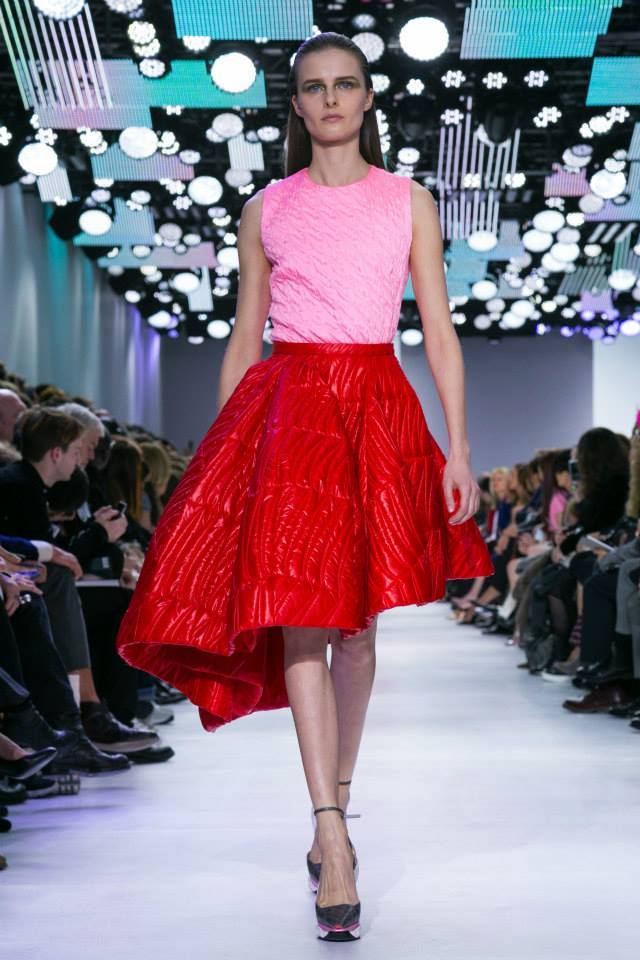 The day is rising on a new Dior woman. A woman who had taken control – of the city, of men, of herself. A woman running in hybrid shoes, pumps on a sport sole. The French fashion house paid tribute to the energetic modern woman with Raf Simons’ most powerful collection to date. The models were showcasing Dior’s latest garments in a refined blur of immaculate tailoring and color. The whirlwind pace of the city moved us from trademark classic double-breasted jackets to burgundy trouser suits and playfully laced-up coats, from layered color-block dress in fuchsia wool and emerald green to opulent pink astrakhan coat… The statement show concluded with a trio of sheer floor sweeping sequined gowns worn over white t-shirts.

“I wanted to address the idea of the city in all its abstraction, and that’s how I see the urban world in this collection “, explained Raf Simons. “It’s the idea of romance and reality: a world of possibility. At the same time I wanted to show a woman who’s liberated by how she chooses to dress.”