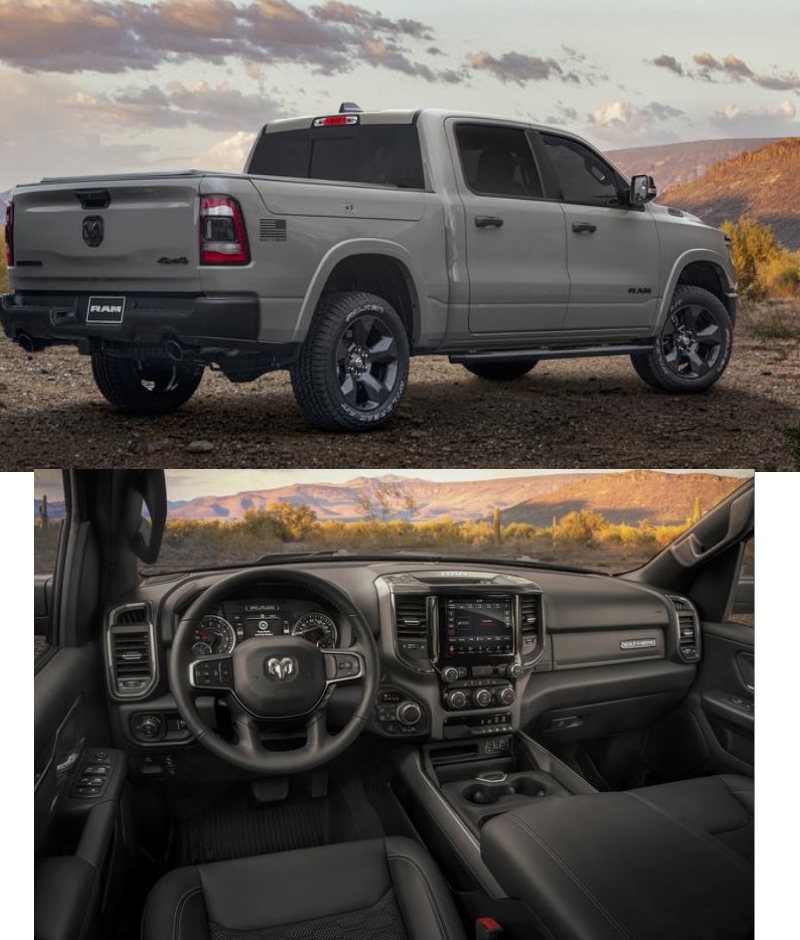 According to the U.S. Department of Veterans Affairs, approximately seven percent of the U.S. population is an active member, reserve member or veteran of the armed services.

As part of the “Built to Serve” initiative, Ram is bringing further attention to its volunteer initiative called Ram Nation. Ram Nation has been organizing grassroots volunteer events since 2015 and, through the launch of the “Built to Serve Edition” trucks, is reinforcing its commitment to recognizing those who serve our nation and our communities.

“Ram truck owners, whether civilian or military, are familiar with the ‘Built to Serve’ adage as it’s something we strive to build into every truck and van we produce,” said Mike Koval, Head of Ram Brand, FCA – North America. “Ram honors those who serve or have served in the United States with distinction and we continue to welcome volunteers to our Ram Nation volunteer efforts.”

A new “Built to Serve Edition” model, representing another one of America’s land, air or sea-based military branches, will launch approximately every three months. 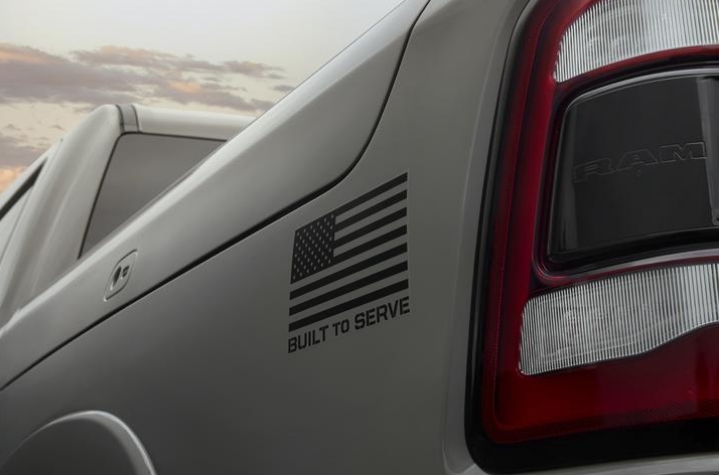 Each of the five U.S. military service branches has been or will be honored by Ram with two specially selected exterior paint colors that evoke the spirit, the mission and history of that service. One of each branch’s “Built to Serve Edition” models will be offered in a new low-volume paint option exclusive to this program.

Ram “Built to Serve Edition” trucks feature other unique interior and exterior features that set them apart, including a United
States flag and “Built to Serve” decal on each of the rear quarter panels.

Each of the new Ram front ends gets a unique treatment consisting of an all-black grille and surround, black bumpers and black-bezel premium lighting. Complementing the look are black badges, black wheel-to-wheel side steps and dual four-inch black exhaust tips.

These new Ram models are also ready to display their owner’s military pride with “Built to Serve”-embroidered Velcro panels on each front seat and additional Velcro panels on each front seat inboard shoulder panel. Buyers can apply their own patches – regimental, flags, name tapes or slogans – to personalize their “Built to Serve Edition.” Front seat back panels are covered with Pouch Attachment Ladder System/Modular Lightweight Load-bearing Equipment (PALS/MOLLE) webbing to attach additional equipment or pouches. 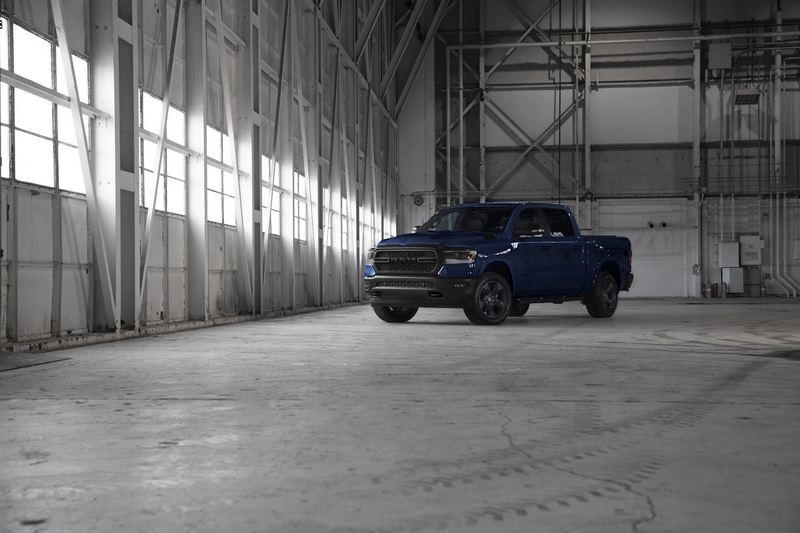 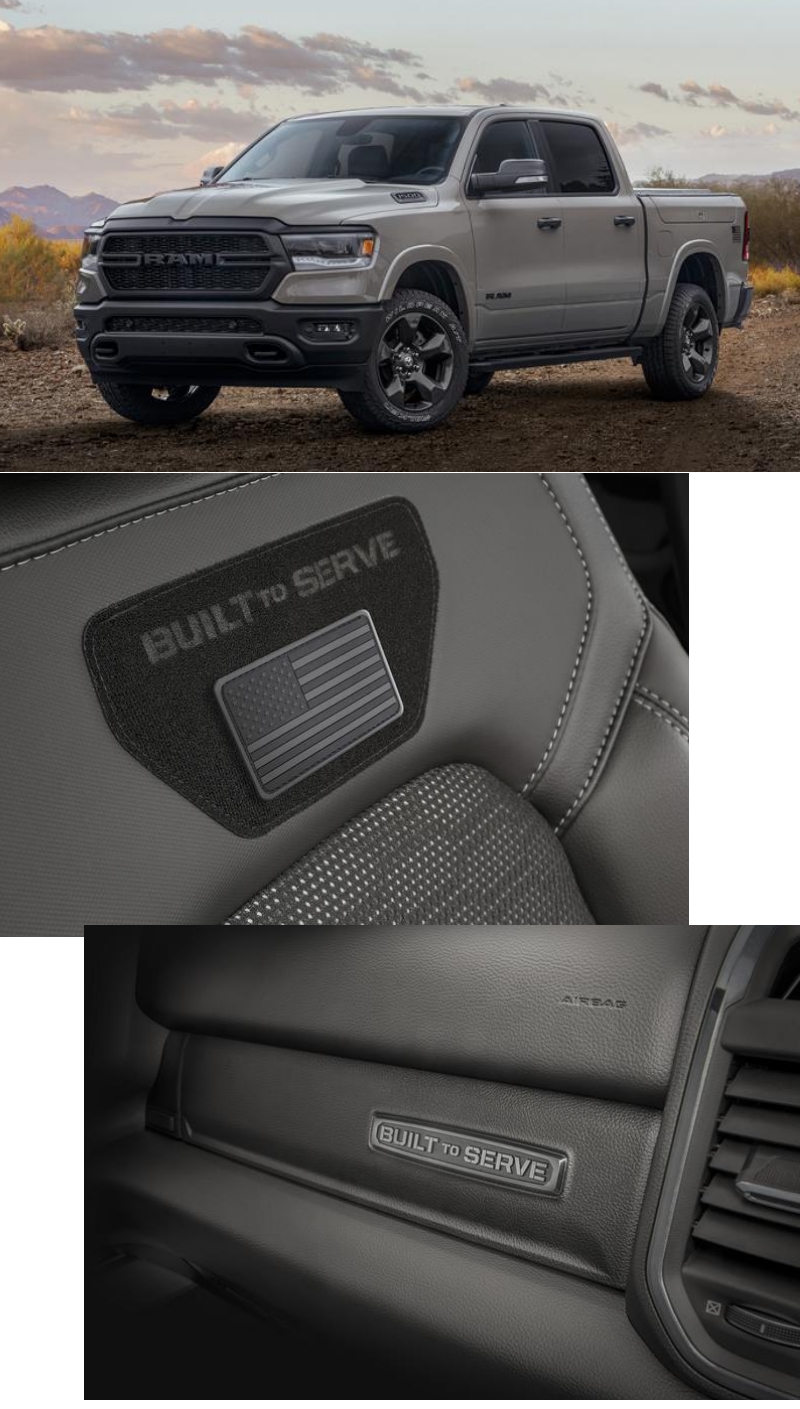 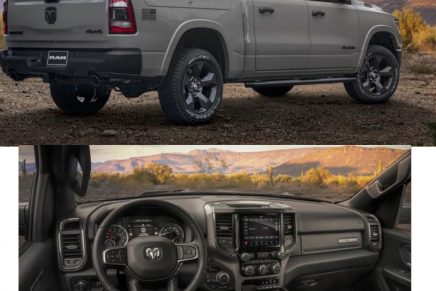 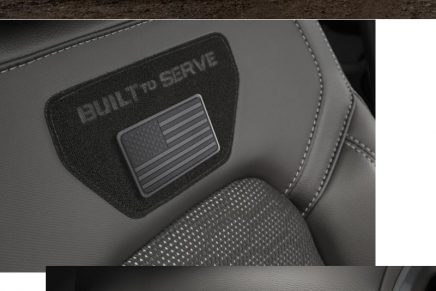 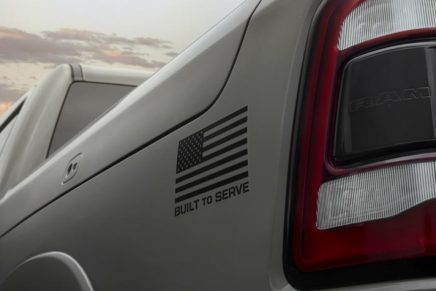 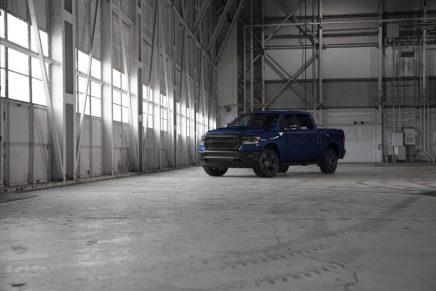