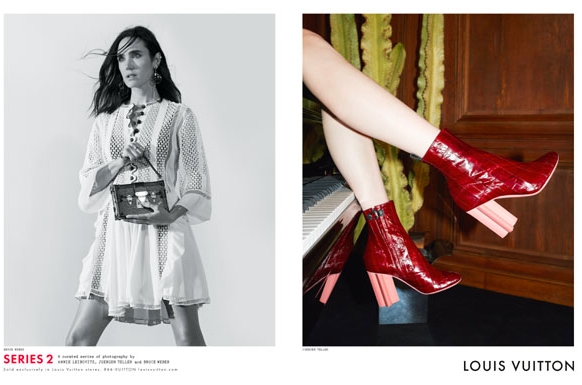 Nicolas Ghesquière‘s second Louis Vuitton ad campaign was entrusted to the same favorite photographers Annie Leibovitz, Juergen Teller and Bruce Weber. The new campaign echoes and prolongs its predecessor, “Series 1,” a project awarded with British Fashion Award for best campaign. Each of the photographers offered their distinctive take on Nicolas Ghesquière’s creations for the Fall/Winter 2014-2015 collection.

The photographers continue their exploration of the designer’s universe in “Series 2”, this time focusing their lenses on the Louis Vuitton Spring/Summer 2015 collection. “Series 2” marks the debut of the new face of Louis Vuitton, Jennifer Connelly.

“The idea behind the campaign is that fashion is all about what each individual brings to it, the designer, the photographer, the wearer or the artisan. Each has their own personal interpretation, each enriching the story,” explained the fashion house. 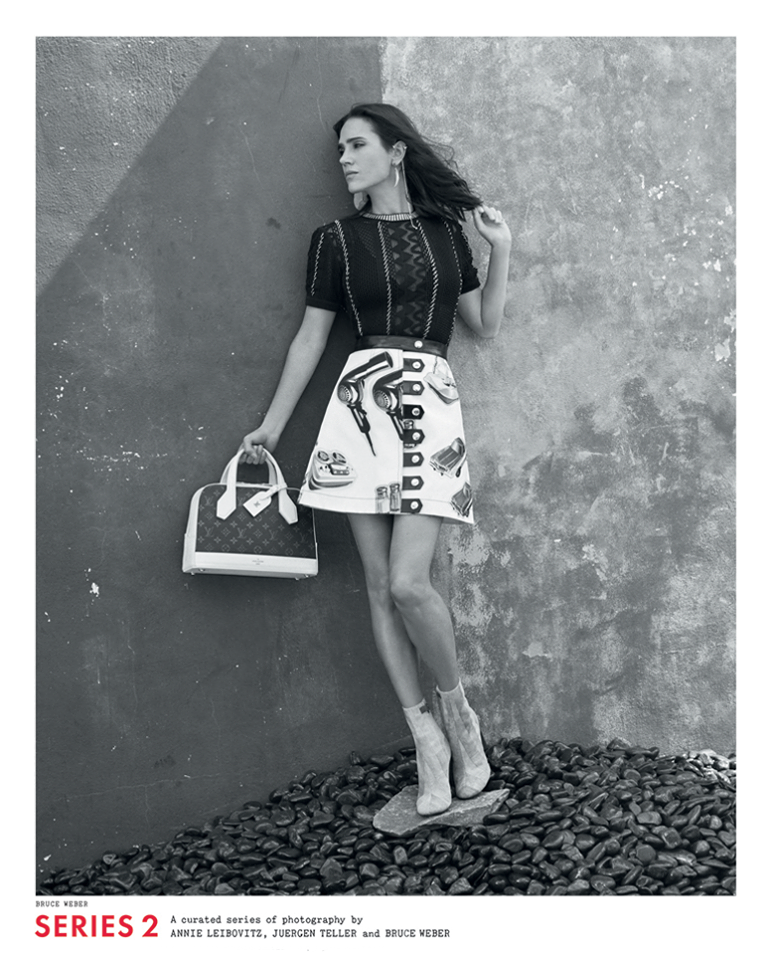 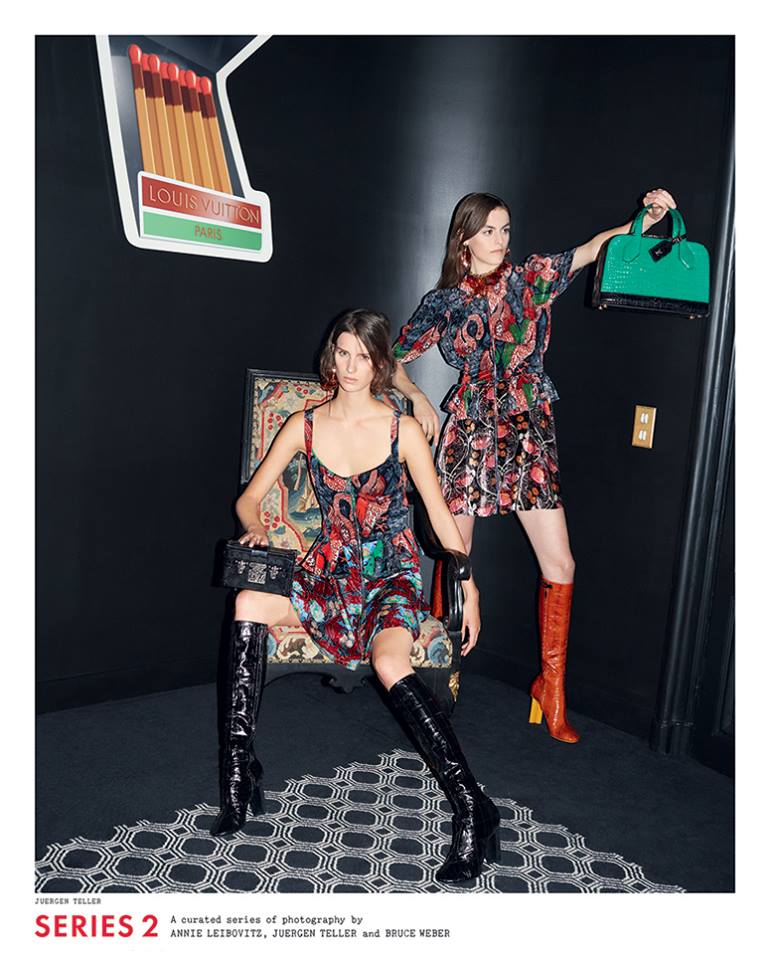 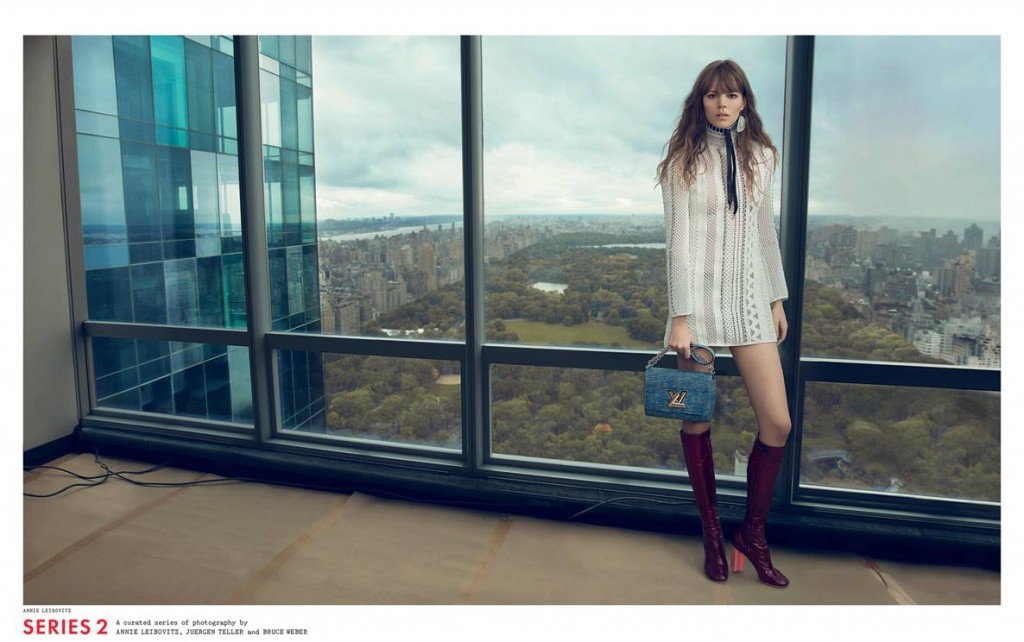