Jaeger‑LeCoultre’s Rare Handcrafts “Métiers Rares” celebrate the work of Ferdinand Hodler, one of the best-known Swiss painters of the nineteenth century. His early works were portraits, landscapes, and genre paintings in a realistic style.

In 1931, Jaeger-Le Coultre imagined a reversible watch that became an icon, the Reverso. The watch has a unique ability to reverse the concealed caseback and reveal fantastic works of art. This February, the Manufacture enamellers paid tribute to the art of Chinese ink painting by reproducing the famous painter Beihong’s work on the back of the Reverso. For Spring, Jaeger‑LeCoultre unveiled three Reverso timepieces in honour of acclaimed Swiss painter Ferdinand Hodler. 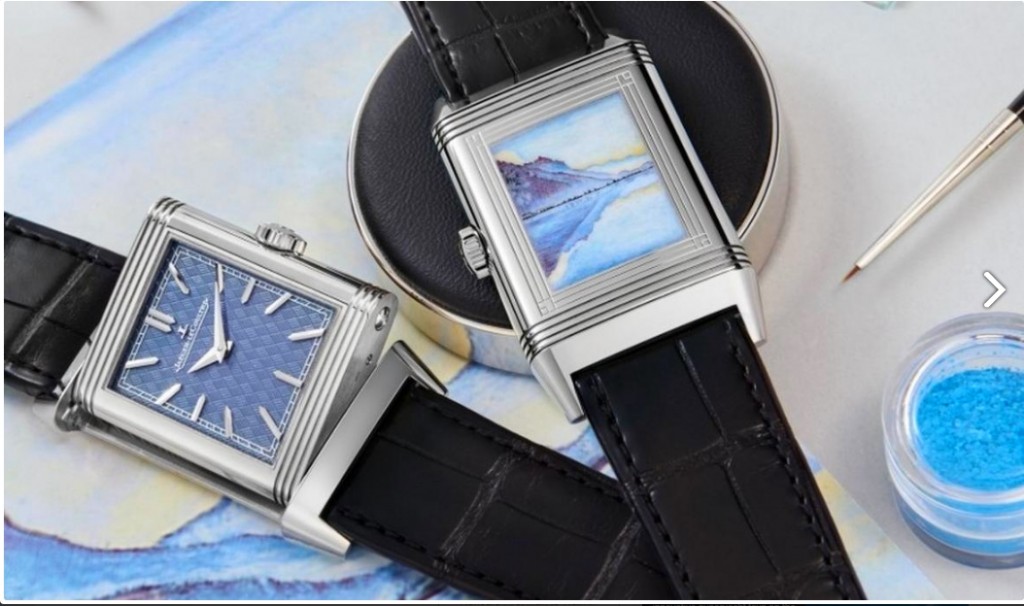 Both sides of each piece feature miniature reproductions of paintings by the Swiss artist Ferdinand Hodler in remarkable engraving and enamelling. photo: Jaeger‑LeCoultre/ jaeger-lecoultre.com

In a fitting commemoration of the 100th anniversary of Hodler’s death, landscapes of mountains and lakes, so characteristic of the painter’s work, were chosen to decorate the case of the Reverso Tribute Enamel. This watch, with its iconic Art Deco styling, features a white gold case that was specially created to serve as a canvas for the enamel miniature. The three models are each issued in eight-piece limited editions.

The Jaeger-LeCoultre Reverso Tribute Enamel series was inspired by Ferdinand Hodler’s masterpiece. To remind one of the majestic serenity emanating from Hodler’s work, artisan enamellers spent more than fifty hours on each watch reproducing the Master’s paintings as faithfully as possible. Each painting presented particular challenges for Jaeger‑LeCoultre’s enamellers. The main difficulty emerged from having to feature a large original painting on the 3cm2 surface area of the Reverso. 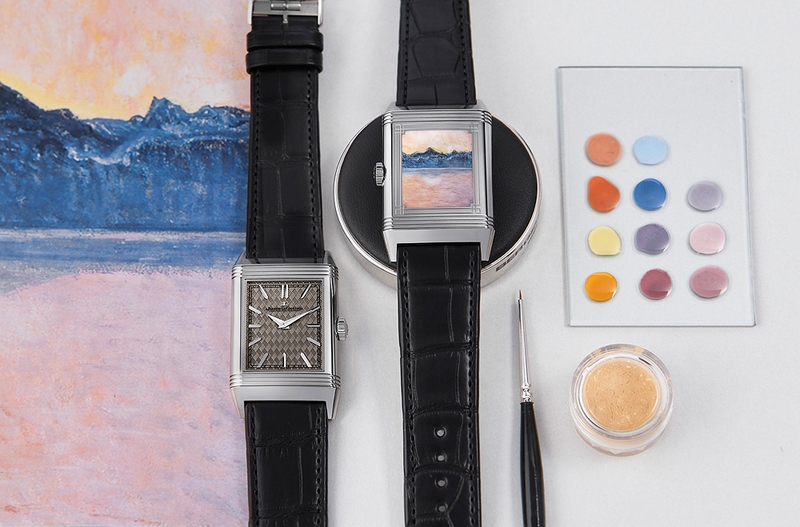 Remarkable guillochage work is featured on the front of the piece. Jaeger‑LeCoultre’s artisan guillocheur has embellished the dial with the help of a century-old machine requiring considerable expertise and years of experience. The dial’s small lozenges, giving the illusion as though they have been weaved, were created with finesse and delicate rendering. The engraving was then covered in translucent enamel. The colour of which, was carefully chosen to match the painting’s tone recreated on the reverse side.

On the reverse of the watch, the handcrafted engraving continues, with lines tracing out an elegant frame for each of the enamelled paintings. This incredible work is unique on each model, enhancing the reproduced paintings, it is also a fitting supplement to the three gadroons so emblematic of the Reverso watch. 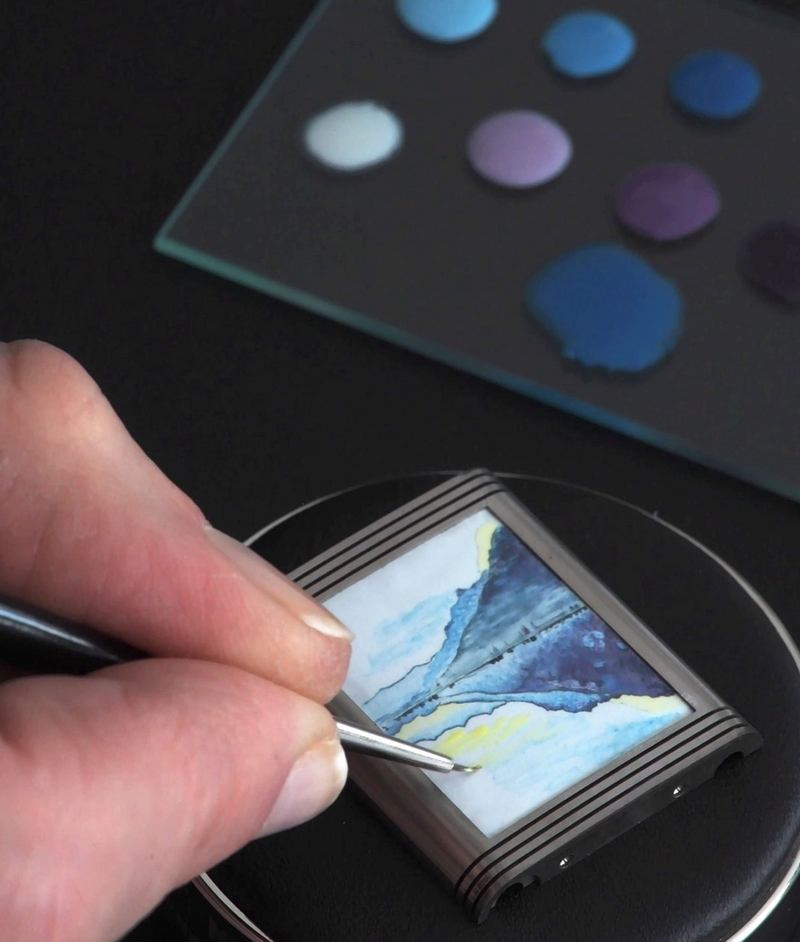 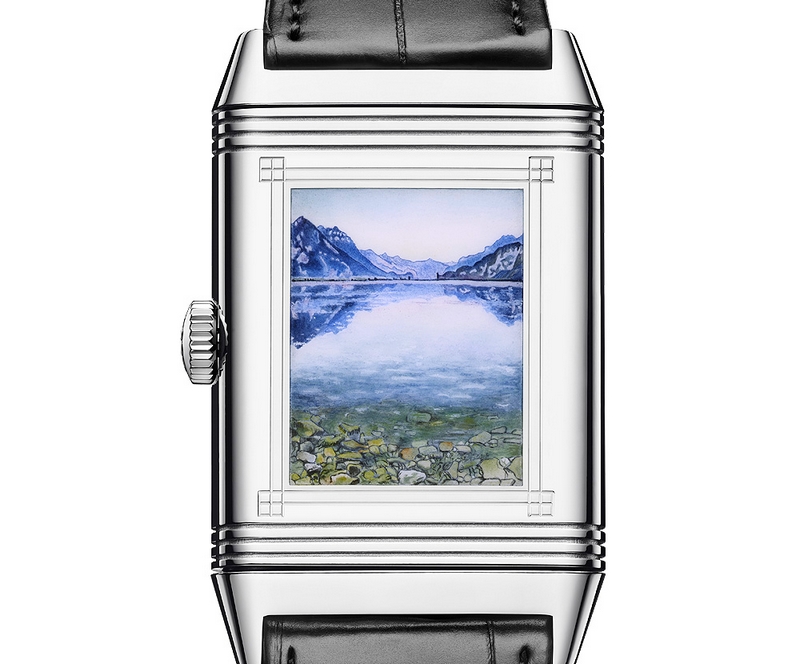 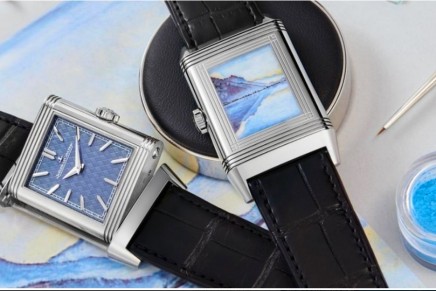 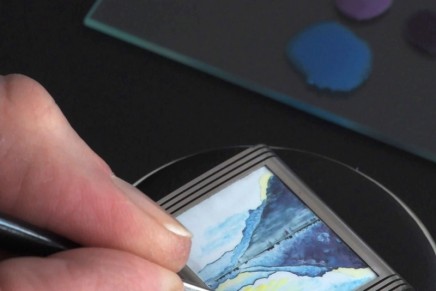 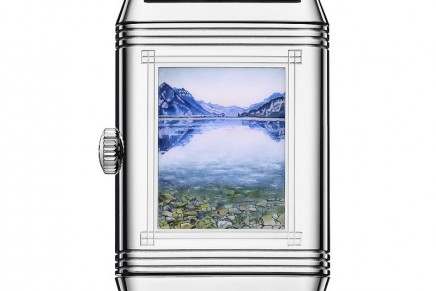