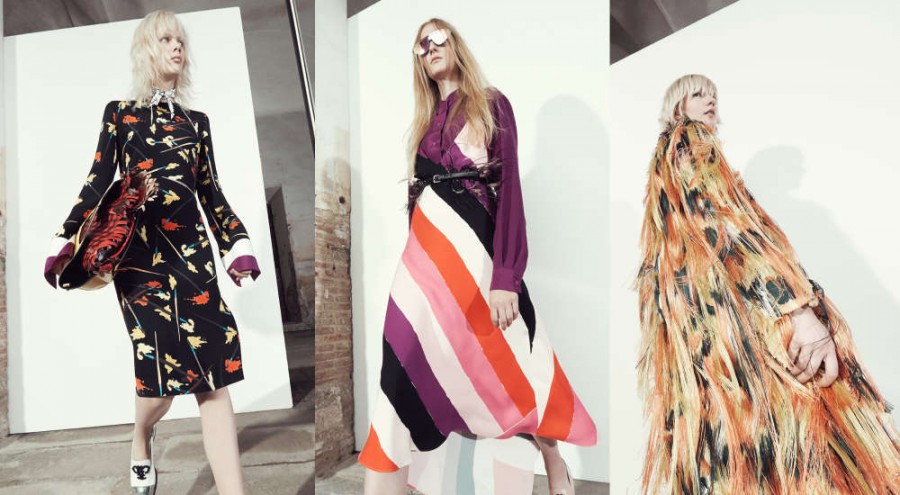 Like the test episode of a TV series, “The Pilot” collection was designed as a capsule collection that revealed the style Giorgetti intends to develop at the Italian luxury fashion house. 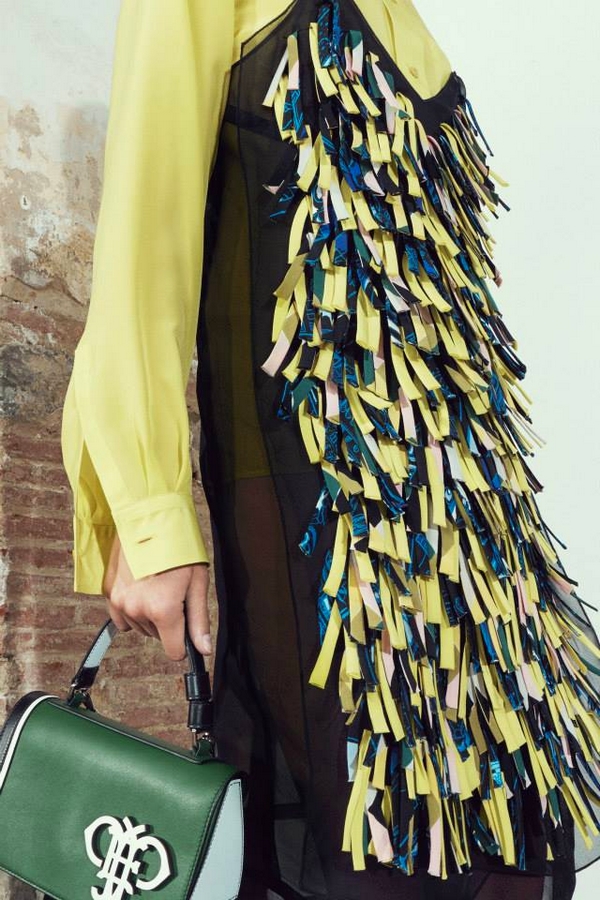 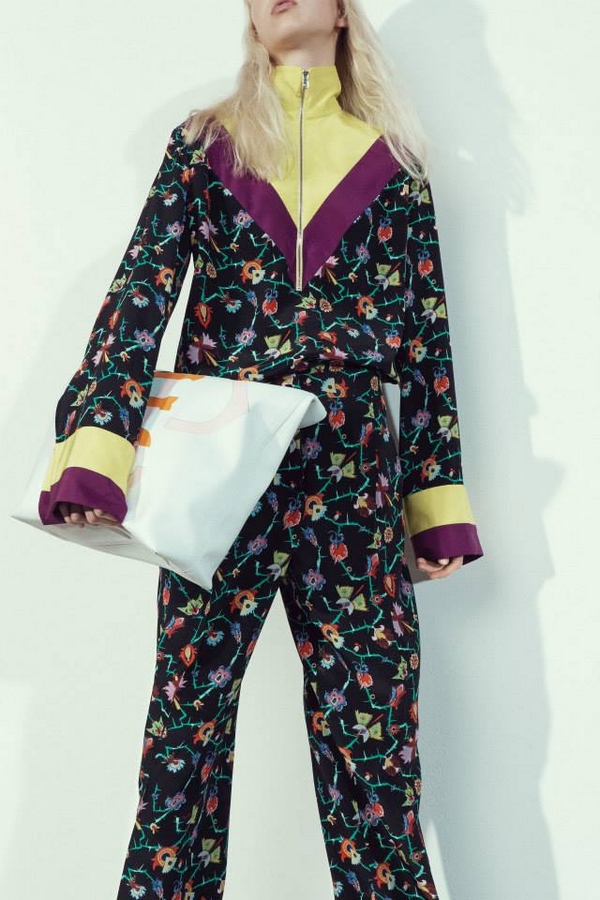 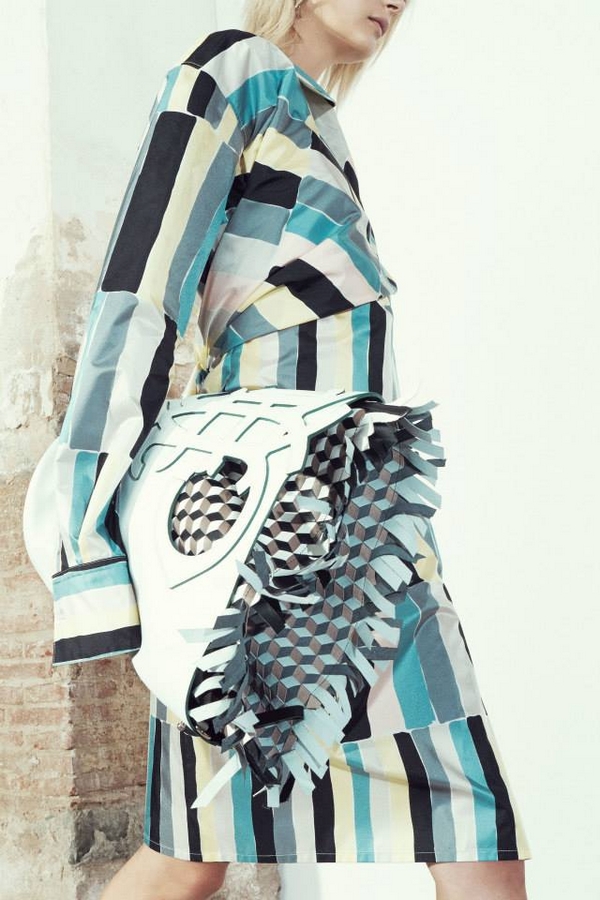 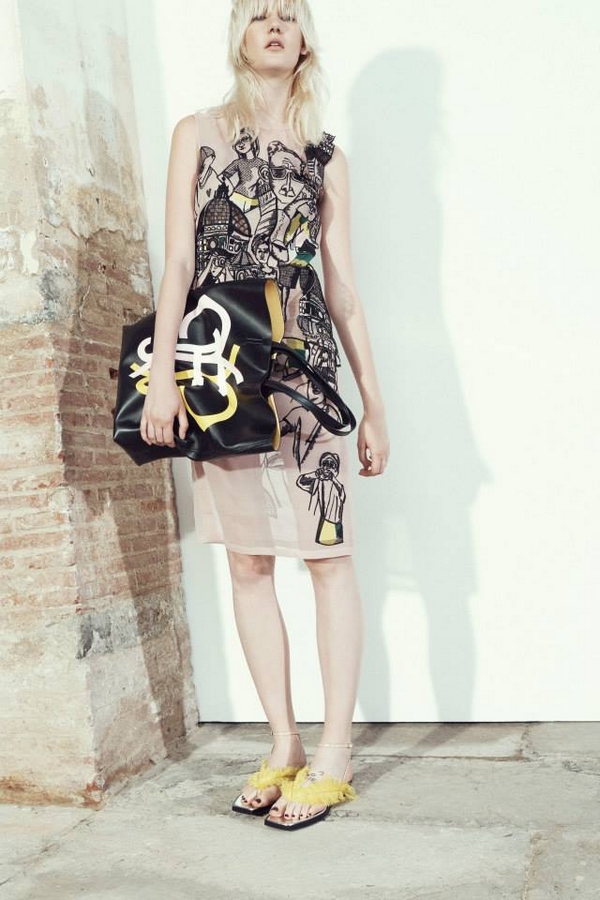 “Archive prints bring another Emilio to the fore: the painterly composer. New motifs add a dash of comic strip pop art irony as with the print “Tourists in Florence” which is also interpreted on embroideries. The new logo is a rhythmic pattern, intertwined with the Florentine lily,” explained the fashion house.

The scarf turns into a dress with a simple gesture, or creates a recurring theme in the form of a knot, like a scarf tied at the neck. The shirt is pivotal, as an item either to respect or deconstruct.Masculine loafers and flat sandals with feathers run throughout.The Pucci colors are reshuffled and remixed.

This interpretation of Pucci’s heritage was joined by Emilio Pucci’s first ever men’s ready-to-wear offering featured 4 masculine looks presented at the Florence show. 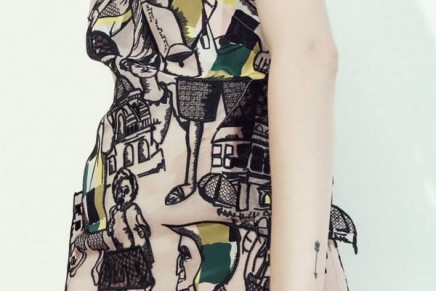 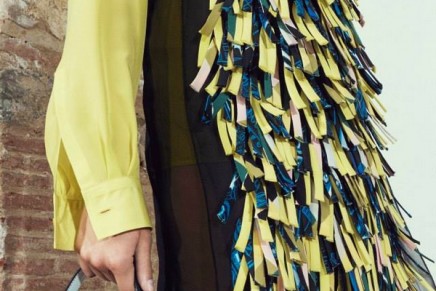 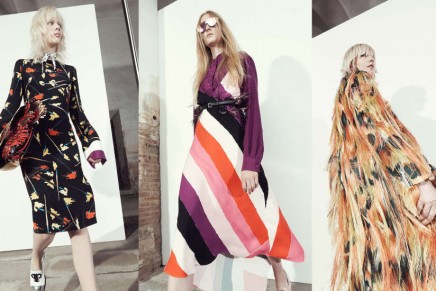 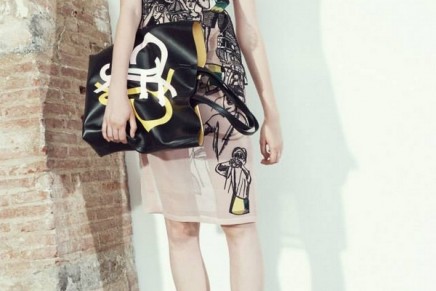 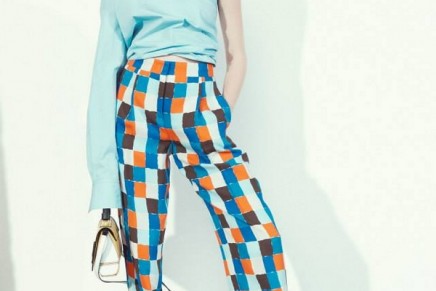 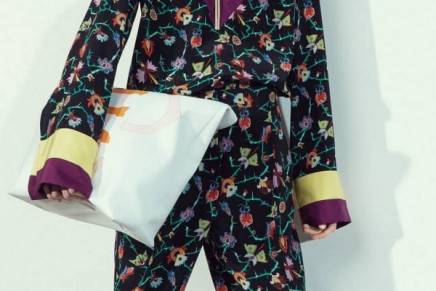 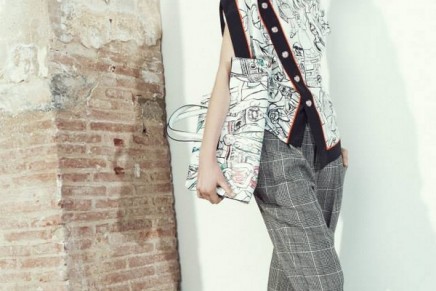 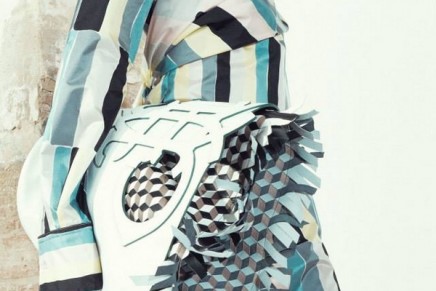