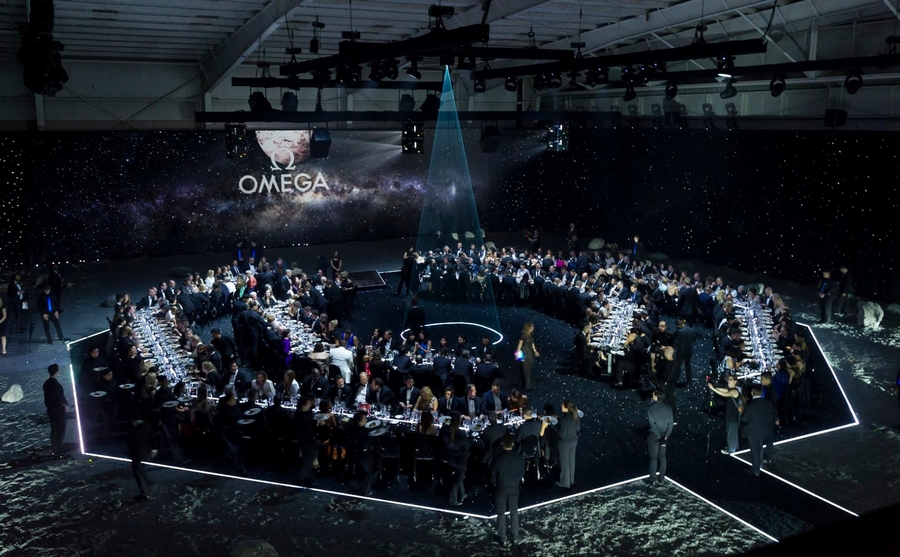 45 years ago, the OMEGA Speedmaster Professional played a major role in bringing the three Apollo 13 astronauts back to Earth. The oxygen tank on the Apollo 13 Service Module had exploded and the three astronauts’ lives were in danger. To safely re-enter Earth’s atmosphere, they had to perform several mid-course corrections. With the Lunar Module powered down, the crew used their OMEGA Speedmaster Professionals to time the critical engine burns that realigned the craft for re-entry. 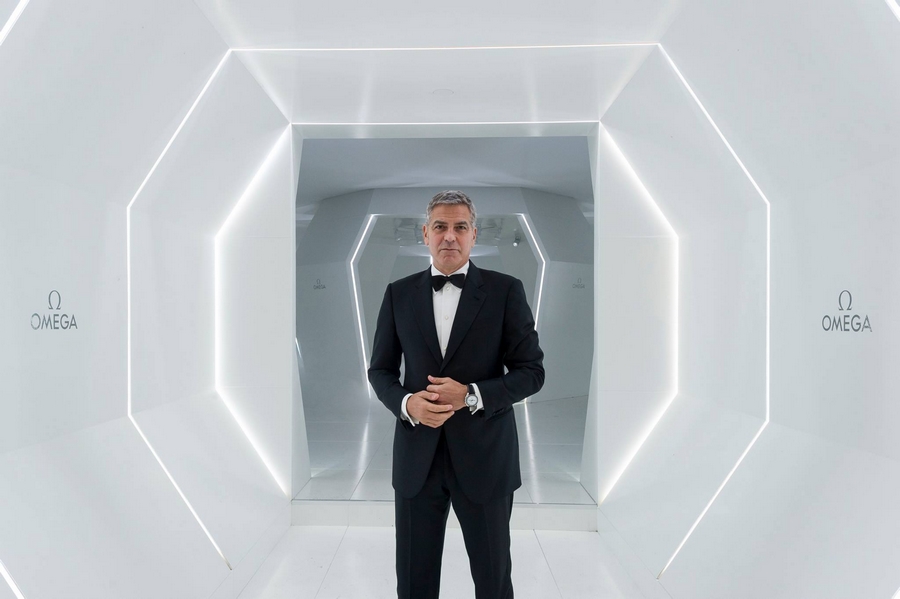 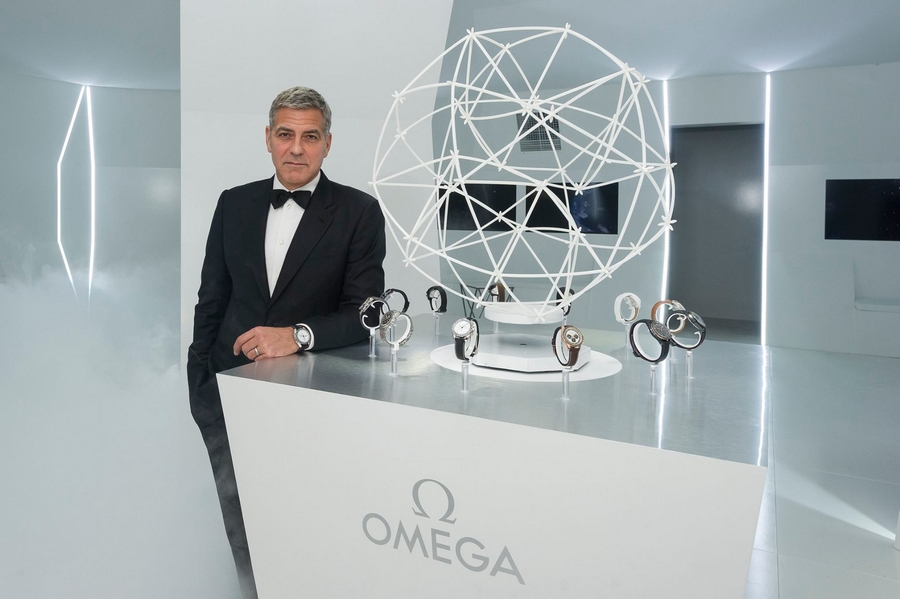 Swiss Luxury Watch Manufacturer OMEGA celebrated the dedication to space travel and its history as the first watch worn on the moon with a stellar event where Omega’s brand ambassador George Clooney joined a host of legendary astronauts. On May the 12th this year, a special event was hosted in Houston, Texas. A huge aircraft hangar was transformed into a starry universe. Among the guests were astronauts Gene Cernan, General Thomas Stafford, Captain James Lovell, prominent members of the Houston community including style icon Lynn Wyatt, philanthropist Becca Cason Thrash, NFL player Chester Pitts, actress Joanna Garcia Swisher as well as a whole host of industry legends.

“This was a time for us in our country when we needed these people to dream.” said George Clooney. “You gentleman are an inspiration to all of us here and I have to tell you what an honor it is to be standing up here with you.” 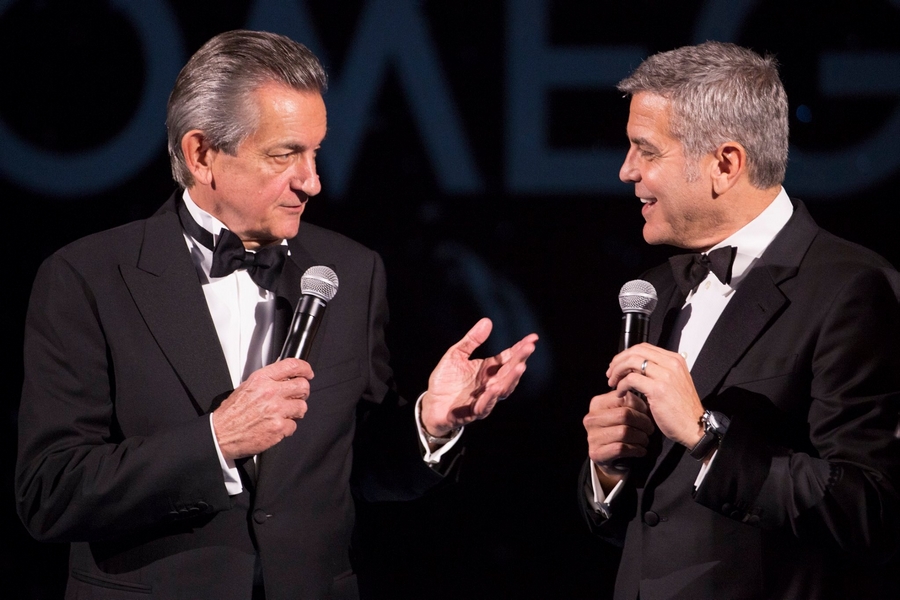 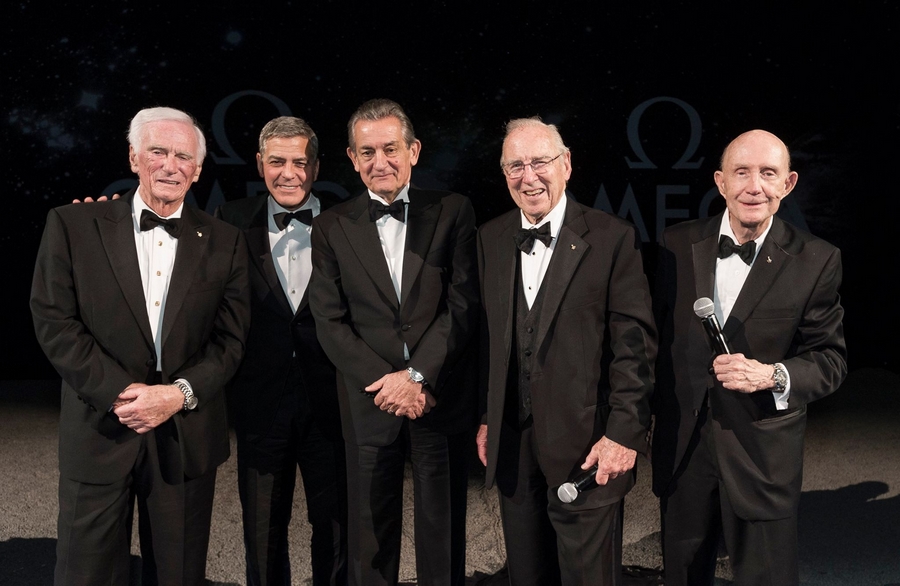 Clooney was just 8 years old at the time of the first moon landing when the Speedmaster became an instant icon. Known as “The Moonwatch“, it has traveled together with the most courageous and spirited astronauts in history.

Since then, it has accompanied astronauts on all six lunar landings, cementing an indestructible bond between OMEGA and space flight. OMEGA President Stephen Urquhart summed up the unique relationship with the Apollo 13 mission:

“For OMEGA it was an unbelievable story. It could have been a disaster but turned out fantastic and today it’s an incredible part of our heritage.”

OMEGA also introduced a new generation of Speedmaster watches for 2015. The 2015 collection includes a new Speedmaster ’57, the Apollo 13 Silver Snoopy Award, and the radiant White Side of the Moon, inspired by the lunar glow that we see from Earth. 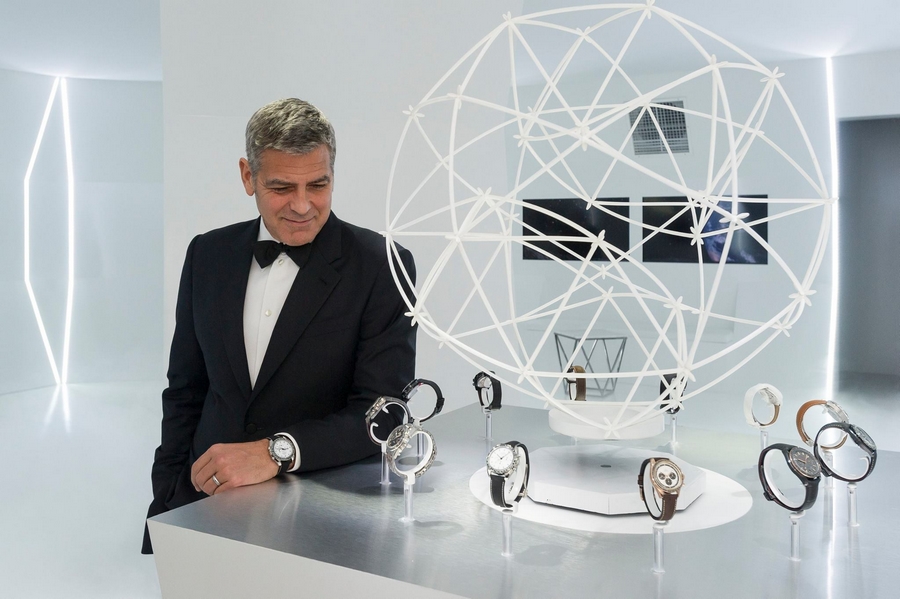 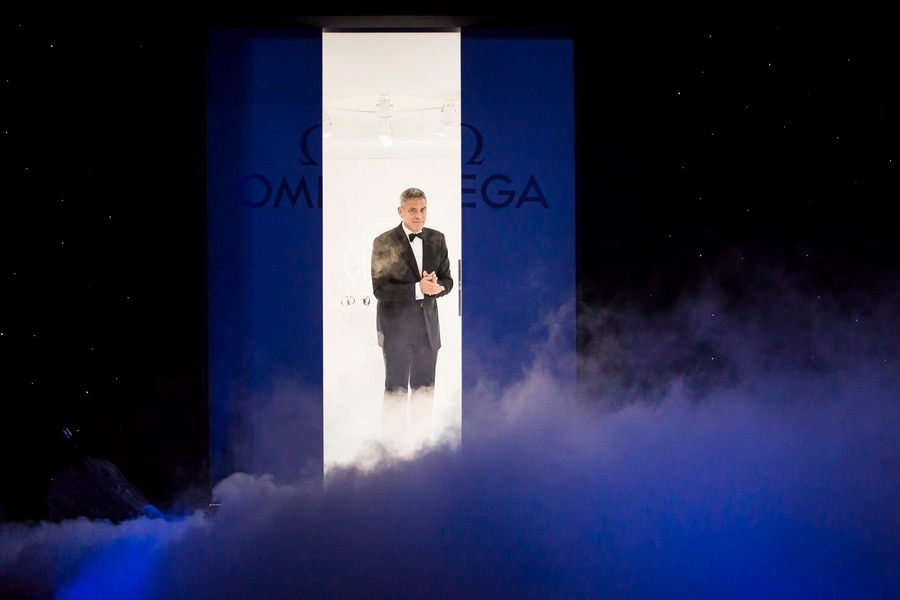 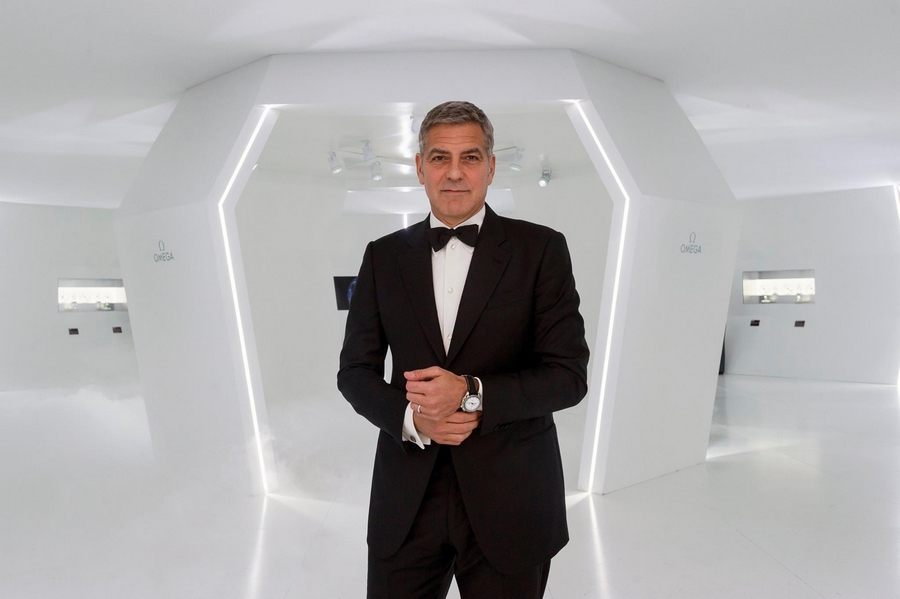 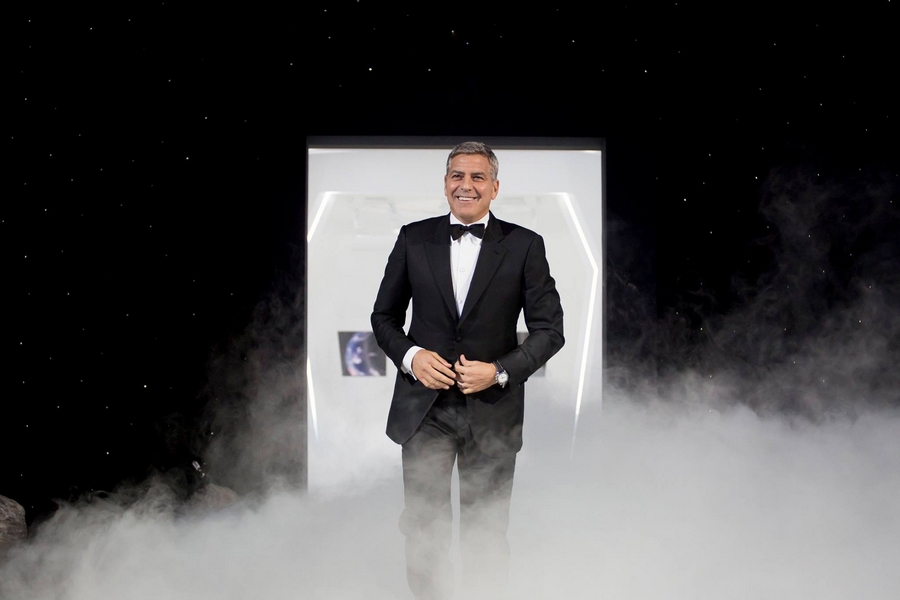 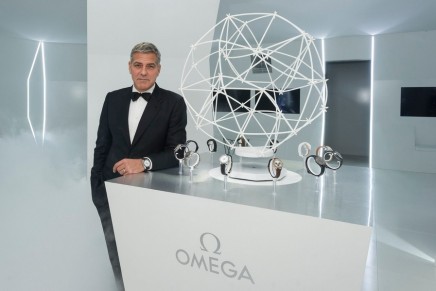 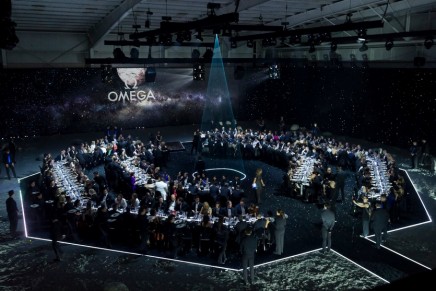 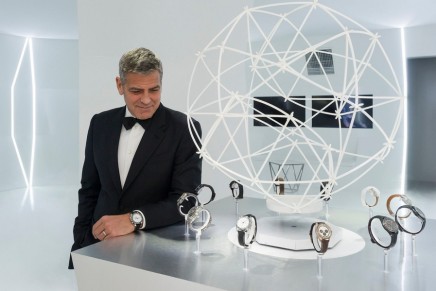 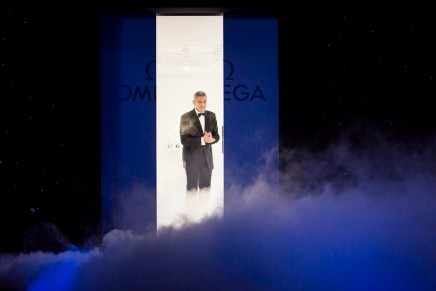 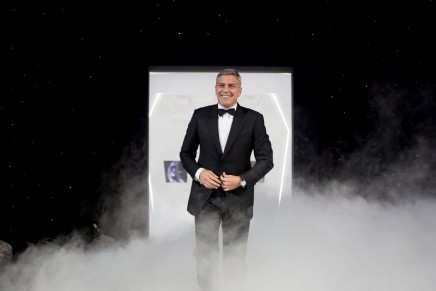 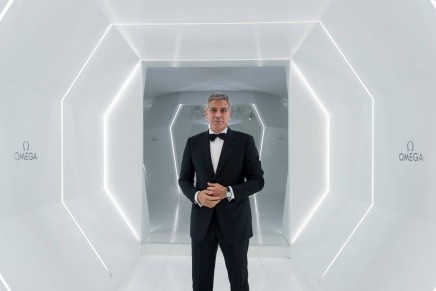 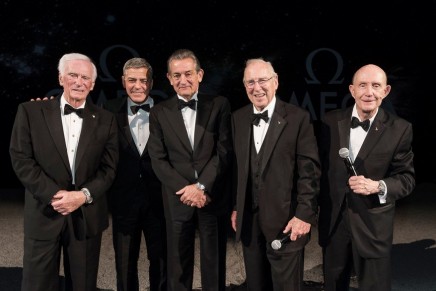 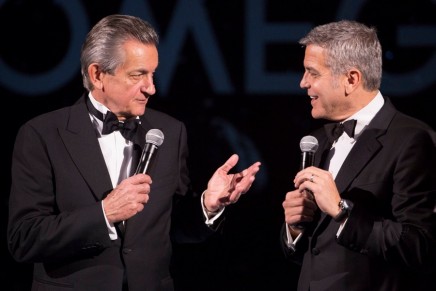